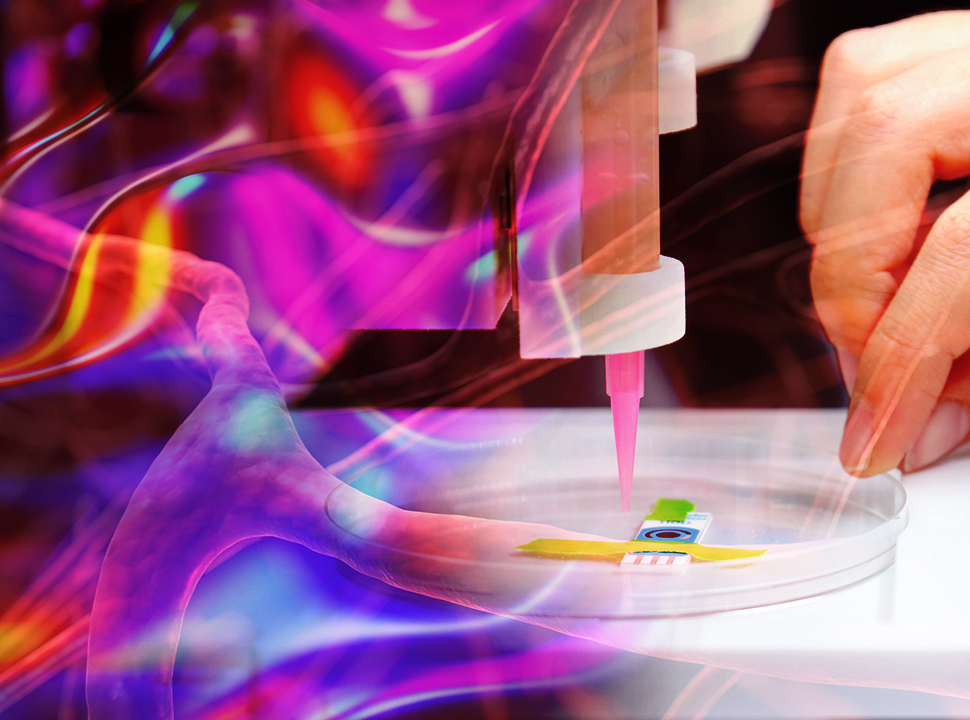 Advanced Manufacturing Biomedical Engineering Technology and Society
Vascular diseases, such as clots, aneurysms and other abnormal conditions of blood vessels, contribute to more than 31 percent of deaths globally. Despite that number, cardiovascular drug treatments in the last two decades have barely advanced. Researchers in the Department of Biomedical Engineering at Texas A&M University want to change that.

Led by Akhilesh Gaharwar, associate professor of biomedical engineering, and Abhishek Jain, assistant professor of biomedical engineering and medical physiology, the team has designed a 3D-printed blood vessel model that replicates the healthy and diseased state of a human blood vessel. The work, recently published in Advanced Healthcare Materials, could lead to advancements in cardiovascular drugs, other treatments, and additional research.

Cardiovascular drugs typically take a long time to develop, bring to trial and release to the market. Many pre-clinical trials fail because they are primarily conducted on animal models, which do not match the physiology of a human model. 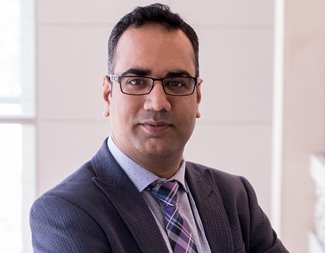 Akhilesh Gaharwar leads research team 3D printing blood vessels.
“The animal and the human type of physiology are very different. When things work in an animal model, it is not necessarily true that it will also work in human subjects,” Gaharwar said. “And that is the reason why the drug development is slowed so much.”

To bypass the use of animal models, researchers build replicas of human blood vessels by 3D printing layers of bioink, which typically is a hydrogel made from a water-soluble polymer embedded with human cells. The problem is that the common bioink most researchers use is too soft to support the layers needed to build a serviceable vessel that protects human cells and maintains its integrity during research, Gaharwar said. The ink, due to its high viscosity, is also difficult to print. Those weaknesses prevent researchers from effectively printing anatomically correct blood vessels with high shelf lives, he said.

More for You: 3D Bioprinter Prints Healthy Skin onto Patients in Minutes

The researchers embedded the gel with human endothelial cells, those that line blood vessels and regulate the exchange between blood and surrounding tissues, and smooth muscle cells, which maintain the integrity of the arterial walls.

The new ink is roughly 100 times strong than many of those currently used and achieves a lower viscosity for easier printing, Gaharwar said.

When mixed together in a specific ratio the components created a gel with ideal shear-thinning properties, which provide several benefits to creating the vessel. Pressure applied to the gel during extrusion, for example, causes it to thin for easier and more accurate printing. Once the pressure is lifted, the gel retains its original form and protects the cells, even at high density, giving the 3D-printed vessels a longer shelf life than in the past, about a month in this case.

“The shear-thinning properties allow the gels to flow and gives it higher printability,” he said. “The cells also don’t experience mechanical deformation that kills them. They’re able to maintain a very healthy phenotype and remain viable for a really long time.”

Figuring out a way to physically protect the cells, which mechanical forces often destroy when they are embedded in common bioinks, was one of the team’s major engineering challenges. Designing the gel as a non-Newtonian fluid, one that changes viscosity under pressure (toothpaste is another example), was the solution, Gaharwar said.

Another important observation the researchers made in the cultured model is that certain cytokines, which detect infection and alert immune system cells to prevent cell injury and initiate tissue repair, are stimulated. “We saw that the cells behave in a very similar manner as they behave in human body,” he said.

Listen to Our Poscast: Advances and Challenges of 3D Bioprinting in Space

The team achieved another engineering feat, Gaharwar said, by converting a $200 off-the-shelf thermoplastic printer into a bioprinter, which can cost up to $100,000. To accomplish that, the researchers 3D printed a new printing head that would hold the syringe with the bioink, optimize the extrusion rate of the material, and integrate better with the control software. They simply replaced the standard head with the new one. Gaharwar plans to make the design open source so others can benefit from the cost savings.  “Trial and error was how we were able to change the head over time,” he said.

The full findings have given the researchers confidence that their bioprinted vessels have the potential of becoming an important tool in the understanding of vascular disease, development of future treatments, and analysis of chemicals and toxin.

That is the current goal. The original goal of the project was to replicate the exact human physiology of the blood vessel and graft it directly to damaged ones inside a human. That turned out to be a bit more challenging than creating the model vessel.

“That is certainly our aspirational goal,” Gaharwar said of his earlier plan.

Jeff O'Heir is an engineering and technology writer in Huntington, N.Y.