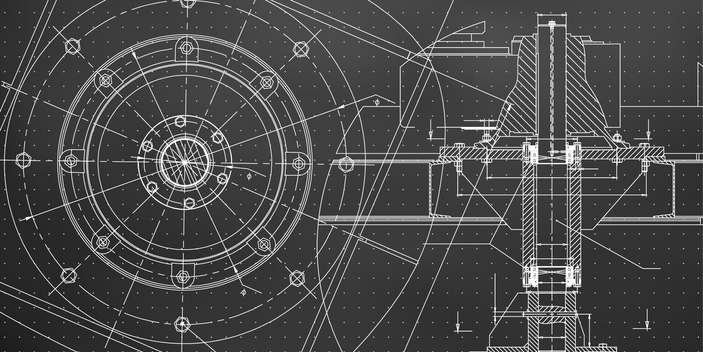 Enroll into ASME Y14.5 Geometric Dimensioning and  Tolerancing (GD&T) Design and Applications Combo Course  and save $295.

Learn how to take the guesswork out of the manufacturing process, to improve quality and avoid costly mistakes.

Not only is ASME’s Y14.5 Standard considered the authoritative guideline for the design language of geometric dimensioning and tolerancing (GD&T); it is essential in ensuring that drawing information and symbols are being interpreted and communicated properly. Establishing uniform practices for stating and interpreting GD&T on engineering drawing and related documents is a critical component of the manufacturing of a part. These good design best practices are directly related to a product’s innovation, beauty and success.

This official ASME course is based on the latest ASME Y14.5-2018 Standard and makes the GD&T concepts easy to learn and apply.  By combining lecture with animated graphics and display models, this course aims to ensure that all students are engaged throughout.

By participating in this course, you will learn how to successfully:

Who Should Attend
The Designer, the approver/decision maker, and anyone who needs to read and/or interpret engineering drawings and their intent. Engineering, designing, drafting, quality control, procurement, tolling, production, purchasing, manufacturing, CAD inspection, and shop personnel.

Topics covered in this course include:

Introduction to Geometric Dimensioning and Tolerancing

How the Geometric System Works:

Scott Neumann is President of GeoTol, Inc. He specializes in geometric tolerancing product definition, tolerance stack-up analysis, measurement data and inspection techniques. Scott has presented hundreds of geometric tolerancing training programs to engineering, manufacturing, and quality personnel at major corporations in the US and worldwide since 2007. Scott has also practiced consulting and mentoring to improve product documentation and inspection methods on a variety of products. The industries include aerospace, defense, automotive, medical, industrial, and consumer products. He has coauthored three textbooks and video programs on the subject: GeoTol Pro 2020 to the Y14.5-2018, GeoTol Pro to Y14.5-2009, and GeoTol Applications and Tolerance Stacks. Scott is 2009 Senior Level GDTP certified to ASME Y14.5.2 and is an active member of the following committees related to GD&T:

Patrick J. McCuistion, PhD, GDTPS, was an Associate Professor in the Engineering Technology and Management Department at Ohio University for 25 years. He taught Engineering Graphics, Geometric Dimensioning and Tolerancing, Dimensional Analysis, Quality Management Systems, Microsoft Office Suite, and Technical Writing. Prior to that, he taught three years at Texas A&M University and one year at Pittsburg State University. He worked eight years in various engineering design, drafting, and design and drafting checking positions. He has provided instruction in geometric dimensioning, dimensional analysis, gage and fixture design, and dimensional metrology to industry, military, and educational institutions since 1986. He is certified as an ASME Geometric Dimensioning Tolerancing Professional – Senior grade and as an ADDA Mechanical Drafter.

As Chair of the national SkillsUSA Technical Drafting competition, Dr. McCuistion creates the yearly design and drafting problem with solutions and a written test and coordinates all competition details.  The problem to be solved includes drawing and assembling 3D computer models of a product and creating dimensioned 2D views of those models based on national drawing standards.

Ed is Senior Level GDTP certified to ASME Y14.5.2 and is an active member of the following committees related to GD&T:

John I. Miles is a Senior Instructor, coach, and mentor.  He has over 35 years’ experience as a Senior Tool Designer and Dimensional Management SME, which includes 12 years as a quality tool designer and 16 years as a GD&T (Geometric Dimensioning and Tolerancing) specialist and trainer.  John retired from Lockheed Martin Aeronautics Co. in Fort Worth, TX in 2014, after 28+ years.  He was the Lockheed Martin Corporate subject matter expert for dimensional management – GD&T and was the chair of the Corporate Community of Practice (CoP). John has taught over 5,400 individuals in various levels of GD&T throughout the corporation and with their many machine parts suppliers both domestic and international.  John was instrumental in the transition from fully dimensioned 2D drawing practices to a model-based definition (MBD – reduced dimensioned drawing) concept for the F-35 program as well as others throughout the corporation.

John has a down to earth presentation style of instruction and adds humor and fun to the learning experience which produces high ratings from those attending his GD&T and Engineering Drawing Standards Seminars. John stresses that no question is too small and that even the simplest question answered incorrectly can be costly to their company.

John is an ASME Senior Level GD&T Professional S-0650. John has been attending various ASME standards committee meetings since 1988 and he is an officer and/or member of the following: