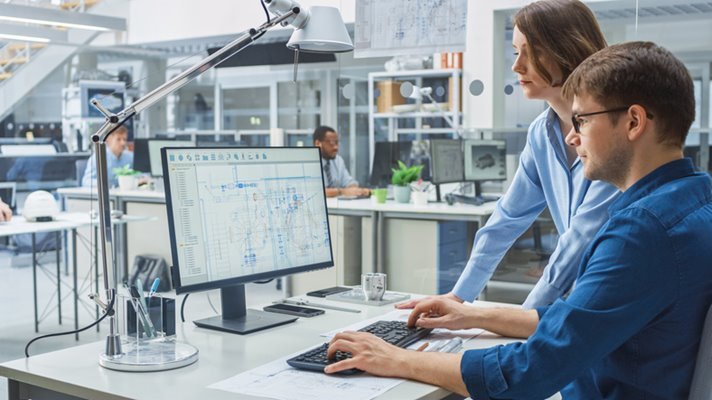 In this GD&T Learning Path, you will learn the skills needed to interpret engineering designs and avoid mistakes that occur during the manufacturing process. The common language known as GD&T can help facilitate communication amongst key team members responsible for the production of a part. GD&T is an essential tool for communicating design intent – how the parts from technical drawings have the desired form, fit, function, and interchangeability.

This Learning Path consists of the following courses:

Scott Neumann is president of GeoTol, Inc. He specializes in geometric tolerancing product definition, tolerance stack-up analysis, measurement data, and inspection techniques. Scott has presented hundreds of geometric tolerancing training programs to engineering, manufacturing, and quality personnel at major corporations in the US and worldwide since 2007. Scott has also practiced consulting and mentoring to improve product documentation and inspection methods on a variety of products. The industries include aerospace, defense, automotive, medical, industrial, and consumer products. He has coauthored three textbooks and video programs on the subject: GeoTol Pro 2020 to the Y14.5-2018, GeoTol Pro to Y14.5-2009, and GeoTol Applications and Tolerance Stacks. Scott is 2009 Senior Level GDTP certified to ASME Y14.5.2 and is an active member of the following committees related to GD&T:

Patrick J. McCuistion, Ph.D., GDTPS, was an Associate Professor in the Engineering Technology and Management Department at Ohio University for 25 years. He taught Engineering Graphics, Geometric Dimensioning and Tolerancing, Dimensional Analysis, Quality Management Systems, Microsoft Office Suite, and Technical Writing. Prior to that, he taught three years at Texas A&M University and one year at Pittsburg State University. He worked eight years in various engineering design, drafting, and design and drafting checking positions. He has provided instruction in geometric dimensioning, dimensional analysis, gage and fixture design, and dimensional metrology to industry, military, and educational institutions since 1986. He is certified as an ASME Geometric Dimensioning Tolerancing Professional – Senior grade and as an ADDA Mechanical Drafter.

As Chair of the national SkillsUSA Technical Drafting competition, Dr. McCuistion creates the yearly design and drafting problem with solutions and a written test and coordinates all competition details.  The problem to be solved includes drawing and assembling 3D computer models of a product and creating dimensioned 2D views of those models based on national drawing standards.