ZABC73 - Y14.5-2018 Dimensioning and Tolerancing (GD&T) Overview has been added to your cart.
View Cart
Courses

Comprehensive examination of the ASME Y14.5 - 2018 Dimensioning and Tolerancing Standard 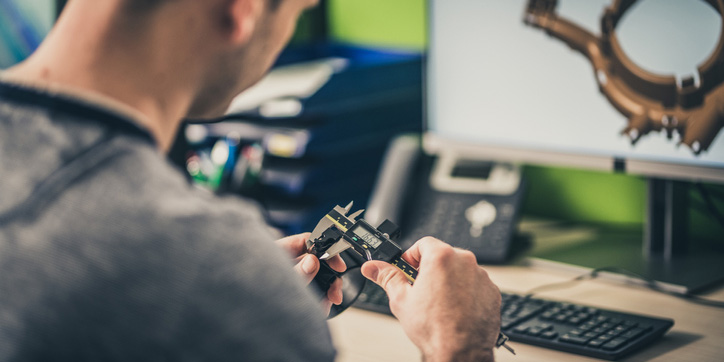 Companies involved with making salable products rely on their products being acceptable to their customers, and this acceptance starts with a well-defined product.  Drawings are used to define the product. Drawings have dimensions that define boundary conditions for individual features. Geometric Dimensioning and Tolerancing (GD&T) provides a common language for all areas involved in product realization. Proper dimensioning allows dimensional analysis before part production and verification of finished parts.

This course allows a comprehensive examination of the contents of the ASME Y14.5 - 2018 Dimensioning and Tolerancing Standard. The information in this Standard shows standardized methods for applying dimensions and tolerances through a language of letters, numbers, and special symbols. The Standard is adopted by the U.S. Department of Defense, all branches of the U.S. military, and thousands of companies in many countries. The course covers the twelve sections and five appendices of the ASME Y14.5 Standard.

You will learn to:

Who Should Attend
This course is designed for personnel involved in engineering, design, drafting, quality assurance, procurement, tooling, production, purchasing, inspection, and anyone who wants to learn more about geometric dimensioning and tolerancing (GD&T) and the Y14.5 Standard.

Expand
This course is included in the following Learning Path: Module 2 - Datum Reference Frames and Tolerances of Form and Orientation

Patrick J. McCuistion, Ph.D., GDTPS, was an Associate Professor in the Engineering Technology and Management Department at Ohio University for 25 years. He is active in many committees, including ASME Y14.5 Dimensioning and Tolerancing.