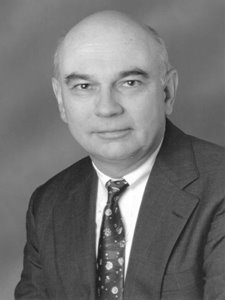 An ASME Honorary Member and Fellow who was a major proponent of innovation and lifelong learning during his term as president in 1994-1995, Torpey was a recognized leader in the mechanical engineering profession. During his distinguished career, he made significant contributions to the electric utility industry at companies including Bell Telephone Labs and Consolidated Edison Company of New York as well as organizations including the Electric Power Research Institute (EPRI) and the Empire State Electric Energy Research Corporation (ESEERCO). He was also active within the engineering professional society community, as evidenced by his many years of leadership service at ASME.

Torpey’s engineering career began at Bell Telephone Labs in New York, where he was influential in the development of aircraft derivative gas turbines used to provide backup power for the United States’ telecommunications network. After joining Con Edison in 1970, he helped the company launch one of the earliest electric utility research departments and a variety of projects related to environmental control, advanced energy conversion, robotics, energy conservation and renewable resources.

During the 1970s, he was also a key figure in the formation of EPRI and ESEERCO — two energy organizations that have conducted extensive research exploring efficient energy utilization, environmental protection, cleaner advanced energy sources, and improved methods for the transmission and distribution of electric energy. Torpey, who assumed the role of ESEERCO’s administrator in 1974, steered that organization through its evolution from a group focused on nuclear research into a research consortium that conducted a wide range of electric energy research projects for the electric utilities in New York State.

After an additional dozen years working at Con Edison, Torpey returned to ESEERCO in 1988 as the organization’s executive director. ESEERCO grew into a $20-million operation by the early 1990s under his direction, and received numerous awards, including 11 R&D awards from R&D Magazine. He retired as ESEERCO’s executive director in 1999.

Outside of the power industry, Torpey established himself as a prominent leader during his nearly 60 years as an ASME member. He served as the Society’s 113th president in 1994-1995, and held a number of prominent ASME leadership positions, including member of the Board of Governors from 1989-1993, ASME’s vice president of research from 1984-1988, chair of the Society’s Leadership Development Initiative from 1992-1997, chair of the Fellows Review Committee from 2002-2004, and member of the ASME Auxiliary from 1994-1996. Following his presidency, he was also active in the History and Heritage Committee, the ASME Research Board and the Committee on Staff.

Torpey received the ASME Centennial Medal and Dedicated Service Award in 2008 for his work with the Society, and was named an ASME Honorary Member in 2011 for “outstanding leadership in the electric utility research field that significantly advanced modern power systems, and for enlightened and insightful activities in engineering societies that improved the quality of the profession.” He received both a bachelor’s degree and a master’s degree in mechanical engineering from Columbia University in 1959 and 1960, respectively.