Nominations are being accepted now 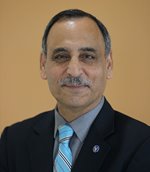 Sarim Naji Al-Zubaidy
ASME member Sarim Naji Al-Zubaidy, Ph.D., P.E., appointed executive vice president of the University of the Bahamas, was named the 2021 recipient of the Ben C. Sparks Medal. This medal recognizes eminent service to mechanical engineering or engineering technology education through outstanding contributions that bring innovative, authentic, practice-based, engineering design/build experiences to undergraduate students. The recipient of the award receives a certificate, a bronze medal, and a $1,000 honorarium.

Al-Zubaidy was cited, “for transforming engineering education through outstanding contributions including the design of the Make Space lab, a cost-effective and integrated environment to support project-based and problem-based learning for all engineering disciplines; and the introduction of engineering systems design courses at the three universities to expose students to the world of engineering through a mix of design projects, interactive workshops and lectures.”

Al-Zubaidy is a mechanical professional engineer and chartered environmentalist. He has experience in executive, administrative and academic positions in a variety of higher-education institutions in New Zealand, Australia, Malaysia, Kazakhstan, UAE, Oman, U.K., and the Caribbean. He has championed integrated approaches to academic practice in order to meet the vision of institutions to be leading centers of excellence in these countries.

A team of educators at the University of Michigan and ASME members Mr. Michael M. Umbriac, Dr. Jesse Austin-Breneman, Dr. Daniel R. Cooper, and Dr. Panos Y. Papalambros were named the 2020 recipients of the Ben C. Sparks Medal, “for pioneering and sustained innovation in undergraduate education through an introductory course on design and manufacturing that exposes students to the design–analyze–build–test cycle of mechanical systems.” 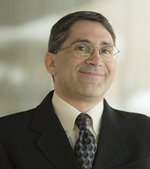 Michael M. Umbriac
Umbriac is a lecturer who teaches sophomore and junior level design and manufacturing courses (ME250 and ME350) in the mechanical engineering department at the University of Michigan. As part of his role, he has helped to develop and implement several new experiential learning projects for teams of students. Before joining the University of Michigan faculty in 2010, he worked for 17 years as a manufacturing engineer for engine assembly at Ford Motor Company. 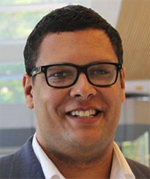 Jesse Austin-Breneman
Austin-Breneman is an assistant professor of mechanical engineering at the University of Michigan. He earned his Ph.D. in mechanical engineering in 2014 from MIT. He also holds a S.M. in mechanical engineering from MIT and a B.S. in ocean engineering, also from MIT. Before his academic career, he worked as a development engineer in Peru, working with rural communities on alternative business opportunities and with local doctors’ groups on medical device development. He currently is the director of the Global Design Laboratory. The group focuses on developing design processes and support tools to help multidisciplinary design teams think at a systems-level when performing complex system design tasks. 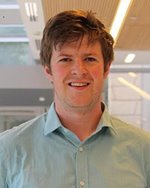 Daniel R. Cooper
Cooper received his bachelor’s, master’s, and doctoral degrees in mechanical engineering from the University of Cambridge before completing a post-doc at MIT sponsored by Ford Motor Company. He is now an assistant professor within the mechanical engineering department at the University of Michigan. His new Resourceful Manufacturing and Design Group (ReMaDe) empowers U.S. manufacturers to achieve sustainability through process and supply chain innovations in resource efficiency. 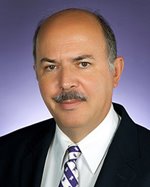 ASME Fellow Efstathios E. Michaelides, Ph.D., P.E., professor and chair of engineering at Texas Christian University, was named the 2021 recipient of the Edwin F. Church Medal. This medal recognizes an individual who has rendered eminent service in increasing the value, importance, and attractiveness of mechanical engineering education. The recipient of the award receives a certificate, a bronze medal, and a $1,000 honorarium.

Michaelides was cited, “for the development of several noteworthy mechanical engineering programs, and for significant outreach efforts to increase diversity in mechanical engineering education.” Prior to his current position, he was chair of the Department of Mechanical Engineering of the University of Texas at San Antonio, where he also held the Robert F. McDermott chair in engineering and was the founder and director of the NSF-supported Center on Simulation, Visualization and Real Time Computing (SiViRT). He is currently editor of the Journal of Non-Equilibrium Thermodynamics. He has also authored seven books and is the author or co-author of more than 170 journal publications. 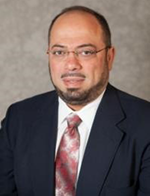 ASME Fellow Nael Barakat, Ph.D. P.Eng. FASME, professor and chair at the University of Texas at Tyler, was named as the 2020 recipient of the Edwin F. Church Medal.

Barakat was cited, “for outstanding dedication and influential contributions to mechanical engineering education through an emphasis on the societal impact and human dimensions of mechanical engineering as a profession; and for inspiring numerous engineers, nationally and globally, through volunteer service including speeches, writings, and mentoring and outreach efforts.”

His research interest includes the areas of mechatronics, robotics, dynamic systems and control, as well as engineering leadership, ethics, professionalism, and engineering education. Currently he is working on energy harvesting devices to improve their performance, such as utilizing electromagnetic based devices nonlinear phenomena. He is also working on parallel engineering education and leadership topics as well as sustainability and societal impact of technology.

Benson and Bluman were cited, “for their role in establishing an innovative project-based curriculum in mechanical engineering including impactful industry-based multidisciplinary capstone projects with external collaborations and funding coordinated by the department's Center for Innovation and Engineering.” 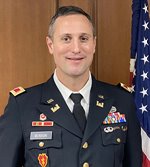 Michael J. Benson
Benson is an ASME Fellow and the director of mechanical engineering at West Point. He has authored/co-authored over 80 technical papers in fluid mechanics, thermodynamics, heat transfer, and engineering education. He earned a B.S. from the United States Military Academy, an M.S., Degree of Engineer, and Ph.D. from Stanford University. 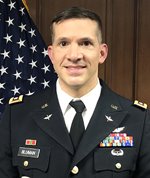 Nominations are being accepted for the next honors season of ASME Engineering Education Awards. We encourage nominations of our outstanding female and underrepresented member communities that reflect ASME’s Diversity, Equity, and Inclusion.