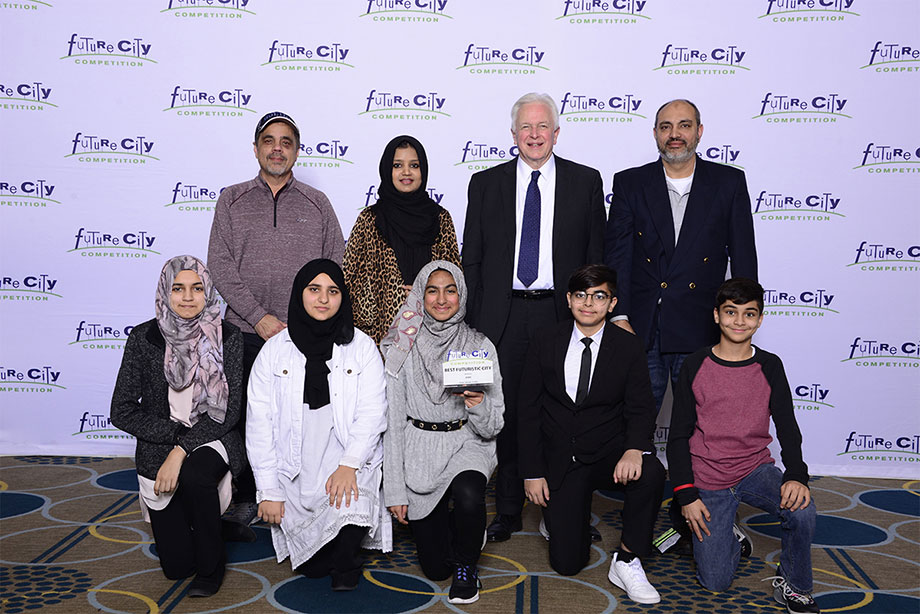 A team of middle-school students from Al-Hadi School of Accelerative Learning in Houston was selected as the winner of the ASME Best Futuristic City Award at the 2020 Future City Finals Competition, which was held last month during Engineers Week in Washington, D.C.

Administered by DiscoverE, the annual Future City Competition challenges teams of sixth-, seventh- and eighth-graders to plan, design and build cities of the future that incorporate a solution to a sustainability issue. The students work with a teacher and an engineering mentor to build tabletop scale models of their Future City concepts. The winning teams from the regional Future City Competitions in January go on to compete at the final round of the competition.

The ASME-sponsored award, Best Futuristic City, recognizes the use of engineering concepts in a city's communications, energy, or transportation systems. The students from Al-Hadi School of Accelerative Learning – Ali Rizvi, Mahdi Rizvi, Mansha Ali, Sukaina Salim and Fatima Razzak – received the award for their entry, “Agua Propre City.” ASME President Richard Laudenat presented the award to the team during the awards ceremony on Feb. 18.

ASME Executive Director/CEO Tom Costabile and ASME Past President Said Jahanmir also participated in the Future City festivities in Washington. Costabile helped judge the city models and presentations on Feb. 17, while Jahanmir served as a judge for the ASME Best Futuristic City Award.