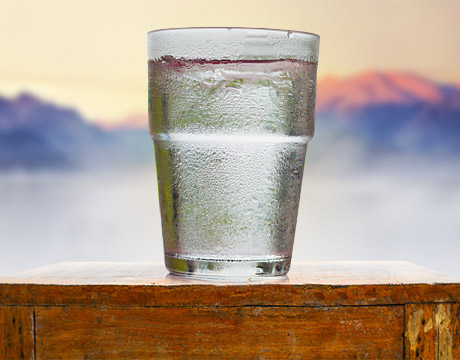 When we think about creating products to produce drinking water in places that need it, we usually think about whether it’s safe. But we don’toften thinkabout the actual taste of what people in those places would be drinking. In fact, for a decent amount of the world, salt makes it hard to even swallow water.

For a team at the Massachusetts Institute of Technology working on making it more palatable, Amos Winter, an assistant professor in the mechanical engineering department, serves as principal investigator, and Natasha Wright as lead researcher.

“The project started with looking at the water contamination issue in India and there were a few years spent doing it,” Winter explains. A strong portion of India has the salty tasting issue, says Winter, which leaves many without the water they deserve. “People are drinking surface water because of this and it has a much higher chance of being contaminated,” he adds. “Many people will be getting sick when they shouldn’t be.”

Removing the salt, a process known as desalination, has been possible for those on the grid. But that’s not the case for those living off the grid. For smaller, more remotevillages, the cost just isn’t viable. That’s where the MIT team is trying to step in.

“The technology that seemed the most likely candidate was reverse osmosis but we found that electrodialysis was better,” he says. “Instead of mechanical pressure to deal with salt, it uses electrical means. It also doesn’t require as much energy. Talking about an off-grid system, it cuts the capital costs of your power system significantly.” It also recovers 95% of the water that comes into the system, he adds.

The most important part of the invention is the electrodialysis stack, which contains a pump that moves water through the stack to prefiltration filters to remove large contaminated particles.

The system is run by solar power, which turned out to be a strong match. “The target population meant you had to run technology off renewable energy and it turned out the areas with the most salty ground water were also areas with the highest sun exposure,” he says.

In addition, maintenance was much more manageable. “It’s only about every 10 years you have to replace the membranes in the electrodialysis stack,” Winter explains.

Winter says the off-the-grid system will eventually be housed in a concrete shed. Once they package it down, he says, it will be no more than approximately 10 feet in width.

It’s Winter’s hope that this can be a solution that affects health and the positivemindset of areas. “These communities can be partly changed through improved drinking water,” he says. “We see the possibilities.”

Talking about an off grid system, it cuts the capital costs of your power system significantly.Amos Winter, assistant professor, MIT