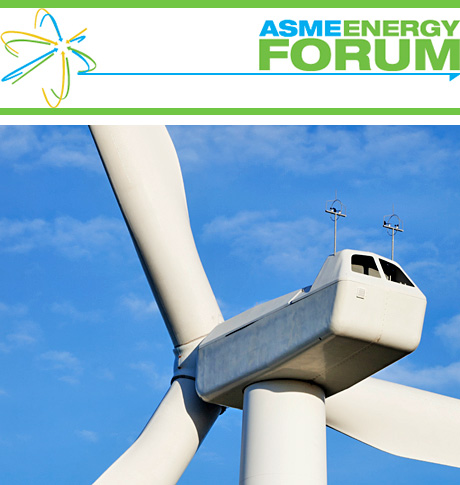 Wind Turbines Get Bigger and Smarter

Early explorers were probably the first to exploit the power of the wind, sailing their ships across unknown seas to explore new lands. Centuries later windmills were used across Europe, the Middle East, and Asia to process grain and pump water. This same technology was used in America to pull water from wells to transform vast acres of arid ground into rich farmland.

The basics of wind power haven’t changed much over the centuries. The force of the wind turns propeller-like blades around a rotor, which is connected to the main shaft. The shaft then spins a generator to generate electricity.

Wind turbines are the largest rotating structures in the world. The entire process—from design to installation to operation and maintenance—deals with very large components.

“Wind turbines are immense machines,” says Douglas Adams, professor of mechanical engineering at Purdue University and director of the Purdue Center for Systems Integrity. “Onshore, utility-scale wind turbines stand nearly 300 feet off the ground and have rotor diameters approaching 300 feet. It is fascinating that the operation of such immense machines depends critically on very small things, such as the lubricating layer between the 1-micron-thick gear teeth in the gear box.”

Bigger rotors continue to be the most dominant trend in wind energy in recent years. This is especially true for the offshore market.

“We haven’t hit the barrier yet for how large these machines can be,” says Veers. “The only restriction for size on land is the difficulty in transporting parts. Offshore, wind turbines continue to get larger because components can be brought in by barge.”

Rotors have increased in size from about 150 feet in diameter 20 years ago to about 400 feet in diameter today, with towers over 300 feet in height. A bigger turbine diameter means a larger area can be swept; a taller tower allows turbines to catch faster-blowing winds at greater distances from the ground. When combined, these trends enable the turbine toextractmore power from the wind.

Smart wind turbines are one of the most important developments in wind energy technology. With their embedded sensors and data processing algorithms, smart wind turbines can recognize when wind conditions have changed (wind direction, speed, etc.), so the turbine control system can quickly adapt to those changes.

“This adaptive capability is a game-changer because it allows the turbine to maximize the power it produces, while simultaneously ensuring the reliability of the turbine is maintained,” says Adams.

Research has shown that the performance of the downstream wind turbines is significantly degraded when operating in the wakes of the upstream turbines. “Understanding the evolution of the wind turbine wakes within the wind plant, and its dependence on the atmospheric stability and turbulence, are keys to improving performance and reducing the cost of energy in the coming years,” says Shreyas Ananthan, wind program aerodynamicist for the Department of Energy.

Wind turbines on a wind farm actually interact with one another through these “wake effects,” which occur when wind passes through the rotor of a wind turbine and passes downstream. The wake consists of a volume of lower velocity air that creates fluctuations downstream which then encounter the next rotors, and so on. Detailed computer modeling shows how turbulence in the atmosphere and complex topography impact the energy-capture ability of wind turbines, as well as impact structural loads on the turbine blades.

Turbines keep getting bigger, especially for offshore deployment. Turbines with rated power as large as 10MW to 20MW and rotor diameters as great as 500 feet are now being developed.

Research areas that are critical for the future success of the wind industry include aerodynamicdesign of blades, advanced approaches to control the turbulent flow around the blades, lighter and structurally moreresilientmaterials for blades, gear box technology and power transmission systems,and energy storagetechnologies. The integration of advanced computational approaches with laboratory and field-scale experimentationis helping researchers understand the very complex interaction between turbulence in the atmosphere and the machine.

“Such knowledge, which was not available to theengineerswho designed the current generation wind turbines, will revolutionize wind turbine design,” says Fotis Sotiropoulos, a civil engineer and director of St. Anthony Falls Laboratory and the EOLOS Wind Consortium at the University of Minnesota in Minneapolis. “Most importantly, this knowledge and advanced research tools will enable engineers to tackle in the near future the problem of wind plant scale optimization, something that has never been possible in the past.”

Register here for a free webinar on waste-to-energy technology.

For Further Discussion
It is fascinating that the operation of such immense machines depends critically on very small things—such as the lubricating layer between the 1-micron-thick gear teeth in the gear box.Prof. Douglas Adams, Purdue University