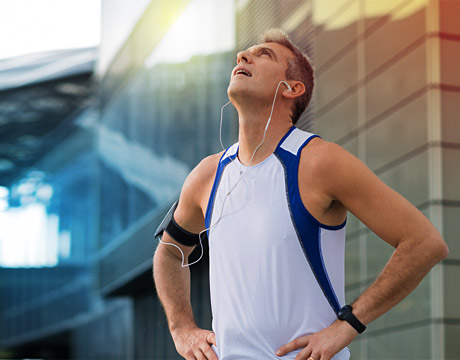 Imagine the feeling of not being able to do all the routine, effortless movements you’ve always performed. The motion of brushing your teeth. Putting one foot in front of the other to walk your dog. Even raising a spoon of cereal to your lips to start your day. This unfortunately can sometimes be the fate of a stroke victim. And rehabilitation can equal huge frustration, at a time when the patient is already frustrated.

A team at New York University has the goal of making this uphill climb a little easier for stroke victims through a new, low-cost, wearable sensor system.

“Strokes are a very common problem in the United States,” he says. “There has been a high concentration of research on stroke patients,” says Ashwin Raj Kumar, who has a master’s degree in mechanical engineering from New York University and is presently pursuing his Ph.D. in mechanical engineering there. “And people don’t realize there is a large number of young stroke patients here also, people who want to get back to their life, too.” According to the American Stroke Association’s website, each year approximately 800,000 people in the U.S. have a stroke.

For rehabilitation, they go to clinics but few products supplement the rehab well in a home-based setting, Raj Kumar says.

Their system involves wearable devices, which include a glove and a jacket to have microcontrollers measure the movements of a user and feed it to a smartphone, giving the data to patient and doctor alike. This can lead to more interaction between them, with the doctor able to be that much more involved in helping the patient in between in-person visits, he says. One of the areas the glove looks at is the wrist orientation and the jacket focuses of arm orientation. Sensors show the user how they’re doing when it comes to tasks such as lifting or gripping. The user performs the action and sees the effect.

“This gives them a feeling of control in their improvement,” says Raj Kumar. “They aren’t just doing exercises but getting true feedback to encourage and feel part of a team [achieving] a goal.”

It can also be used in a virtual reality game, allowing a user to see what they should be doing and adding a little fun to tasks that can otherwise seem like pure drudgery. They see their performance when doing the exercises in parts of the body not affected by the stroke which can possibly help serve as a teaching tool for the areas needing rehabilitation, he says.

“The plan is to take the device and make many prototypes and work with stroke centers to understand how effective the rehabilitation is and we’ll incorporate that feedback,” he says. “There are challenges with this work. Even when designing the glove, you need to think about how it will be effective. A stroke patient can have a closed fist, for example. You’re trying to create a device that will give them comfort when they’re already feeling less than comfortable.”

As much as anything, they want to give them hope.

“Strokes can happen at any time and often take someone out of a normal life without any warning,” says Raj Kumar. “Think about being jolted like that. We want to get them back to what they knew beforehand if it’s possible.”

For Further Discussion
Strokes can happen at any time and often take someone out of a normal life without any warning. Think about being jolted like that.Ashwin Raj Kumar, New York University