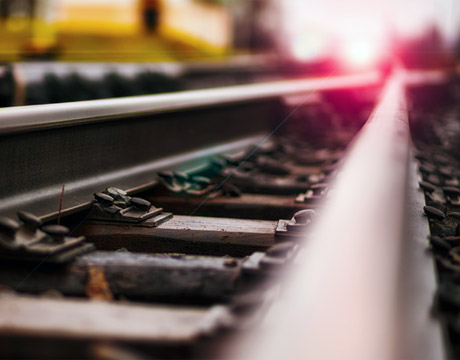 Using Trains to Send Power to the Grid

Fueled by state mandates to grow the use of renewable energy, solar and wind-powered systems are claiming ever-increasing shares of power production. The U.S. Energy Information Administration reports renewable sources now generate 13 percent of the nation’s power, with wind and solar providing 40 percent of that total. But the intermittent nature of wind and solar production is a problem. That energy must be stored somewhere until demand is high enough for it be fed into the electric grid. Engineers and researchers are looking mostly to batteries for that task, but scaling them up to handle megawatts of power remains elusive and costly. Now, in the southwestern U.S., a California startup is turning to an old but improved standby technology to feed the grid on as as-needed basis.

Advanced Energy Rail Storage (ARES) is betting on trains to fill the void. It has developed a mechanical system patterned after pumped-storage hydroelectric projects, which continue to be the most efficient system to provide peaking power. But those projects require lots of land as well as water. Permitting is complex and can take years. ARES points to the simplicity of its system and lower costs as an alternative.

Instead of pumping water to an upper reservoir and releasing it back to the lower reservoir, ARES runs trains of ore carriers loaded to 120 tons up a grade when electric demand is low, and then brings them back down when demand is high. Inductive motors fitted to the wheels provide power for the uphill run, and then generate electricity on the downhill run. The system has the same regenerative braking principals as electric cars such as the Toyota Prius or Chevy Bolt.

ARES has filed patents, designed and successfully operated a pilot project in Tehachape, CA. Now, it is building a 50-MW project in Nevada with Valley Electric Association. The utility will provide the interconnection to California, where ARES will sell the ancillary service power. ARES is funding the $55-million project inhouse, mostly through private investment, says Cava.

ARES will provide the power through seven trains operating on a 5.5-mile-long track built on an 8-degree grade, gaining about 2,000 feet in elevation. Each train will have two locomotives and seven unpowered rail cars. Each locomotive is weighted to achieve a 38-ton axle loading, says Cava, and the 120-ton cars are loaded with rocks, which operate at a 30-ton axle loading.

The locomotives are powered by remanufactured EMD SD-40 bogies converted from DC traction drive to AC traction drive. “There is one motor generator per axle, three axles per bogie and two bogies per locomotive — hence six powered axles per locomotive and 12 powered axles per train,” she says.The motors reverse to operate as generators on the downhill run. Power is provided to the system via a 25kV overhead catenary system. ARES Nevada vehicles will have an engineered complete “Wire to Wheel” drive package that will include new high-efficiency dual three-level active inverter/traction control units, Cava adds.

ARES executives see the responsiveness of the system and its low environmental footprint as two large advantages. It can go from full discharge to full charge in 10 seconds in response to the grid operator, which sends signals every four seconds to balance supply and demand. Maximum speed is 20 mph, and Cava says the seven trains can respond to the grid’s signals, moving up and down the track in small increments as determined by the need.

Although a 50-MW system is considered large for a battery-storage project, Cava says the Nevada project is at the shorter end of its economic scale; bigger is better. Its economics are improved by increasing the scale. ARES executives say they could double capacity of a 500-MW system and increase capital costs by only 20%

“The market is huge,” says Cava. California alone has a mandate to add 1.3 GW of storage by 2020. “If the country goes more and more to renewable energy, if it goes beyond 30 percent, you’ll need energy storage. For cities or small towns, batteries may be the answer. But in the West, we’re not the only alternative but we are the cheapest.”

While the Tehachapi tests showed the system operates best on grades of six percent to eight percent, ARES is already developing plans to adapt the system to steeper grades. Cava says the next demonstration could use a cog railroad. “We could operate at a steeper grade over a shorter length,” she says, which would open the system up to more terrain. “We see the future as fairly soon.”