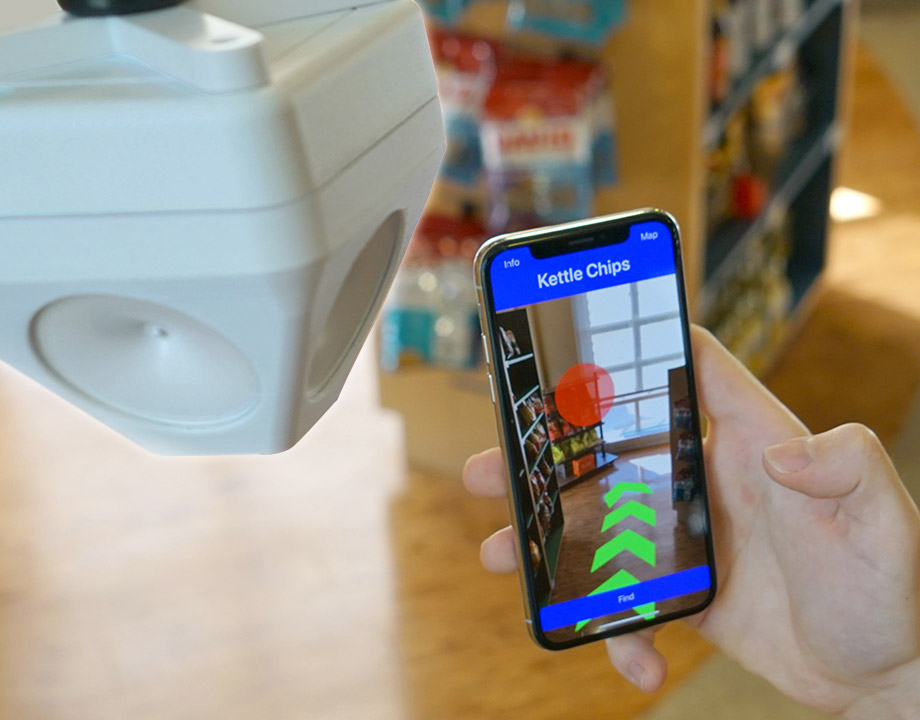 A smart building is only as smart as its ability to locate the people within it. For doors to open smoothly as people approach, or to accurately direct customers to the isle and shelf with the baking soda, or to have Pokémon appear right when a gamer steps over a manhole cover, people need to be located with precision.

As a graduate student studying smart buildings at Carnegie Mellon, Patrick Lazik understood the need for locating people with greater accuracy. “One of the things that I found would improve a lot of these smart building systems was if you knew the location of people,” he said. “You can automate things more effectively, you can save more energy…you can reduce the cost of things. There was no system out there, really, that could provide accurate location of people inside of buildings, outside of camera based systems.”

Though GPS, Wi-Fi, and Bluetooth systems can place a smartphone, they are typically off by feet at best…and usually several yards.

Now, Lazik has founded Yodel Labs and created a new technique for tracking individuals. His ALPS, or Acoustic Location Processing System, pinpoints phones within a centimeter. To work this magic, it uses a phenomenon phones have been equipped to deal with since their invention: sound. In this case, it is the higher frequencies, inaudible to humans that the phone is listening to.

“Ultrasound is detectable by off-the-shelf smartphones just using their microphones. And sound has a lot of nice properties. It travels very slowly, so you can measure the time it takes for it to propagate across space very accurately,” Lazik said. “It was the obvious choice for smart phones. You can easily measure with on-board hardware, you can easily process it, and you can do it all with existing hardware on the phone.” 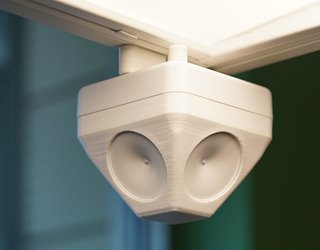 Once the beacons have been installed, a kind of miniature Google Street View car maps out the space. “Initially we went around with laser range finders,” Lazik said. “We found out very, very quickly that doesn’t work in terms of scalability.”

Lazik and his team then tried surveying equipment, but it required skilled workers and was too expensive. “Now we have a much more automated system, where we drive through the space once with a little cart that we push around and it automatically maps out a floor plan, and automatically figures out where the beacons are in 3D space,” he said.

Only a handful of beacons would be needed in an open space like a supermarket or an airport. Customers with the app would have the advantage of precise directions while the managers would learn of their roaming and shopping habits.

As sound waves don’t penetrate walls, separate rooms will require their own set of beacons, though, this seeming limitation comes with a benefit. “Our system will 99.9 percent of the time put you in the correct room. Even if you only hear one beacon, it’s already sure you’re in that room, not in the next room, because ultrasound doesn’t go through the walls,” Lazik said.

The RF of Bluetooth systems, on the other hand, can go through walls and may place people in the wrong room. “There may be only a small error in distance, but it’s a huge error in context,” Lazik said.

The technology is likely to find a home anywhere accurate tracking might be important. That includes augmented reality, navigation for the visually impaired, as well as supermarkets, department stores, and airports.

Lazik was recently contacted by a fitness company that hoped to learn which machines were getting the most use from their customers. “That was interesting,” he said. “We’re engineers; we don’t go pumping iron every night.”