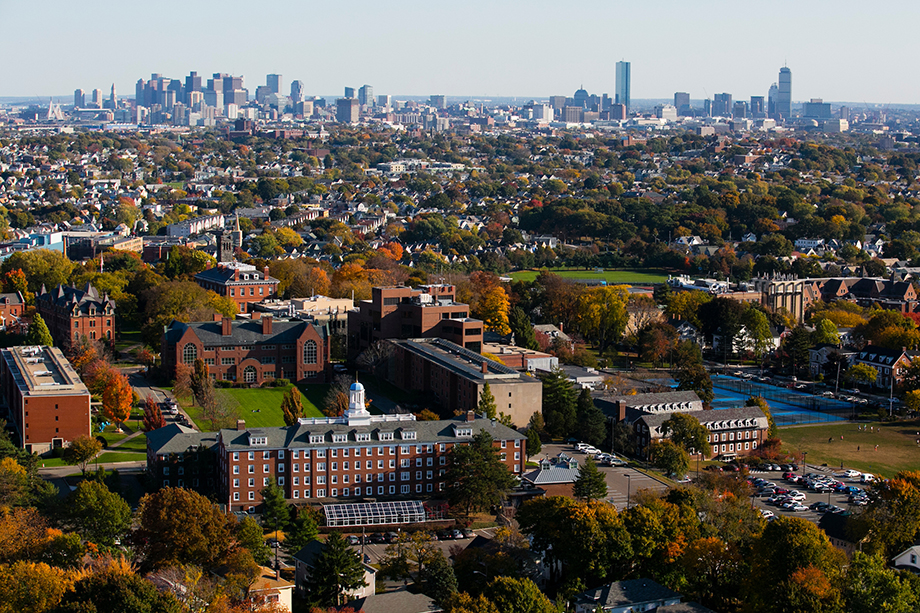 Building Equipment Contractors Business and Career Support Economic Program Administration
While colleges and universities have been working hard, some for a number of years, to encourage diversity and inclusion in STEM, the impact of the protests in the summer of 2020 was a wakeup call for Tufts School of Engineering.

“Tufts has always been involved in wanting to be a diverse institution,” said Chris Swan, associate professor and Dean of Undergraduate Education at Tufts School of Engineering.  “We have been driving for a number of years to expand the student body in terms of who attends and the selection process. We have made incremental moves, but the reality is we’re just not there as a private institution. We are still predominately white.”

As a result of the events of 2020, Tufts began an in-depth re-evaluation that exposed just how much systemic racism, exclusion and lack of diversity remained a huge problem. “When you start examining it, you see the breadth and the depth of it,” said Swan. “For me, it’s taking a 30,000-foot view and saying we are not there based on the U.S. population. It’s much more than just about growing that at Tufts. It’s about the nation and making sure those pathways are available for all students in every location,” he said.

Tufts Engineering is definitely not alone. About four percent of engineering students in the U.S. who graduate are African American, according to Swan. At Tufts, the number is slightly higher at five percent to 6 percent but still below the school’s goals of reaching parity with society, which for African Americans is about 13%.

“We’re just with the crowd (of other engineering schools) so we can’t really clap about success,” he said. 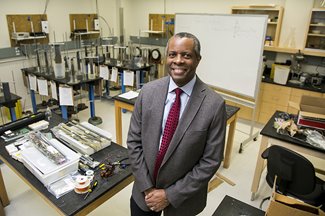 Chris Swan, Tufts engineering professor, led the effort to review practices and foster diversity. Image: Tufts School of Engineering
People of Latin descent make up more than 18 percent of the U.S. population, but less than seven percent of engineers. More than 50 percent of the U.S. population are female, but less than 15 percent of engineers are women. However, that’s one area where Tufts recently reached a historic milestone. The last two incoming undergraduate classes at Tufts have been close to the same number of women as men. By the fall of 2020, Tufts Engineering had a multi-year action plan, developed under Swan’s leadership, to combat racism and other forms of discrimination. Among the engineering school’s stated commitments are:
Editor's Pick: Workforce Blog: Inculcating Inclusion

One important step, according to Swan, was the approval of the engineering school’s bylaws by the Board of Trustees, which included the establishment of a Diversity, Equity and Inclusion (DEI) Committee. That was a big move because being incorporated in the bylaws assures ongoing support by the university, he said. In addition to implementing the stated commitments, DEI is looking at trainings for students and faculty as well as seminars and other ways to bring awareness and encourage solutions to such issues in all of its undergraduate and graduate programs.

Swan is also serving on a university-wide “workstream” focused on compositional diversity, one of five workstreams set up by university President Anthony Monaco with the goal of making all of Tufts an anti-racist institution.

The biannual Diversity, Equity, and Inclusion Colloquium Series, as the lecture series is formally titled, kicked off last fall with a presentation by Gilda Barabino, president of Olin College of Engineering, who discussed her research, her career trajectory and the importance of diversifying STEM fields. She is an internationally recognized thought leader, speaker and consultant on race, ethnicity and gender in STEM.

Earlier this year, Karl W. Reid, executive director of the National Society of Black Engineers, who recently joined Northeastern University as senior vice provost and its first chief inclusion officer, was the second lecturer who spoke to the Tufts community about the latest research on diversity. For decades, Reid has been a leading advocate for increasing college access, opportunity and success for low-income and minority youth.

Most of the speakers will be from under-represented groups. “They have lived it; they have not only gone through the process, they have made it what they do,” Swan said.

“As a predominately white institution, many of our students, also of significant means, have significant funding available to them that can help with their entrance applications and any additional support and coaching they may need. So they are well prepared to enter college,” he said.

More for You: Air Force Grant Fosters Diversity in Engineering

A big part of attracting students from under-represented groups who have succeeded and become recognized prior to college is to overcome barriers in their own minds about whether they can succeed in engineering and have successful careers in industry or academia whatever their goals.

Once “in the door,” Tufts has had a good record of helping students succeed through support groups, such as the BEST (Bridging Engineering Success at Tufts) program that for more than a decade has offered those “on the margins of engineering” additional resources if they need them. Tufts hopes to reach out to more students through this program.

It is to engineers, said Swan, that the world will look for holistic solutions that integrate their technical prowess with an understanding of the social, economic and cultural implications of their work. Toward that end, the School of Engineering is moving toward educating the whole student through a core group of courses that weave together topics about engineering and diversity, equity and inclusion.