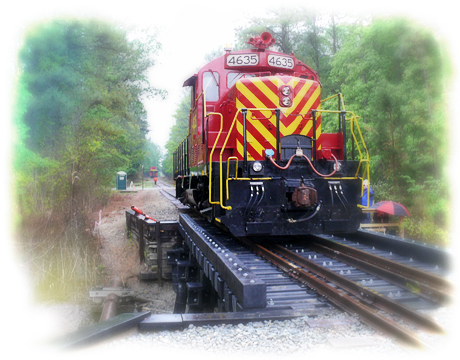 Transportation officials dismayed about the nation’s decaying bridges are turning to the bottle to find relief. And it’s helping.

The solution isn’t what’s in the bottle, it’s what the bottles are made of, where they came from, and what they’re capable of doing. Discarded plastic beverage bottles, milk jugs, detergent containers, and other household plastic trash can become, through the magic of materials engineering, a totally green building material for new bridges and other infrastructure upgrades.

Non-biodegradable thermoplastics are anathema to our nation’s waste-management system. Improved recycling programs have reduced the sheer volume of plastic in landfills, but there’s still the problem of what to do with all of that recycled material. The supply of second-generation plastic far outstrips the demand. Recycled structural composites (RSCs) based on technologies developed at Rutgers University and commercialized by Axion International, New Providence, NJ, transform mountains of melted down and remolded plastic waste into an all-green building material for heavy-duty infrastructural projects.

The U.S. Army was an early adopter of the new material, in part because it has regulatory autonomy over the infrastructure on its bases. Since 1998, the Army has been driving jeeps, tanks, and trains over short-span plastic bridges at forts Leonard Wood, Bragg, and Eustis, providing case data that is driving the technology’s acceptance in civil projects in both the U.S and Europe.

In 2011, for example, the company completed the first plastic vehicular bridge in Europe, a 90-foot span over the River Tweed near Edinburgh. The pre-fabricated bridge was shipped in six sections to Scotland, where crews rapidly reassembled them. “We were able to complete construction on-site in just two weeks,” said Steve Silverman, Axion’s president and CEO. Putting the pieces together, in fact, took only four days out of that process, he said. “The remarkably fast erection time for a 90-foot bridge is a major benefit.”

The degradation of the U.S. infrastructure is not a new problem, and bridges are one of the areas of gravest concern because of the obvious health and safety issues associated with a potential bridge collapse. Although the nation’s bridges fared much better than schools, roads, levees, and most other categories graded in the American Society of Civil Engineers’ most recent Report Card for America’s Infrastructure, they still only eked out a C. With one in four bridges either structurally deficient or functionally obsolete, and a $17-billion annual price tag for necessary improvements, there’s little question that transportation officials will take interest in any technology that offers a lower-cost alternative to traditional steel and concrete construction.

Converting Garbage to a “Gar-Bridge”

The process of manufacturing the RSC materials is straightforward. Axion receives giant bundles of sorted plastic – it has to be high-density polyethylene, the kind stamped with a #2 recycling code. The plastic is comingled with the other principal component, glass fibers coated in polystyrene or polypropylene, generally scrap material from the manufacture of car bumpers.

The raw materials are ground into tiny flecks, then subject to high – but below melt point – heat. The precision of the heating process is critical to getting the otherwise incompatible properties of various polymers to work together to form a stronger material. The hot glop is extruded through molds into its specified shape and allowed to cool.

The company forms its thermoplastics into standard construction shapes such as I-beams, pilings, and boards, and also can pre-build an entire bridge or boardwalk to a customer’s specifications. Thomas Nosker, Ph.D., the Rutgers materials engineer who pioneered the technology, has said the individual pieces “come together like a child’s play set” to form bridges that are cost-efficient and easy to erect.

Engineers have been experimenting with composite bridges made of space-age carbon-fiber-reinforced polymeric materials since the mid-1990s, and efforts have focused on high-performance assemblies engineered for specific performance properties. Their performance, however, suits them well toward applications in new construction and retrofits in earthquake-prone regions, harsh marine environments, or other situations where the long-term durability will offset their higher first costs, according to the U.S. Federal Highway Administration. But these advanced composite structures require exotic raw ingredients and specialized fabrication methods that drive the price up.

According to Axion, the lion’s share of the plastic bridge market is on the nation’s secondary roadways where spans of 15 to 25 feet are commonplace. From a performance standpoint in those applications, thermoplastics won’t rot, rust, splinter, crumble, or attract bugs like wood, steel, or concrete. They are lighter, don’t need to be painted, and require no special tools or training to install. The initial cost of building a plastic bridge is about the same as a similarly sized traditional structure, but they are cheaper over their 50-year expected lifespan because they avoid these costly ongoing maintenance chores.State transportation officials concerned about the public perception of plastic as a flimsy material are heartened by military videos showing the bridges holding their own against 70-ton tanks and 120-ton locomotives.

Axion’s Silverman said the company is developing other infrastructure applications for the STRUXURE components, including sound walls, retaining walls, marinas, jetties and piers, culverts, and platforms. The Container Recycling Institute counts approximately 1,755 thousand tons of HDPE sold annually in the United States, meaning there is likely to be a sustainable supply of raw materials for this emerging sector of the sustainability market.