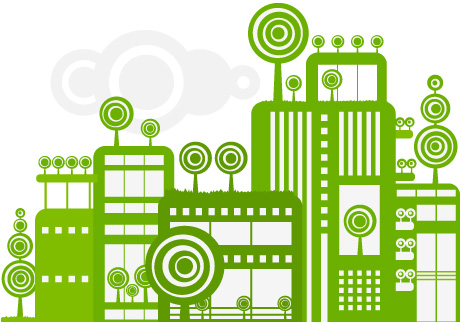 University of Miami researchers are designing and building a net-zero water building on campus. This four-bedroom dorm project will house university students and serve as a proof-of-concept as part of the "Design for Autonomous Net-Zero Water Buildings" project funded by a $2-million, multi-year NSF Emerging Frontiers in Research and Innovation grant.

The concept of net-zero water buildings involves treating and re-using all wastewater with their own water treatment units in the building. Dr. James Englehardt, principal investigator for the project, described one of the project's main goals: to be able to do this for a single stand-alone building with a low-energy and low-emission water-treatment system.

"We're developing design principles for future buildings that are off the water and wastewater grids, and the basic research includes many aspects of system design. Project investigators are studying what net-zero water buildings could include and what they would look like, and designing treatment and risk-detection systems that could be commercialized," Englehardt says.

All of the wastewater from the building's sinks, laundry, toilets, dishwasher, and showers in four bathrooms and a kitchen will go to a system that treats the water to drinking-water quality standards. The students will use the treated water for everything but drinking and cooking.

Wastewater treatment involves separating liquids from solids and several stages of treatment. The University of Miami system will destroy all organics, including pharmaceuticals, by oxidizing them to carbon dioxide, and removing all metals, which aren't typically an issue with municipal wastewater. "Some of the organics will go to sludge which will enter the sewer, but ultimately we want to convert those as well," Englehardt says.

One motivation for this project is to see if all of this can be done using low energy. Englehardt explains that, on average in the U.S., water and wastewater conveyance costs consumers four times the amount of energy moving back and forth from central plants than treating at centralized treatment plants. He says development of low-energy, single-building treatment plants, coupled with avoidance of conveyance energy, offers the prospect of equivalent treatment and lower emissions at equivalent cost.

Technologies such as reverse osmosis or infrared distillation that remove ions or natural minerals in the water use too much energy, so, the Miami low-energy system will not remove them. It will produce mineral water that meets drinking water standards and would be excellent for irrigation. To prevent minerals from accumulating to concentrations that are too high, they will recycle 80% of the water and dispose up to 20% of the treated water to the sewer, and use rainwater collected from cisterns to make up the difference. Englehardt saysnet-zero water buildings would have no sewer. Because there are no current regulations for potable water reuse, discharging to the sewer made regulatory permission easier for this research project.

Part of the research is to determine whether the wastewater in the treatment system is alkaline and organic-rich enough so carbonate and organic carbon may not be needed.

Students applied to live in the dorm in 2011, and the four selected live there now that the building interior is ready. Wastewater is going directly to the sewer until the system is fully installed. Building retrofit began this summer and is expected to be completed this month. The treated water will be discharged to the sewer during the fall semester, while the system is stabilized and the water is tested and approved for supply to the apartment. Researchers plan to turn on the first recycled water in January 2013, for nearly closed-loop operation beginning in the spring.

The project will collect two years of data, including formal water quality analyses with an outside lab and water-quality measurements from many sensors monitoring the water pipes and different parts of the system. Researchers will collect florescence spectra, electrical conductivity, dissolved oxygen content, turbidity, and pH measurements three or more times daily, for five days a week and access data from a central, web-based control system.

Water quality data entered into software will be used to control the treatment system remotely but manually. One goal is to develop real-time risk-detection software that will send signals to the water treatment system and problem alerts so everyone will know and can respond, but it will not yet be operational at the residence hall.

"Current risk-analysis methods are cumbersome. We're not good at knowing the health response to a certain concentration of a single chemical we're monitoring, much less a mixture. It is even harder to predict response to microbes. We want to skip the middle step and go from an electronic signal to a risk without identifying individual chemicals or concentrations. That makes it easier, less expensive, and would accelerate acceptance of the technology by allowing people to feel more protected," Englehardt says.

Architects, psychologists, and a cultural anthropologist are also part of the research, to help understand motivations for and against living in a net-zero building. Englehardt says, "Barriers in these areas are just as real and high as engineering barriers. We're learning how to explain and present these systems to the public so it would be accepted."

"The general design principles we're working on would apply across the country, but more work will be needed to support specific applications and commercialization of the technology by industry in the future. This research could be conducted in the private sector, but industry would not likely fund it until regulations are changed to allow net-zero water systems."

We're developing design principles for future buildings that are off the water and wastewater grids.Dr, James Englehardt, University of Miami