The Environmentally Friendly Garbage Can

The Environmentally Friendly Garbage Can 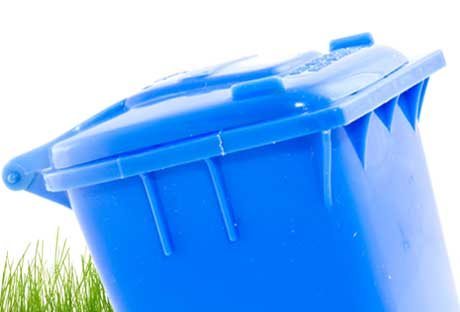 We all know the saw about building a better mousetrap. But however good your rat trapper, people won’t beat a path to your door, it turns out, until the timing is right.

It doesn’t catch mice, but a machine that destroys medical waste without polluting the atmosphere serves a different and important health purpose. When such a machine was patented, the inventor, Wolf von Lersner, found that nobody wanted to build it.

In the late 1980s, medical waste was being routinely dumped into the Atlantic Ocean. Von Lersner had a vacation home in Avalon, on one of the south Jersey barrier islands, and when he heard that surgical dressings, disposable gloves, and used hypodermic syringes were washing up on the beaches of New Jersey and Long Island he began dreaming up a better disposal system.

As director of engineering at Campbell Soup he understood methods of sterilization and systems using heat, and he was familiar with devices for food handling and disposal of food waste. He turned to Stephan Machinery GmbH, a company in Hameln, Germany, that manufactures machinery and plants for food processing, to devise an environmentally sound method of dealing with hospital waste.

The collaboration resulted in the Ecolotec, a large autoclave equipped with a system of blades to churn and chop. In 1993, when von Lersner received his patent, ocean dumping had been curbed, but many hospitals were burning their biohazards in incinerators on site. So no one stepped up to put Ecolotec into commercial production.

Even in 1997, when the U.S. Environmental Protection Agency under the Clean Air Act ordered hospitals to reduce emissions from their incinerators, von Lersner's idea was still a tough sell. Hospitals could not bear the cost of emissions control and shut down their incinerators. Disposal services with fully compliant incinerators picked up the medical waste.

Then, 13 years after the patent was issued, gas prices rose above $3 a gallon. Carting things was no longer cheap. A company in Alabama bet that rising costs in general, and of fuel in particular, would keep haulers' fees sufficiently high to make Ecolotec an attractive method of waste disposal. The company now makes disposal systems for hospitals around the world.

Inside the machine, a batch of waste is directed to a jacketed vessel and exposed to steam heated to 270°F at a pressure of more than 45 psi. Blades called knife hammers rotate at 1,500 rpm to churn and shred the material.

The action of the blades exposes more of the trash to the steam at one time and makes sterilization quicker. It also reduces waste to an unrecognizable mass to prevent accidental injury from sharps or blades and make it impossible for anyone to recycle a syringe or a scalpel from the trash. The chopping can reduce overall volume of waste by as much as 80 percent, and the sterilized mass coming out is ready for disposal in a conventional landfill.

According to the company, trash in the hopper will reach complete sterilization in less than 10 minutes, and the system can process 200 pounds of waste an hour.

Exhaust is triple-filtered, passing through a mechanical prefilter, a HEPA filter, and an activated carbon filter. The system stands eight feet high and has a footprint of just under 36 square feet. There are monitoring strips in the machine to test for sterilization after each batch.

Ecolotec's executives say that, at an operating cost of 11 cents a pound, their machine costs considerably less than waste disposal services, who charging large-volume customers 21 to 29 cents a pound. Smaller hospitals may pay more.

You can't always predict where the world will beat a path. You'd expect a cheaper, better, mousetrap would attract the path beaters.

You can't always predict where the world will beat a path. You'd expect a cheaper, better, mousetrap would attract the path beaters.