The Dawn of Electric Vehicles

The Dawn of Electric Vehicles 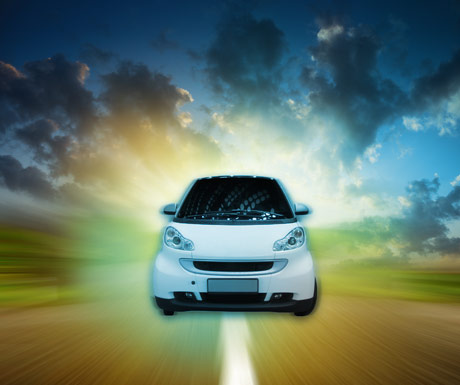 What is going on these days among the Detroit automakers can fairly be called the second electrification of America and Canada. The first electrification was America's homes and businesses. This time it's North America's personal and business transportation, as the electric vehicle (EV) seems poised for its long-awaited takeoff in 2012.

Detroit automakers have offered electric cars before, only to give up when drivers proved uninterested. Investment this time is orders of magnitude larger. Owners of this generation of EVs are happy with the economics driving automakers to bet big with investments in R&D, production engineering, and manufacturing.

In the next few years, automakers plan to put tens of thousands of EVs on U.S. and Canadian roads. A $25-billion U.S. Department of Energy loan fund is helping them retool and retrain workers. Automakers also get tax breaks for hiring in Midwestern states. EV buyers get rebates as high as $7,500.

A scan of what the automakers and industry watchers are saying uncovers several upcoming challenges for engineers.

Nearly all of the 30-plus auto brands sold in North America offer an EV or a gasoline–electric hybrid; some offer several (as of mid-2011). Among the most aggressive are Ford Motor Co. and General Motors LLC. Chrysler Group LLC is focusing instead on wringing more power from gasoline and diesel, though it will produce an EV starting in 2012, based on the Fiat 500 from its parent company, Fiat S.p.A. in Italy.

Corporate vehicle fleet buyers are taking notice. General Electric Co. has said it will replace half its company vehicles, a worldwide fleet of 65,000, with 25,000 new EVs plus 15,000 conversions. It is likely that GE will urge its larger suppliers to do likewise.

A resurgent General Motors (GM) is putting almost $250 million into its White Marsh (Baltimore, MD), transmission plant to make EV motors, the first U.S. automaker to do so. It is also hiring 1,000 engineers and researchers in Michigan "to develop, validate, and manufacture automotive battery, electric motor, and power control technologies in-house as core competencies."

GM's other electrification investments are on a similar scale, including a total of $700 million just in Michigan (eight plants) to support the Chevrolet Volt EV. Half that sum is going to GM's Hamtramck (Detroit) plant that assembles the Volt. The U.S. auto industry's only battery pack manufacturing plant, also in Michigan, is getting $43 million. Powertrain operations in Flint and Bay City, MI, and Defiance, OH, are getting $162 million. GM has also invested in several high-tech EV-component companies.

President Barack Obama has challenged automakers to put one million EVs on the road by 2015. That's equal to one out of 12 cars sold in 2010. Mass production of EVs will certainly clean up vehicle emissions problems. But recharging millions of lithium ion batteries every few days will boost electricity demand. How that demand will be met is another set of engineering challenges.

Jack Thornton is an independent writer.

President Barack Obama has challenged automakers to put one million EVs on the road by 2015.