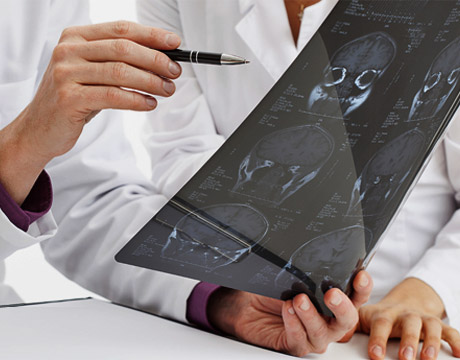 The work of a mechanical engineering professor at Georgia Tech may offer hope to young children suffering from medulloblastoma, the most common malignant brain tumor in children under 10.

Conventional treatment consists of surgery followed by radiation and chemotherapy, and results in a relatively high survival rate of 60 percent to 80 percent, but the treatment can lead to neurocognitive deficits that can permanently diminish quality of life. YongTae Kim, assistant professor in the Woodruff School of Mechanical Engineering, is beginning to work with new technologies he developed to help minimize this side effect that may not be apparent for up to seven years. “Even though the children got good treatment for their brain tumors, they might be disabled for the rest of their lives due to the side effect,” he said.

Kim is creating a new delivery system for the drugs, which are injected into the bloodstream and target the medication directly at the tumor. The process involves developing nanocarriers that can penetrate the brain’s natural strong defense system and then target brain tumor cells while not adversely affecting other parts of the brain or body. He explained that the human brain is well designed to limit the passage of most drugs as a protection mechanism.

Another challenge faced is that when the materials are in the bloodstream, the body’s immune system may see them as alien and may remove or degrade them. “The key is how can we disguise the nanoparticle to be like a natural substance so that the immune system will say ‘Okay, go, you’re fine.’ So the key is to use biomimetic materials for deceiving the immune system,” he said, referring to materials mimicking natural ones that are typically synthesized by artificial mechanisms.

Kim’s solution is to use a combination of a substance that mimics the natural HDL protein in the body and a biocompatible polymer to provide a hydrophilic (water-friendly) carrier to travel through the bloodstream that encapsulates a hydrophobic (oil-friendly) drug inside, since most drugs to destroy tumors are hydrophobic.

He likens the structure to a nanoscale basketball carrying the drug inside but having a shell coated with a hydrophilic material since blood is hydrophilic. When the nanoparticle arrives at the tumor, it carries a “key” that unlocks a door to the tumor cell to release the drug, so called targeted delivery. “We are using our cutting-edge technology based on mechanical engineering principles in microfluidics to synthesize nanoscale materials that can deliver these drugs to the brain area,” he said. “[In this way,] we expect to be able to create drug-loaded biomimetic nanocarriers with high uniformity that can cross the blood brain barrier.”

Kim began working on the project earlier this year, collaborating with Tobey MacDonald, a specialist in childhood brain tumors and associate professor in the department of pediatrics at Emory University School of Medicine. In September, Kim was awarded a National Institutes of Health grant that will contribute $423,000 for the early and conceptual stages of the project over the next two years.

Prior to earning a Ph.D. in mechanical engineering at Carnegie Mellon University, Kim began his engineering career in a more traditional area, working as a researcher in dynamics, controls and robotics at Hyundai-Kia Motors and Samsung Electronics. Then for his doctoral research, he moved into the microscale area in bioengineering, focusing on microfluidic control systems for lab-on-a-chip applications. As a post-doc at MIT in the David H. Koch Institute for Integrative Cancer Research, he developed biomimetic microsystems for probing nanoparticle behaviors before joining Georgia Tech in 2013.

Recognizing the difficulty of control at the nanoscale level when done manually, he developed a closed loop, control-based microfluidic technology to produce nanoparticles with very narrow distribution and high uniformity. It’s that technology that he is using to develop the new nanocarrier, which in addition to drugs can also deliver diagnostic and imaging agents.

“That’s very useful in nanotechnology and drug delivery when you deal with cells and tissues with different chemical profiles,” he said.

With the grant, Kim will be able to amass more data by producing nanoparticles on a larger scale to assure the same properties and quality for accurate control and results. This will then be tested with the microchip (organ-on-a-chip) application he developed that can mimic what’s going on in the brain. Screening with the microchip will minimize animal testing, which will follow starting in early 2016.

“If we are successful with this idea, it could have a huge impact in the field,” Kim said.

For Further Discussion
The key is how can we disguise the nanoparticle to be like a natural substance so that the immune system will say 'Oh, OK, go, you’re fine.'Prof. YongTae Kim, Georgia Institute of Technology