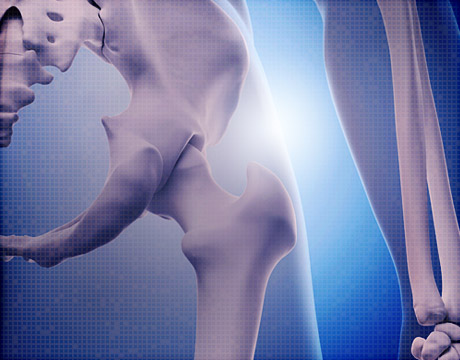 If it hadn’t been for a chance conversation on a bus ride in 2011 while a senior scholar at the Humboldt Foundation in Germany, biomedical engineer Dr. Melissa Knothe Tate might not be immersed in game-changing medical research. Her goal isto reduce to weeks analyses that have been taking as long as 25 years.

Knothe Tate, the Paul Trainor Chair of biomedical engineering at the University of New South Wales (Australia), was returning to her hotel after hearing a speech by German Chancellor Angela Merkel when she and a fellow Humboldtian started a friendly conversation about their respective work.

Her seatmate, an R&D specialist at German optical and industrial measurement manufacturer Zeiss, talked vaguely about a new technology adapting something originally developed for scanning silicon wafers for defects into a tool to understand human tissues. “He asked me if I could think of any uses for that,” she recalls, and her brain went into overdrive. An engineer and expert in cell biology and regenerative medicine, she began imagining imaging the whole body and zooming all the way down to a single cell.

Eventually forging a partnership with Zeiss, U.S.-based Cleveland Clinic, Brown and Stanford Universities, and Google, Knothe Tate began making trips to Germany every two months from the U.S., taking human specimens and returning with terrabytes of data to use in her research exploring osteoporosis and osteoarthritis. Those travels continued until the beginning of this year, but by then she had left Case Western Reserve University and Cleveland Clinic in Ohio to teach and run a research lab she set up in Australia.

Now she and the “super team of 10 to 20 post doc fellows and students” in her lab are figuring out how to put the massive amounts of data together so that they can zoom in and out from, for example, the whole hip to the femoral head and then down to a single cell in the femoral head. In layman’s terms, the Zeiss technology can do for the human body what Google Maps do in zooming from an Earth view to a street view. The team is using Google maps algorithms to use the tremendous amounts of information most effectively.

“It’s a lot of data handling,” she says. “[Something like] 2 million images stitched together and organized in a structure so that you can zoom seamlessly in and out - from organ to tissue to cellular level and back.”

She admits that the first data set was a huge challenge. Now that that’s done, the challenge is making the measurements and testing hypotheses on such huge data sets. “Now we are only limited by computer power and speed and things like that,” she says.

Using this technology allows her team to examine how movement and weight bearing affect the movement of molecules within joints, exploring the relationship between blood, bone, lymphatics, and muscle.

“For the first time we have the ability to go from the whole body down to how the cells are getting their nutrition and how this is all connected,” says Knothe Tate. Understanding this could unlock a range of treatments, including physical therapies and preventative exercise routines, she adds.

A mechanical engineer and biomedical engineer by training, she explains that everything she has done throughout her career is “at the connection of mechanics and biology or physiology. “I always wanted to have a way to see and measure relationships in the body structure functionally. That typically involves development of new imaging technologies or use of imaging technology at the cutting edge.”

When she started out a number of years ago at Stanford and began to understand how important cells were for the complex physiology of the human body, there were no methods at the time to tie cellular behavior to tissue behavior and then in turn to organs and system behavior. When she began her bimonthly trips to work in the labs at Zeiss, she says, “We had to develop a lot of new methods of things that had never been done before.”

Now, her team is for the first time beginning to understand how emergent behavior throughout the system takes place; In other words, tying local events to global events. “In the past, understanding emergent behavior in the tissue has led to novel understanding of how disease comes about and the development of preventative measures to maintain health,” she says.

Nancy S. Giges is an independent writer. Learn about the latest trends in bioengineering at ASME’s Global Congress onNanoEngineering for Medicine and Biology.

For Further Discussion
For the first time we have the ability to go from the whole body down to how the cells are getting their nutrition and how this is all connected.Dr. Melissa Knothe Tate, University of New South Wales