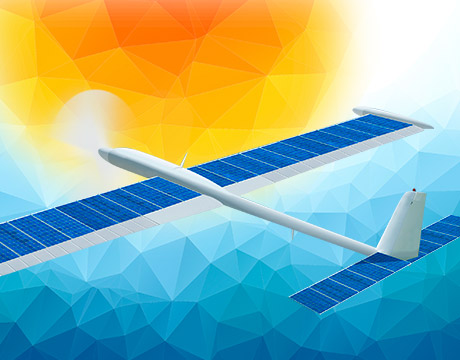 Drones are well past a fad and are now being used for inspection, military missions, and more. But solar-powering drones, using what would seem to be a no-brainer energy source for these aeronautic marvels, has a way to go. From the Facebook Aquila, a solar-powered drone designed as an atmospheric satellite, on down, strides have certainly been made. But how realistic is it for solar-powered drones to become mainstream?

“Like applications on the ground, solar power has come down so far in cost recently it can be the lowest-cost option for power,” he says. “In addition to cost savings, however, solar power allows for extending the range and fly time of drones. And, in the most extreme examples, several types [of drones] have been demonstrated that essentially do not need to land. When you couple such perpetual flight with good programming or a little AI, a whole new world of applications is possible, such as replacing the functions of satellites for a tiny fraction of the cost.”

For You: Remote Robot Cleans Trash from Water

The solar industry as a whole has been gaining efficiency. So now it is possible to make a decent solar-powered drone with conventional, silicon-based solar cells. Prof. Joshua Pearce, Michigan Technological University

Pearce notes an area where drones powered by the sun stand out when it comes to climate change. 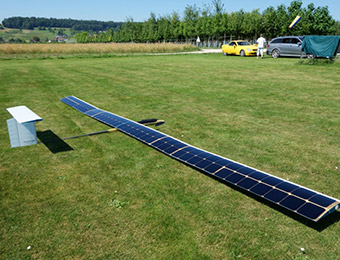 “Solar-powered drones like the AtlantikSolar are, for example, already being used to monitor and map a big crevasse in the arctic’s Bowdoin Glacier, to provide us with data to build better models to predict the effects [of climate change],” Pearce says. “Recent studies have shown that quadcopter delivery actually is better for the environment because it is more energy efficient. So solar-powered, parcel-delivering quadcopters could make delivery even more green and extend ranges.”

He also sees a potentially stronger push for solar-powered drones when it comes to data communications capabilities, offering that approximately two-thirds of the global population isn’t connected and companies such as Facebook are trying to “plug it in” with solar-powered drones.

“The solar industry as a whole has been gaining efficiency,” Pearce says. “So now it is possible to make a decent solar-powered drone with conventional, silicon-based solar cells. I can assure you we are far from done in driving photovoltaic conversion efficiencies up. In addition, there is a lot of potential to push battery performance up while driving costs down, which will also reduce the cost and improve qualities of solar-powered drones.”

Hugh Liu, professor at the University of Toronto’s Institute for Aerospace Studies, who recently received a multi-million dollar grant for drone training, says at least you can count on this: Solar-powered drones have gone beyond their old tag of experimental.

“Whether such development or advancement will be a good fit for many successful applications, we’ll only know that in time,” he says.