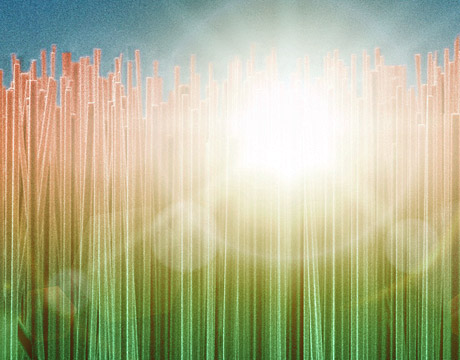 Solar Power for Everyone

Researchers at the Rochester Institute of Technology (RIT) are taking an unconventional approach to improving efficiency and lowering the cost of solar cell technology in the ongoing quest for feasible ways to reduce the reliance on a complex electrical infrastructure.

Parsian Mohseni, assistant professor in RIT's Kate Gleason College of Engineering, is co-principal investigator, leading a team conducting research using nanowires to capture more of the sun’s energy instead of traditional film. He said that if trends go as expected, anyone with solar cells may be able to use them in their home while sending excess energy back to the grid. Consumers can also use the devices on-the-go, by taking them out of a backpack or attaching them to the roof of a car.

“The idea is they can produce their own power wherever they are, whether at home or on the go,” Mohseni said.

Today’s solar panels convert the sun's rays into electricity by exciting electrons in siliconcellsusing the photons of light from the sun. Silicon has remained the current conductive material of choice in most electronic devices because of its low cost, simple processing, and useful temperature range. But with the demand for more storage, better conductivity, lower prices, and higher power for new technologies such as photonics and higher speed transistors, researchers are looking to supplement silicon with other materials that can meet those needs.

Mohseni’s team is building on work previously done that uses a combination of different types of materials, from Group Three and Five on the periodic table, and a different process for better conductive capabilities. But those materials are so expensive that they are used only in special applications, such as space technologies, and not for solar panels and other consumer products.

Researchers began considering using these materials, a combination of metallic and non-metallic elements, around 1990. “It was a really novel approach then,” Mohseni says.

After some work, they realized they could get superior performance compared to any other existing solar cell technologies, but it remained too costly for everyday use.

Mohseni’s team began exploring ways to cut costs. One way is through the use of nanowires. The ultra-thin, grass-like vertical structures, they found, could be used as a replacement for the thin films made from silicon. The nanowires reduce the amount of material used in the devices and decreases costs by nearly 90 percent.

When using film, Mohseni explained, the material has to be thick to capture more light, because when the light isn’t absorbed, it will bounce or reflect off of the film. Nanowires act differently. If light bounces off one wire in an array, it can be captured by a nearby wire and re-absorbed.

“This effect of multiple scattering interactions increases the light-trapping capabilities of the nanowire array. Even though we are using 90 percent less material, we can absorb light better than a thin-film structure," he added. “It’s a luxury that using nanowires provides for us.”

Mohseni was recently awarded about $300,000 for an Early Concepts Grant for Exploratory Research (EAGER) from the National Science Foundation. The award is designed to support exploratory early-stage work on untested but potentially transformative research ideas or approaches. The grant gives the team two years to advance the field.

“During the two-year window, our goals are to realize high-quality nanowire growth on silicon. Our goals then continue on to characterize these materials to take advantage of them for solar cell applications,” he says. “We want to characterize their structure, their optical properties, and their electrical properties, and learn how their composition or their spacing or their size modifies these properties. That’s the materials exploration side of it.”

On the engineering side, the team will study “how to take advantage of these properties we’ve uncovered and make better solar cells. Then the last part is to fabricate solar cells that allow us to realize high efficiencies, all at a significantly lower cost than conventional technologies require,” he noted.

Mohseni hesitates to talk about a specific timetable because of so many factors beyond his control. “It’s not a simple question to answer,” he says. But he hopes it will be within the next decade that, “We are going to be independent of fossil fuels.”

For Further Discussion
The idea is [all people] can produce their own power wherever they are, whether at home or on the go.Prof. Parsian Mohseni, Kate Gleason College of Engineering, RIT 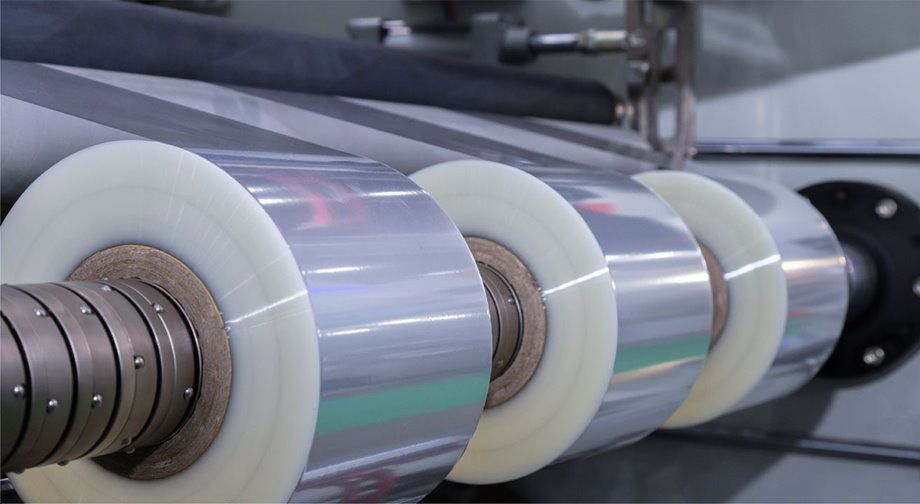