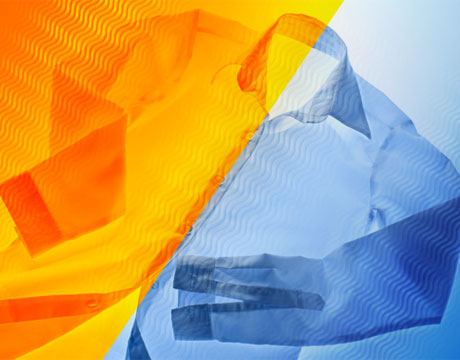 The green era, not to mention a more cost-conscious one, has led inventors to look at one of the larger problems—the energy consumed in the housing market. Tackling this through adjustments to areas like temperature control, a dent has already been made. But recently, a team has asked: Why not look to the clothes you wear?

How often were you told as a kid to put on a sweater when you were going out into the colder outdoors? Or do you change into a t-shirt when it’s hot outside? Well, what about clothing that can regulate your body when you’re indoors, not relying nearly so much on changes in a heater or AC? Smart clothes address this, almost as a second skin.

Renkun Chen, assistant professor at the University of California, San Diego, says this project came about after studying polymer-based materials for quite a while. “The polymer we’re planning to use is adaptive and has passive ability,” he says. “But if the temperatures are too high or too low, we have devices to use with the polymer to go to active cooling or heating.”

The clothing can be powered when needed by battery but also by biofuel cells, which are partly fueled by human sweat, through its glucose. It may not as conventional as a battery but it still is effective, he says. “It’s also our goal to be able to wash the material and have the flexibility that you’d want any clothing to have,” he says. “Printing of the material will make it easier. Stretchable sensors are a key element for the clothing. What we want for the thermoelectrics is for it to be stretchable and printable.”

But that doesn’t mean it will hit every part of the body equally. “There are hot spots on the body that we’re taking into account,” he says. “For example, the back should get particular attention.” The goal, as far as body temperature, is to keep the user at 93 degrees.

But the clothing, which becomes thinner as it’s colder or thicker as it’s warmer, still needs to look good. “If it’s going to succeed it will need to find a way to be fashionable in addition to helping with energy efficiency,” he says. “You want it to be acceptable to customers. Successfully functioning isn’t enough.”

Nevertheless, at this point, they aren’t narrowing the technology down to certain clothing. “We are making the materials, like polymer, but companies using the technology will decide how to use it,” he says. The team has received one grant from the Advanced Research Projects Agency within the U.S. Department of Energy.

What Chen sees in the end are empty rooms put to good use—by not being overly used. “Think about when you have a large room in a commercial building and only have a few people using it,” he says. “There’s a big waste over time. Localizing temperature can create strong change. There are good possibilities.”

For Further Discussion
If it’s going to succeed it will need to be find a way to be fashionable in addition to helping with energy efficiency. Prof. Renkun Chen, UCSD