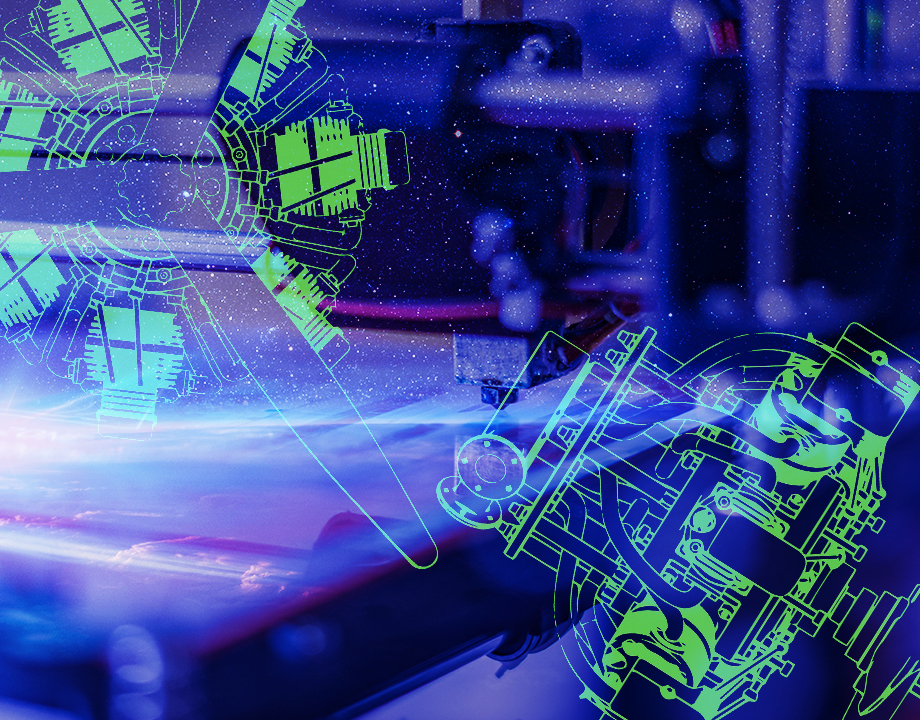 Additive manufacturing is transforming aerospace manufacturing, revolutionizing how planes land and take-off, how engines can operate efficiently, and space research.

Below are seven creative ways AM is being used in the aerospace industry. 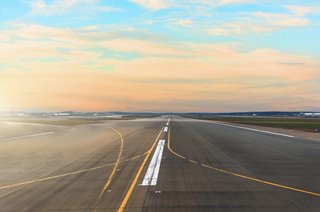 Purdue University and the U.S. Air Force are co-developing a portable, lightweight, 3D-printed runway mat. Using an engineered material called “Phase Transforming Cellular Material (PXCM),” the runway can adjust for varying loading and shear stresses yet still withstand the forces of repeated take-offs and landings of aircraft. “Products made with PXCM geometry have the ability to change from one stable configuration to another and back again,” said Pablo Zavattieri, professor of civil engineering at Purdue. “This means the new runway mat could potentially heal itself, resulting in a much longer lifespan.” 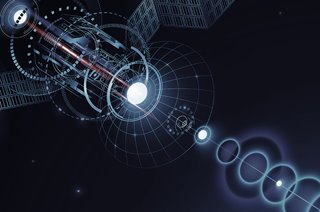 Boeing has relied on AM printing to make parts for satellites for years. It designed and 3D-printed a metal satellite antenna for Spacecom, a provider of broadband satellite services. The company successfully launched its AMOS 17 satellite in August 2019. By using additive manufacturing, Boeing replaced multiple parts in the satellite assembly with a single 3D-printed part, which simplified the design of the satellite, reduced assembly time, and reduced the weight of the antenna. 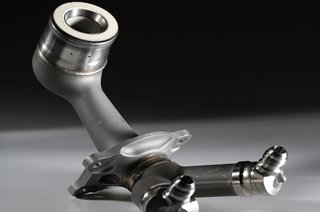 Photo: GE
Some of the most extreme temperatures of an aircraft engine happen at the fuel nozzle—which can be manufactured with AM. For example, the Boeing 777x is equipped with two GE Aviation GE9X engines. Using AM, GE Aviation engineers reduced the number of parts in a single fuel nozzle tip from about 20 pieces to one large piece, which reduced the nozzle tip’s weight by about 25 percent. In addition, the GE9X engine incorporates more than 300 printed parts, further reducing its weight and improving fuel consumption by 12 percent. 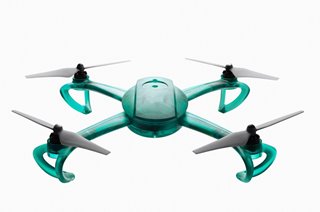 Photo: Formlabs
The versatility of AM allows drone designs to expand far beyond the popular quadcopter format. For example, the UAV Zelator is designed to moving small cargo in remote regions. Its 3D-printed fixed-wing design results in a sturdy, lightweight body that can withstand harsh environments. Another 3D-printed drone—X VEIN—has a reinforced frame and propeller guards to prevent damage from crashes. The strong lattice structure in the body can only be made with AM.

You May Also Like: 8 Ways 3D Printers Build Bigger 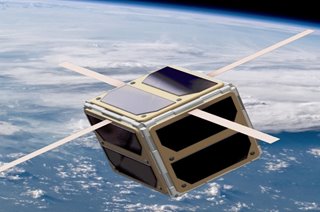 Photo: Stratodyne
At Airbus, engineers used 3D printing to create a titanium satellite frame capable of withstanding the extreme temperature ranges in space, reducing production costs by as much as 20 percent. Stratodyne LLC uses AM to make inexpensive stratospheric satellites that are deployed for telecommunications or data collection. “Unlike conventional satellites, which require months of testing and weeks to achieve orbit over the desired location,” stated Stratodyne, “our satellites can be deployed in less than a day for a fraction of the cost.” 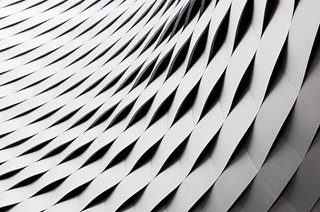 AM printer manufacturers continue to improve their materials’ physical properties—especially higher-strength steels, titanium, and aluminum. For example,  ExOne and the National Center for Defense Manufacturing and Machining are working to qualify AF-9628, high-strength steel produced by the U.S. Air Force, for AM. According to the Air Force, 3D-printed AF-9628 parts are 20 percent stronger than conventional AM alloys. Rolls Royce is also exploring the potential of using titanium in fan blades and fan cases to reduce their engines’ weight. 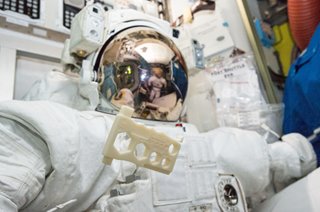 Photo: Made In Space
NASA and Made in Space are collaborating better to understand the behavior of 3D printing in zero gravity. They recently launched a polymer recycler to the International Space Station. Astronauts will test the processing of raw plastic materials and convert plastic packaging and trash into usable 3D printing feedstock for 3D printing parts and tools. The two companies are also studying how to 3D-print large structures in space.

The ability to 3D-print one piece that can replace hundreds or even thousands of machined parts is a game-changer in the aerospace industry. The ability to print parts as needed or in small volume runs makes it easy to replace outdated parts, especially in aerospace systems.

“Not only are the aerospace and defense industries poised to benefit significantly from the transformative power of additive manufacturing, but they are also creating the path and leading the way for other industries to follow,” said Elisa Teipel, chief development officer for Essentium, a manufacturer of AM equipment. “Additive manufacturing provides a unique opportunity for industry players to rapidly-produce parts on-demand, save money, reduce waste, and streamline the supply chain at the speed of relevance. Moving forward, the best organizations will be printing their way to success in the digital age.”