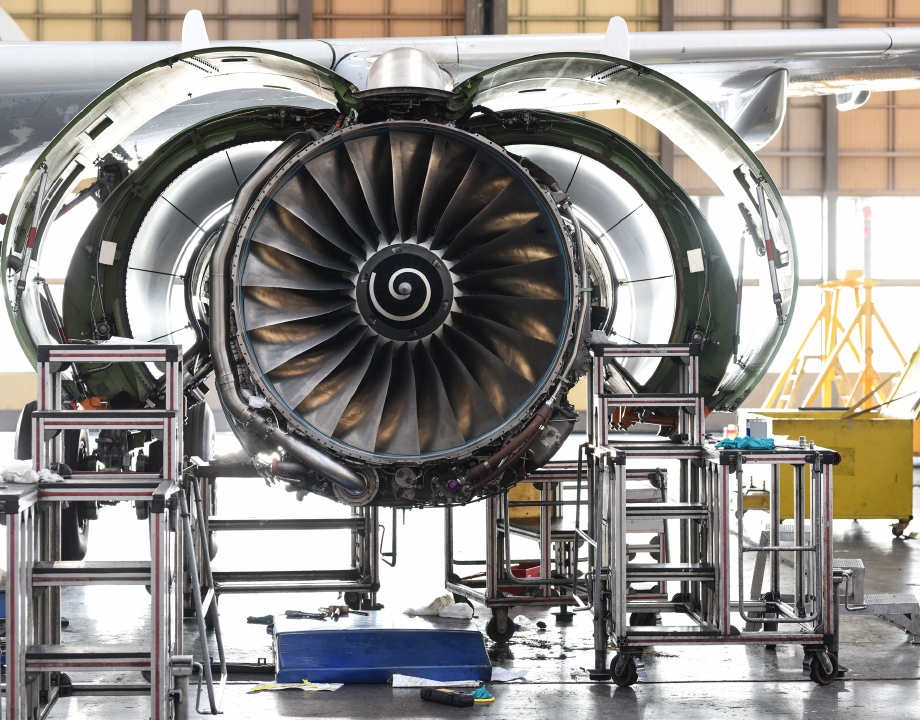 The National Center for Additive Manufacturing Excellence at Auburn University works to improve the consistency and accuracy of metal 3D printing and advanced manufacturing for the aerospace industry.

Advanced Manufacturing Primary Metal Manufacturing
The aerospace industry needs metal 3D printing to reduce the cost, weight, and time-to-market of components used in airplane and rocket engines. What it doesn’t need are the potential inconsistencies the nascent technology can introduce to the manufacturing processes. One defective part, no matter the size, can be catastrophic.

The National Center for Additive Manufacturing Excellence (NCAME) at Auburn University has dedicated much of its research to eliminating inconsistencies in additive and advanced manufacturing (AM) processes. A new $3-million grant from the Federal Aviation Administration will now help the center focus on two of the aviation industry’s most important issues related to 3D metal AM: Understanding the variability in performance of the same parts made on different machines and how microscopic features in the printed metal affect fatigue and fracture.

Nima Shamsaei, NCAME director and the university’s Philpott-WestPoint Stevens Distinguished associate professor of mechanical engineering, views those issues more as requirements needed to advance the industry as opposed to problems that are holding it back.

“Before putting any part in service in safety-critical applications, you need to ensure there is structural integrity in additive materials,” he said. “They’re very different than the conventionally processed ones because of the very unique thermal history they experience during manufacturing. They often have different microstructures.”


Although 3D metal printing follows a standardized process (a laser heats up layers of powder, usually no more than .1mm thick, until the final object is formed), variations in the finished product can occur among the same printer model with different serial numbers. Such factors as the location and environment where the machine is running and inconsistencies in the metal powder, can also cause variations to the part.

Those inaccuracies can lead to porosity issues, fissures, cracks, and poor fusion between the metal layers, ultimately affecting the part’s structural integrity. 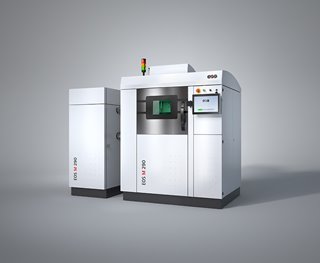 The EOS M 290 has one of most extensive library of materials and processes on the market, including titanium, copper, and cobaltchrome. Photo: EOS
“For these reasons, we have to generate materials data to have a good understanding of all of these components out of additive manufacturing processes if they are to stand service loading,” said Shamsaei. “These studies are focusing on any variability we see within the build.”

For now, the study will focus on collecting a variety of performance data on the EOS M 290 3D metal printer and titanium alloy powders, a metal preferred by the aviation industry for its hardness, strength, and lightweight. The two-year study, however, is not designed to be machine-specific, said Shamsaei. Instead, the NCAME team will focus more on how microstructure and porosity affect mechanical properties. By doing so, much of the data can still be used in the future with new versions of AM metal printers.

“Technology is evolving very fast,” said Shamsaei. “So the question is if I generate data today, is the data applicable two years down the road?”


The new grant follows a $5.2 million contract NASA awarded NCAME last year to develop AM processes for improving liquid rocket engines’ performance. Like jet airplane engines, those in rockets use only a few metal 3D-printed parts. But John Vickers, NASA’s principal technologist, believes manufacturers in the near future will be able to make nearly a whole rocket engine from AM parts.

Auburn University and NASA Founded NCAME in 2017 to improve the performance of parts created with AM. In 2018, NCAME became a founding partner of the ASTM International Additive Manufacturing Center of Excellence.

“Standards is a really big barrier to the adoption of AM across industry sectors, but especially in aerospace,” said Vickers, and NASA is working toward accelerating the development of standards.

While the sky is currently the limit for metal AM, NCAME will continue to share and develop its research with other hot industries, such as automotive, energy, and biomedical.

Learn more on: How to Achieve Government Approval for Additive Manufacturing

“Aerospace is the frontrunner of additive because of the freedom of design leading to light-weighting,” said Shamsaei. “But what we and others are doing in this area can be used with different industrial sectors. It’s not limited to aviation.”