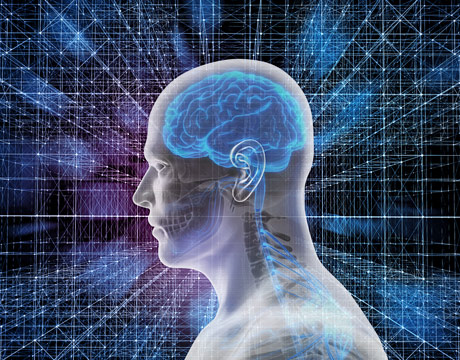 The term microfluidics has many researchers abuzz in the present, with new developments and innovations coming out daily. However, just as many are excited about its future. Count Nicole Nastaran Hashemi, an Iowa State University assistant professor of mechanical engineering, among them. She says her team has seen how microfibers can be made to grow cells and strengthen damaged tissue, and the future applications are numerous.

The Importance of Fiber

“I had been working with microfluidics for a while, partly using them to create biosensors,” Hashemi explains. “I got interested in using them to create specific advanced materials, particularly for healthcare, because I thought it could be a large benefit. There was a great amount of potential opportunity. I came up with the idea of using microfluidics for creating microfibers and we started using them as a scaffold to grow neurons on them. We saw it improve the property, which was very exciting.”

A key challenge was making the fiber in a way that would have specific cross-sections. “Playing with them in microfluidic channels can create any cross-sectional area we want,” she says. “We want to have specific patterns, specific architecture for different tissue engineering applications. We were using smooth fibers but eventually I would like to expand so we can direct, basically, the growth of the neurons. I have been interested in directional growth and we wanted to see how fibers or how the size or the pattern of the cells could affect the differentiation of the cells.”

The fibers in their work have been roughly 5 microns to 20 microns, she estimates. Microchannels utilized silicon wafers when it came to patterning.

Hashemi says the hope was that, by using scaffolds, neurons could make connections with each other, and even transfer signals. “We saw that when using these fibers,” she says of the work, which was partly supported by a grant from the Office of Naval Research. “We saw neurons basically align parallel to the axis of fibers.”

Another advantage of microfibers when it comes to scaffolds is that they are conduits that do not involve voltage, something that can potentially cause damage, she says.

In the long run, Hashemi thinks she wants to encapsulate cells inside the fibers. “But when you actually look back, it was even a challenge to begin with in terms of being able to put the cells on the fibers where they would survive,” she says, finding it surprising that the shapes of fibers would affect differentiation of the cells.

A further goal, she notes, is that their work will also help in understanding brain injuries better, with a focus on microcavities. “If we could make strides here, that could open things up for people who are going through something so difficult,” she says.

Hashemi even believes their work can extend to other areas such as muscle tissue and vessels. “The change from these kinds of adjustments can be amazing,” she says. “I think there are possibly many organs where this could have an effect.”

The change from these kinds of adjustments can be amazing. I think there are possibly many organs where this could have an effect.Prof. Nicole Nastaran Hashemi, Iowa State University