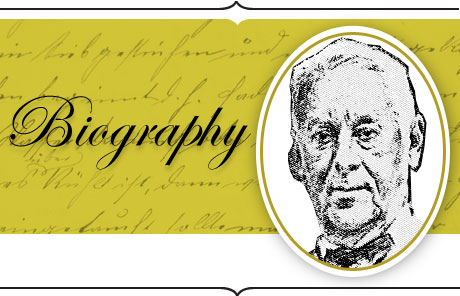 Samuel M. Vauclain (1856 – 1940) invented the compound steam locomotive, an achievement said to have changed the face of the railroad industry, for the very same company for which his father helped Mathias Baldwin build his first steam locomotive.

Born in Philadelphia in 1856, Samuel Vauclain shared his father's interest in locomotives. At the age of 16, he decided against attending college and took a job in the repair shops of the Pennsylvania Railroad, where he served out a four year indenture contract. His indenture period ended in 1877 and he was promoted to Assistant Foreman shortly thereafter.

Vauclain's prolific career took shape when he accepted a position as engine inspector for 60 locomotives being constructed at the Baldwin Locomotive Works in Philadelphia. He would stay at Baldwin for the rest of his career, eventually serving as the company's president and board chairman.

Vauclain was the general superintendent of Baldwin when he designed and patented his version of the compound locomotive in 1889. Compound locomotives were developed to make better use of the steam generated by the boiler and provide more fuel and water efficiency. Previous compound designs had the high-pressure cylinder on one side and the low-pressure cylinder on the other. This created an unbalanced locomotive with significant differences in mass in motion from one side to the other. Vauclain's design overcame this obstacle by placing high-pressure and low-pressure cylinders one above the other on each side of the engine. Although the engine suffered maintenance issues, by 1907, two thousand of his compounds had been built.

In addition to his engineering skills, Vauclain was a successful businessman and was able to secure lucrative production contracts with the United States and its World War I allies. During the war, Baldwin built locomotives for the war effort and oversaw the Remington Rifle company, which produced munitions in Eddystone, PA. With his executive leadership skills and his company's support of post-war rehabilitation in Europe, Vauclain expanded Baldwin into 12 countries, enabling it to become one of the largest locomotive producers in the world. He was also awarded the Distinguished Service Medal for arming the U.S. Army during World War I.

In addition to the compound engine, Vauclain also engineered many other engine prototypes. A lifetime employee at Baldwin, he served as general superintendent, vice president, president, and finally as chairman of the board, until his death in 1940.

Vauclain's prolific career took shape when he accepted a position as engine inspector for 60 locomotives being constructed at the Baldwin Locomotive Works in Philadelphia.