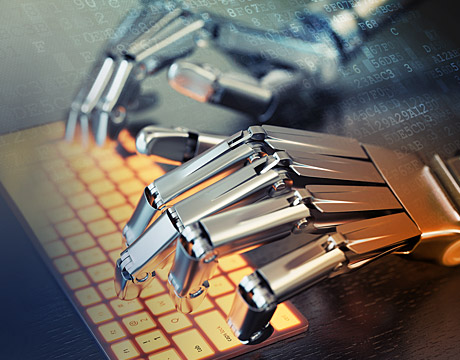 Manufacturers will use the in-house-developed operating system to teach robots how to take their own actions toward human-set goals. In other words, industrial robots learn from their human mentors, then keep learning on their own thanks to the software’s algorithms.

In a move that differs from the aim of other San Francisco startups (in late 2015, Osaro received $3.3 million in seed-rounding funding from some big names in computer software), the company plans to one day offer machine learning for industrial robots, which will allow manufacturers to perform more nimbly by reducing the time they spend training robots, says Derik Pridmore, Osaro’s president.

The company plans to offer its artificial intelligence, machine learning operating system to industrial robot manufacturers and their customers in 2017.

Why the focus on robotic training? Industrial robots aren’t flexible. They need to be programmed, and then they go on to perform programmed actions by rote. Imagine the cost and time savings that can come from industrial robots that teach themselves, he says.

Osaro also wanted to put the operating system to work on a current problem, rather than within a developing robotics industry such as for drones or small robots that perform household duties.

Today, a skilled technician can spend weeks reprogramming an assembly-line robot, Pridmore says. His company’s software should reduce that time to less than one week and help technicians program robotics that can cope on the fly with common manufacturing issues such as components that change shape and lines that change speeds.

The technician trains the robot a few times on how to complete a task. The technician then scores the robot on success of failure at the task. Using those scores, the robot begins training itself, he says. Rather than a technician telling a robot what to do, it figures it out on its own.

This type of machine learning is particularly useful in environments that change over time, such as a manufacturing plant, Pridmore adds.

The company’s artificial intelligence operating system takes a deep learning approach that involves feeding the program large quantities of data to train it to make inferences based on new data. The system further blends deep learning with reinforcement learning, that is, teaching machines how to carry out certain functions through trial and error, Pridmore says.

Deep learning and deep reinforcement learning are two techniques that fall under the broad heading of machine learning, which is allowing algorithms to learn from data.

Not only can robots powered by the Osaro operating system teach themselves, they are quick learners as well. The company’s artificial intelligence system can pick up a game 100 times faster than Google DeepMind, Pridmore says.

In December 2013, Google DeepMind showcased its artificial intelligence system that learns how to play video games similar to the way humans learn. The system mastered seven Atari 2600 games in a matter of hours and could outperform some of the best human players.

In March 2016, AlphaGo, a Google DeepMind program that learns to play the game Go, won in four to one rounds against Lee Se-dol, the world’s second-ranked professional Go player.

With that kind of speed, the Osaro operating system’s training process should be straightforward and effortless, Pridmore says.

In the future, manufacturers will be able to show a robot a few parts, a finished product, and tell them to get to work on part assembly, he says.

The Osara machine learning system is certainly a step beyond robotic arms like that from Universal Robot, of Denmark, which is itself a move beyond the type of commonly programmed industrial robots mostly seen today.

In contrast to traditional industrial robots, the Universal Robots stay hardwired inside safety enclosures. As they run on electricity, they can be moved from site to site within a factory and can be reprogrammed, often by the person who had been doing the job the robot is set to take over, within minutes, says Scott Mabie, general manager of Universal Robots’ Americas Division.

With robots like these in the pipeline, Pridmore and Mabie expect manufacturers to slash set-up and production times, decrease downtime, and increase their bottom lines in the process.

Industrial robots learn from their human mentors, then keep learning on their own thanks to the software’s algorithms.Derik Pridmore, president, Osaro