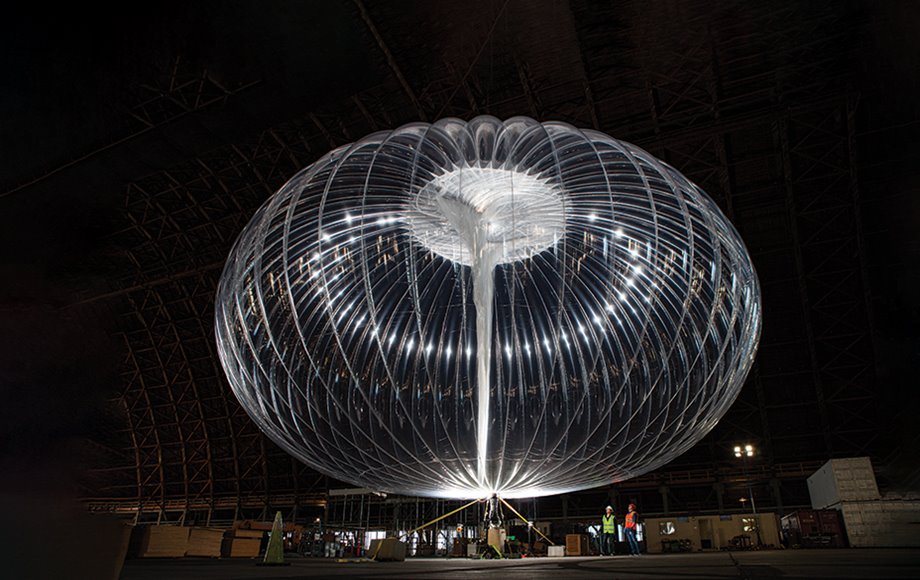 On September 2017, Maria—a Category 5 hurricane  with winds of 155 miles per hour—struck the Caribbean island of Puerto Rico. The U.S. commonwealth was recovering from Hurricane Irma two weeks earlier and dealing with its crumbling infrastructure. When Maria hit, it caused more than $9 billion worth of damage and killed close to 3,000 people.

In the aftermath of the hurricane, the island's communication systems failed. Only one radio station was broadcasting, and residents couldn't phone the U.S. mainland or each other. That is when Loon stepped in.

Loon is a communications company that uses tennis court-sized, solar-powered satellite balloons to deliver wireless internet signal over a remote location. These balloons were essential, providing people on the island with an LTE broadband network. Loon’s balloons are a perfect example of resilience technology. They created a connected network from scratch in a short period of time to help an area in need.

Resilience technology can endure and overcome the ever-changing climate and natural disasters occurring in our world. As the world's temperature continues to rise, there has been an increase in the intensity and frequency of these natural disasters. From the fires in Australia and California to the rising ocean sea levels off the shores of Miami and the coasts of India, these natural disasters are not slowing down. Improving our technology and infrastructure will be necessary to survive.


Several areas in the world have weak or no infrastructure. Many of these areas are exposed to natural disasters and need modern technology solutions. Loon is building an infrastructure-free solution to provide a communication and data network to such remote or desolate locations. 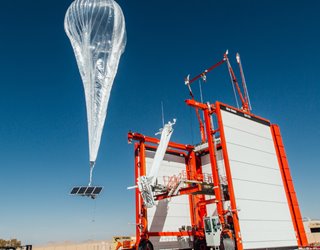 Loon’s custom Autolaunchers deploy the balloons safely and quickly. To date, Loon has deployment sites in Nevada and Puerto Rico. Photo: Loon
Loon’s balloon satellites relay internet signals from a base tower and create a mesh network to transmit the signal between each other and distribute it to the ground. Loon harnesses the wind currents of the stratosphere, which sit 60,000 feet above the Earth’s surface. The balloons travel up and down along the different currents to change speed and direction. Using the currents, they can continuously hover over the same location, providing a consistent internet signal. One balloon can transmit service over an area 20 to 30 times larger than a traditional ground-based system.

The Loon balloons are powered via custom-designed solar panels. The autonomy of solar power is essential to achieve long-duration flights. The balloons are designed to last more than 150 days in the air; one balloon recently clocked 233 days of total flight. In total, Loon has flown over 1 million hours over 40 million kilometers. They are launched into the stratosphere via Loon’s custom-built Autolauncers, which are designed to launch them safely and at scale.

“There are 3.8 billion people who lack internet access across the world, many more who lack adequate access, and the growth in people gaining access is slowing dramatically,” said Zohaib Mian, head of systems engineering at Loon.

“This is a difficult problem that will only grow with the increasing demand for connectivity. A large part of the solution is going to come from building new connectivity platforms.”

Listen to Our Podcast: How Engineers Can Help Fight Climate Change

Companies like Loon are introducing new disruptive resilience infrastructures. Upcoming projects are slated to provide internet signal to the remote areas of Kenya and the Amazon rainforest in Peru. Resilience technology is beginning to integrate with our infrastructure, first by extending existing infrastructure and then by eventually replacing legacy systems.


Changing our Focus to Future Resiliency


“There are two ways to look at resilient technology. The first is emergency response technology for recovery. These are aimed at municipalities or even at the country level to help in times of natural disasters,” said Brian Markwalter, senior vice president of research and standards at the Consumer Technology Association (CTA).

“The second are technologies that help communities continually stay healthy, safe, warm, powered, fed, and secure. And you can classify these as resilience infrastructure.”

Our legacy systems are crumbling. In 2017, the American Society of Civil Engineers rated the U.S. infrastructure with a D+. The grade covered everything from highways to hospitals, bridges to transit systems, and even communication systems and water facility plants. This problem exists not only for the U.S. but also for other countries across the world. It is because of this that organizations like the World Bank Group have made resilience technology and infrastructure a priority. 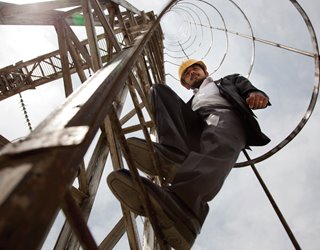 The World Bank Group predicts that climate change driven natural disasters will impact developing countries the hardest, pushing more than 100 million people into poverty. Photo: World Bank Group
The World Bank Group (WBG) is comprised of five international banking organizations that provide leveraged loans to developing countries. The WBG works closely with the United Nations Development Group, and to meet the 2025 climate targets set by the Paris Climate Agreement, it has increased its climate adaption financing budget to $50 billion through 2021 to 2025. The WBG and its projects will help countries shift from addressing resilience technology as isolated solutions to one that incorporates climate resistant technology and practice at every phase.

“Resilience is the ability to bounce back,” said Atishay Abbhi, disaster risk management specialist of the WBG’s Climate Change and Disaster Risk Management Unit. “Even in the face of a shock event, like an earthquake or a flood, the infrastructure is either intact enough to function or can bounce back to its previous position.”

According to research conducted by the WBG, climate change and increasing natural disasters pose a threat to global development, and the ones most affected will be those that live in poverty, dependent on rain-fed agriculture, developing nations, and coastal and island communities.

Recommended for You: The Oil Industry is Part of the Solution

Areas like sub-Saharan Africa and South Asia will see increases in poverty due to climate change. By 2030, more than 100 million people will be pushed into economic hardship if climate action is not taken. The financial damage caused by natural disasters in 2017 cost the global economy $320 billion in losses. Repeated natural disasters, like the ones in Puerto Rico, slow down infrastructure development and reduce economic productivity. 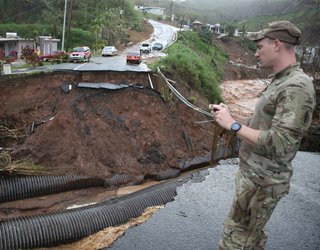 Category 5 Hurricanes Irma and Maria hit Puerto Rico within weeks of each other. Repeat natural disasters caused the global economy $320 billion in losses in 2017. Photo: Getty
“There is an increased understanding within governments that restoration or rehabilitation of infrastructure is way more costly, given the increased recurrence of disasters,” said Abbhi. “A resilient approach is to redesign future infrastructure with new standards that take into account climate risks.”

The 2020 Consumer Electronics Show hosted a track on resilience technology and infrastructure. This was an invitation for several companies, such as Siemens, Panasonic, MasterCard, and All-State, to discuss and evaluate what is needed for better infrastructure.

The CTA’s report, “Disruptive Tech for Climate Change Resilience,” highlighted five key technology areas that have the most potential to support climate resistance. These innovations will help improve and boost our infrastructure. CTA’s Markwalter highlighted an example of how John Deere is using machine learning and advanced vision systems for precision agriculture. The technology measures corn production against water quality and chemical usage, in the hopes of producing corn product with the least amount of supplies. This ensures sustainability in the agriculture industry and helps farmers in poorly resourced areas be more efficient.

These types of new technologies can be used to improve the resilience of any system. Future resilience planning takes into account the potential dangers of climate change and reinforces certain areas based on the various projections.


The Future of Resilience Infrastructure


Ultimately, the goal of resilience technology is to improve infrastructure. When new systems like Loon are created, they must be designed both for the current climate we find ourselves in today and to replace legacy systems tomorrow.

The Advanced Warning and Response Network (AWARN) Alliance is an organization that is trying to improve the emergency broadcast system by providing rich media alerts.

The original Emergency Broadcast System was created in 1963 under President John F. Kennedy. That system is limited in the message it can deliver and the area it can target. The warnings only provide a generic message indiscriminately to a large area.

“We still have the legacy emergency alert systems from the Cold War. It’s such a blunt instrument, and it can only reach people watching TV or listening to the radio. Most of the time, you have to interrupt an entire region, which can lead to over alerting,” said John Lawson, executive director of the AWARN Alliance.

“I’ve learned from dealing with emergency managers just how difficult it is for them to issue the alerts because they don’t know where the alert goes. They don’t want to evacuate people and congest the roads and highways if it isn’t necessary," he said.

“Social science studies have stated, contrary to popular assumptions, that people usually don’t panic in the face of emergencies. Rather people pull together during an emergency, and they actually treat each other better than they do in day-to-day life,” said Lawson.

“However, they do delay in action because they want confirmation or they want more information. With ASTC 3.0, we are providing that information via rich-media alerts instead of a generic warning message.”

ASTC 3.0 can deliver rich-media alerts to television sets in geo-targeted regions, providing the public with in-depth information during an emergency. For example, in the event of an emergency, the alerts will provide evacuation maps, emergency contacts, and areas to avoid, alerting only the areas that are affected. ASTC 3.0’s signal will be able to penetrate walls and do not require a hardwire connection or internet access to connect. Manufacturers such as Sony and LG announced at CES 2020 that they will have 20 different TV models that support ASTC 3.0 antennas in 2021.

AWARN aims to be more than just a TV communications platform; instead, it is hoping to become a new broadcasting emerging standard that will reach several devices.

“We think of it as an overlay network that could be the backbone for all emergency networks. We hope to integrate with future 5G networks, current 4G networks, and public safety networks to provide emergency information on any device,” said Lawson. 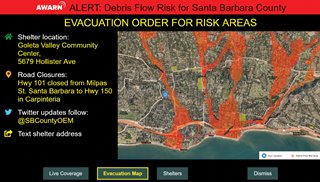 AWARN Alliance’s ASTC 3.0 broadcast system will provide the public with geo-targeted, rich-media alerts in the event of an emergency. Photo: AWARN Alliance
AWARN Alliance has partnered with leading TV broadcast groups to start delivering alerts and establish ASTC 3.0 as a broadcasting standard. Other countries have already adopted the technology. For instance, South Korea used the system to broadcast the 2018 Winter Olympics with 4K resolution and is now using it as an advanced learning platform and the primary method of transmitting information outdoors.

“Companies need a roadmap. In the U.S., we have a very fragmented system, and the government tends to take a light approach to regulation as not to stifle innovation,” Lawson said. “However, the increases in strength and frequency of natural disasters are going to force the government to take a stronger hand toward new infrastructure projects; sooner rather than later.”

Our future lies in new technology that can help us improve or replace legacy systems. As we move forward, the cooperation of all levels of government and private sector companies will be necessary to adopt new resilient systems and infrastructure.