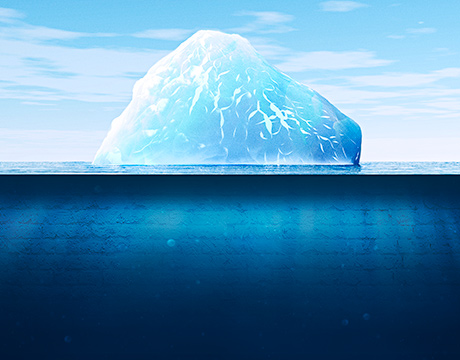 Sea levels could rise to catastrophic levels over the next century if global warming continues. One recent report says the oceans could increase by about four and a half feet by 2100, inundating the homes of some 150 million people.

Michael Wolovick, a glaciologist and postdoctoral researcher at Princeton University, has an idea on how to stem the possible disaster. In a recent paperpublished in The Cryosphere, the journal of the European Geosciences Union, he outlines a large-scale, long-term plan to keep the seas down. In short, it would mean a massive global effort to dump aggregate on the sea floor around Antarctica and Greenland to keep glaciers in place.

For You: The Best Engineering Stories of 2018

The glaciers that are most likely to contribute to rising seas are susceptible to marine ice sheet instability. The phenomenomoccurs where there is a slope along the ocean floor toward the center of a glacier. Warmer waters that cross the hill at the beginning of this slope rush to the base of the glacier where it meets bedrock and melts the ice. The glacier could eventually separate from the bedrock.

By sending heaps of aggregate to the ocean floor at these crucial spots, Wolovick thinks we can cut off the entry point for warm waters, slow the melt, and keep floating glaciers in place so that they reattach to the bedrock.

“The fundamental design is pretty simple; it’s just a big pile of dirt, and humans are pretty good at making big piles of dirt,” he said. Wolovick’s models show that just two piles, or pinning points, could keep a glacier in place. Those piles could later be filled in to make a wall that would slow glacier detachment to a centuries long process.

The aggregate to make those walls or pinning points could be shipped to Antarctica in barges, dredged from the actual continental shelf near the target glacier, or quarried from exposed rock there.

“Developing the technology to build something underneath an ice shelf is probably the biggest technological hurdle to actually building this,” Wolovick said. “Everything else is simply the application of existing technology, although I shouldn’t downplay the difficulty of operating in the Antarctic environment.”

Though creating these glacier retaining fences would likely be one of the largest civil engineering projects the world has ever undertaken, there are smaller scale examples of building on the ocean floor. Dubai’s Palm Jumeriah and the Hong Kong airport were both created by piling sand and rock, albeit in shallower waters.

But Wolovick is under no illusions that the nations of the world are about to join hands—and funds—to start such a prophylactic project. That’s why the plans in his paper have construction starting a hundred years from now.

“The unwritten assumption there is that society won’t make the money available until West Antarctica starts collapsing in earnest,” he said. “The flip side of this scenario is that, in desperation, humanity might rush to implement a poorly thought-out plan due to the political pressure to do something. That's why I think that it is important for the scientific community to have well-researched plans ready to go if and when humanity actually needs them.”

Needless to say, Wolovick is not suggesting we can stop worrying about climate change and bank on the effectiveness of building sea walls a century from now.