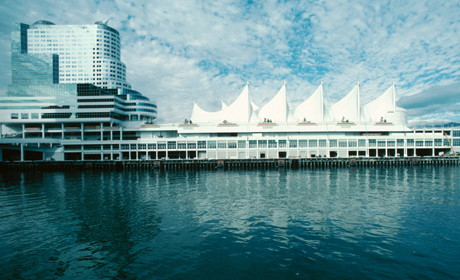 Regis A. Matzie, Ph.D., a resident of Granby, Conn., and president of RAMatzie Nuclear Technology Consulting, LLC, was recently honored by the ASME with the Society’s James N. Landis Medal. He was recognized for exceptional efforts in promoting nuclear technology advances worldwide, including leadership and achievements in the advancement of gas cooled reactor technology and extensive service in nuclear organizations.

The award was established in honor of James N. Landis, president of ASME in 1958. It is bestowed upon an individual for outstanding personal performance related to designing, constructing or managing the operation of major steam-powered electric stations using nuclear or fossil fuels, coupled with personal leadership in some humanitarian pursuit. The award was presented Dr. Matzie during the 2010 ASME International Mechanical Engineering Congress and Exposition, held in Vancouver, British Columbia, Nov. 14-17.

As president of RAMatzie Technology Consulting, LLC, Matzie continues his distinguished career in the nuclear industry following his retirement from Westinghouse Electric Company, LLC (Pittsburgh, Pa.) in July 2009. He remains active with Westinghouse as an executive consultant, devoting his time to promoting the nuclear renaissance worldwide. He also serves on the board of directors of Pebble Bed Modular Reactor (Pty) Limited and Avure Technologies, Inc.

While senior vice president and chief technology officer (2002-09) at Westinghouse, Matzie was responsible for all of the company’s research and development undertakings and advanced nuclear plant development. Earlier, as senior vice president of nuclear systems (2000-01), he was responsible for the development, licensing, detailed engineering, project management and component manufacturing of new Westinghouse light water reactors. He was also the executive in charge of Westinghouse replacement steam generator projects and dry spent-fuel-canister fabrication projects.

Matzie previously worked at Combustion Engineering (1975-89); and ABB Combustion Engineering in Windsor, Conn. (1989-2000), where he was vice president of nuclear systems when Westinghouse purchased the nuclear businesses of ABB. After graduating from the United States Naval Academy (Annapolis, Md.) in 1965, Matzie served in the U.S. nuclear submarine program for five years and in the Naval Reserves for 25 years, retiring with the rank of captain.

Matzie has authored more than 120 technical papers and reports on the development of advanced nuclear systems and advanced fuel cycles, and is a frequent speaker at nuclear industry forums.

An ASME member, Matzie had served on the Industrial Advisory Board and now serves on the Management Committee of ASME Innovative Technologies Institute, LLC.

Matzie has been a member of the American Nuclear Society (ANS) since 1974 and currently serves on the board. He is also a member of the Connecticut Academy of Science and Engineering.

In addition to a bachelor’s degree in physics from the United States Naval Academy, Matzie earned a master’s degree and a Ph.D. in nuclear engineering at Stanford University, California, in 1971 and 1976, respectively.

The award was presented to Dr. Matzie during the 2010 ASME International Mechanical Engineering Congress and Exposition, held in Vancouver, British Columbia, Nov. 12­-1.