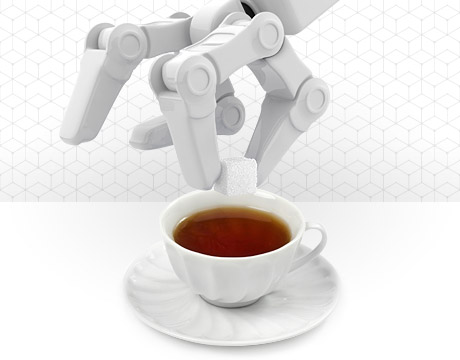 The robots used for manufacturing and assembly are far from balletic. They don’t turn on a dime and they don’t manipulate parts with grace. In fact, their manufacturing capabilities are hindered by their lack of agility.

The National Institute of Standards and Technology has plans to change that, however, through the Agile Robotics for Industrial Automation Competition, which is now in the planning stages and will officially kick off in August. The competition’s goal is to develop agile industrial robots that will be more productive, more autonomous, and to require less time from shop floor workers than do today’s manufacturing robots.

Those who enter the competition will take advantage of advances in artificial intelligence and robotic planning to create their specialized robots. The robots must be able to sense their environments and to identify and recover from failures on the manufacturing floor, says Craig Schlenoff group leader of the NIST Cognition and Collaboration Systems Group in the Intelligent Systems Division. He and William Harrison, also a part of the division, are leading competition and planning.

Identifying and recovering from failure means that when a part a robot needs isn’t in its predetermined location, the robot can find that part and then continue on with its job.

“If you look out at how robots are being used in industry, they’re highly repeatable and accurate, but they’re not agile,” Schlenoff says. “If a part is in a slightly different location then where a robot expects it to be, it fails at its job.”

The competition is a joint effort between the IEEE Conference on Automation Science and Engineering and NIST's Intelligent Systems Division. All competitors are welcome, Schlenoff says. They’ll demonstrate their solutions by simulated via computer model their robots’ real-world manufacturing operation.

To gear up for competition planning, he and Harrison spent time following robots for four hours intervals at many manufacturing facilities. They found that robots failed and had to be reset about 15 or 16 times within those four-hour chunks, Schlenoff says.

“If the parts got thrown off by only a few millimeters robots can’t deal with it. They also can’t what went wrong and try to fix it,” he adds.

Though robots are repeatable—meaning they can do the same job in exactly the same manner over and over again—they can’t perform varied tasks, Harrison says. This is a problem for the many small to mid-sized manufacturers take advantage of rapid replanning methods, by which they regularly change up assembly lines and work with various assembly configurations. Robots can’t keep up with those changes, Harrison says.

“For large companies they set up a robot to do a million times over the course of a year, but when you start introducing robots into smaller shops that create ten or 50 products, it’s a large task to reprogram the robots,” Harrison says. “It’d be easier for a person to come the job than to reprogram the robots.”

So competitors will be tasked with building robots that are easy to quickly reprogram.

Another part of the challenge will be ensuring robots can “plug and play” that is, can operate with robots from various vendors.

“When a company purchases a brand of robots they’re usually tied to that brand because there’s so much infrastructure tailored to that robot,” Harrison says. “We want smaller manufacturers to be able to make the best use of the different types of robots that are out there.”

The simulation-based competition will be “held in the cloud,” which means competitors from all over the world will simulate robot behavior on an open-source robotics infrastructure that exists on a cloud platform. Challenges might include asking the simulated robot to recognize that a part has dropped off the line, to pick it up, and to put it back into the assembly, Schlenoff says.

The competition will officially be kicked off at the IEEE Conference on Automation Science and Engineering held in Fort Work Texas in August.

All the competition challenges will relate to what’s called kitting, in which a robot compiles the kit of parts needed to assemble a product or part of a product. Though kitting is commonly used by manufacturers, development of the kit is a highly manual process mostly done by employees, Schlenoff says.

Should this first-year robots agility challenge go well, NIST and IEEE will likely carry it forward to future years, he adds.

“If kitting is a solved problem then we may go to, for example, full assembly, which is a much more challenging thing for robots to do,” Schlenoff says.

For Further Discussion
If the parts got thrown off by only a few millimeters robots can’t deal with it. They also can’t tell what went wrong and try to fix it.Craig Schlenoff, NIST