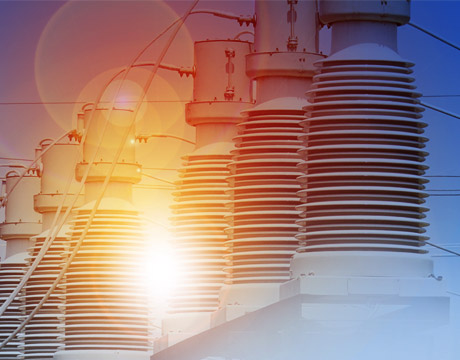 Preparing the Grid to Deal with the Heat

Many areas of the US and the world in general have experienced periods of hotter-than-usual weather recently, but how those changes will affect the electricity grid within urban areas hasn’t really been studied.

As it stands, urban energy grids face significant challenges and uncertainties, including the increased frequency and intensity of heat waves and droughts, says Kristen Cetin, an assistant professor of construction engineering at Iowa State University. No one wants another blackout, much less the specter of commonplace blackouts as grids become overloaded in hot weather.

To help cities prepare for increased demand on the electric grid, researchers at two universities recently began collecting and consolidating electricity-use data from areas close to their homes, Cetin says. She’s the principal investigator on the project.

In August, researchers at both Iowa State and the University of Texas-Austin began sampling consumer data from municipalities in Des Moines, IA, and Austin, TX.

The researchers’ models bring together disparate sources, including historical observations. Cetin and her fellow researchers have collected about 60 years of historical weather data for the areas studied as well as current global and regional climate models.

Synthesizing the data should help them understand what the weather will be like in these locations in the future.

“You can look at different emission scenarios of the future that have been developed and understand what weather would be like for different locations,” Cetin says.

Then, they’ll produce climate models of extreme conditions those areas could face, she says. The models will depict how an area’s power plants will be affected by weather in the future.

The models the researchers will build with the information they’ve collected can give a city’s energy providers the types of information they need to make plans for their grids, she adds.

“A challenge that cities face when you have these extreme weather events is trying to maintain reliability of the electric grid,” Cetin says. “If you’ve got uncertainties associated with certain scenarios, there’s a higher risk of there being an issue with your grid.

Utilities must balance electricity production and consumption at all times, she says. And for that, they need to be prepared for how to respond to times of peak use. “If you have higher energy consumption and lower production that’s where there’s an issue,” she adds. The team’s findings and the models they create could significantly impact the way cities and electric utility operators manage electric grids in extreme heat and drought, Cetin says.

“Utility companies could use the models as an assessment tool to look at the issues they anticipate happening and what they need to plan for,” she adds.

Today’s electrical providers use a system called demand response that adjusts the demand for power rather than the power supply. One of the demand-response techniques involves building owners allowing the electric company to remotely operate thermostats in return for reduced energy costs. During times of peak energy use, utilities can remotely turn up the thermostat for a certain amount of time.

After the researchers’ city models are complete, a second stage of the project will allow utilities to simulate different demand response scenarios in response to climate forecasts, Cetin says. The utilities can then choose ahead of time how to respond to peak energy use, and to heat that could last for longer periods of time than it does now.

Utilities may look at raising rates during peak times to discourage energy use, for example.

“Or maybe they’d look at energy storage, where they store some of the energy prior to peak time and use it to cool the building where they want to consume less electricity form the grid,” she adds.

Maybe if a utility company was going to raise rates during peak-use times, that would change how a building owner would operate their building.
Prof. Kristen Cetin, Iowa State University

While the project starts with Des Moines and Ames, Cetin hopes models like these will be created for other cities across the United States, Cetin adds.

And because Cetin’s work in general focuses on building and construction, she’s thought about how the models will impact building owners as well as utility operators.

“Maybe if a utility company was going to raise rates during peak-use times, that would change how a building owner would operate their building,” Cetin says.

Utilities can’t shy away from the problem of prolonged periods of heat. It needs to be addressed head on. And simulation and modeling gives energy companies a tool to do just that.