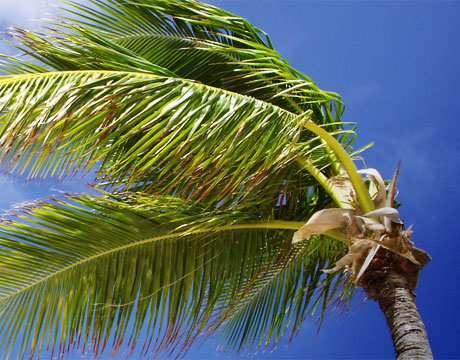 Eric Loth is an aeronautical engineer by training, and by his own admission began looking for something to investigate and work on that was a little different. So he began looking into designs of wind turbines, something that captured his attention as an undergraduate engineering student in the 1970s. The result: Success, in a three-year program to investigate the viability of an ultralight segmented morphing rotor for a 50-MW wind turbine, backed by $3.56-million grant from the U.S. Dept. of Energy.

The project promises to advance the technology fivefold; a 50-MW wind turbine does not now exist. Recent advances are only now producing 8-MW and 10-MW machines with a conventional three-blade design. “There’s no guarantee this is going to work,” notes Loth. “It is a longshot.”

If successful, that longshot could propel wind power to grab a 20% share of U.S. production capacity by 2030, one of the goals outlined in DOE’s recently updated Wind Vision Report. Loth, now the chair of mechanical and aerospace engineering at the University of Virginia, says attaining the goal will require greater development of offshore wind resources that the U.S. is only beginning to exploit. Large, low-cost wind turbines are essential to crack the market but such designs do not exist and have not yet been attempted, he points out.

The problems primarily revolve around extreme blade lengths and overall mass, he says. Rotor blades for a 50-MW machine would approach 200 meters in length and conventional upwind concepts are cost-prohibitive above 10 MW to 15 MW. “At about 10 megawatts gravity and weight become so problematic,” he says. “More mass equals more gravity and it becomes a downward spiral.”

The possible solution—segmented rotors—was inspired by the palm tree. “Compared to an oak tree, for instance, palms are light with a segmented trunk that flattens almost to 90 degrees,” Loth says. “They can morph to the wind.”

Loth’s team includes experts in wind turbine design and controls from U.S. universities, the National Renewable Energy Laboratory in Golden, CO, Sandia National Laboratory in Albuqurque. Their design centers on a downwind machine fitted with ultralightweight segmented rotors. During operation and in good weather, they would spread out to catch the wind. During heavy storms or other bad weather, they would fold together like palm fronds and avoid damage.

Segmentation theoretically reduces the rotors’ weight, allowing them to attain lengths the equivalent of two football fields, reducing costs and easing construction. “Mass is money so we have to think about lightweight materials. The palm tree is inspirational,” says Loth. He believes a prototype can be built using existing materials, such as carbon-fiber composites that are lighter but more expensive than traditional materials. Other alternatives will be investigated over the course of the job, he adds.

At the proposed size, “Gravity is a bigger and bigger issue,” forcing a design outside of conventional scaling, he says. A more common upwind machine is problematic because upwind rotors need a high stiffness to avoid fatigue. It also presents a possibility of striking the tower during high winds. The high degree of stiffness then leads to increased blade mass as rotors scale up, with the problem of greater gravity loads.

The downwind design allows for a segmented blade that could produce a net mass saving of 50% through decreased shell and spar thicknesses, according to a 2012 paper Loth and co-authors published for AIAA Aerospace Sciences Meeting. The paper also states that a prealignment may allow a “more straightforward and efficient segmentation of the blades since shear stresses near joints are substantially reduced….The prealigned geometric curvature can also help alleviate tower wake effects on the blades since blade tips are shifted downstream where the tower wake is weaker.”

The downwind concept incorporates a vertical plane geometry at below rated speeds and then transitions to a load-aligned downwind deflection between rated speeds and cutout speeds, using coning and curvature to balance gravity, centrifugal and aerodynamic forces. This eliminates downwind cantilever loads ten-fold, and is meant to mimic the structure of the palm tree, according to Loth. Reducing the cantilever loads allows blades to be segmented, reducing fabrication and construction costs. Todd Griffith, the technical lead for Sandia's offshore wind program and a team member, says carbon fiber brings huge advantages because of its light weight and stiffness. Key will be figuring out how to use it selectively, because of its higher price, with cheaper materials. He believes the team can build on prior Sandia research with proposed 100-meter-long rotor blades.

Thinking outside of the box is key to advancing wind technology, believes Loth, who is an ASME Fellow. Wind energy has established a stable foothold in the mix of electric power sources in the U.S., producing more than 4.5%—or about 61,000 MW—of the nation’s electricity in 2015. Advances in turbine and rotor design have helped the renewable technology to become a more reliable generation source for the nation’s grid. But its application has plateaued over the past two years, due to lack of stability in federal tax credits, low energy demand since 2008 and the low price of natural gas, according to DOE.

For wind power to grow, DOE calls for further cost reductions, expanding developable areas and deploying wind in ways that increase economic value, including support for U.S. jobs and manufacturing. DOE believes cost reductions do not depend on “disruptive technological breakthroughs” but do rely on continued cost improvements, including rotor scale-up, taller towers to access higher wind speeds, overall plant efficiency improvements achieved through advanced controls, improved plant designs enabled by deeper understanding of atmospheric physics, and other items. Loth is betting that a segmented ultralight rotor blade is a first step toward attaining that goal.

For Further Discussion
Mass is money so we have to think about lightweight materials. The palm tree is inspirational.Eric Loth, Professor, University of Virginia