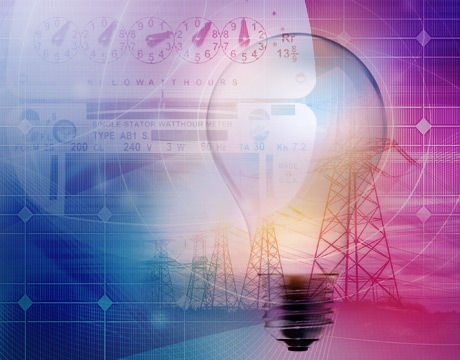 Off the Grid in the Upper Peninsula

Photovoltaic prices are plummeting and battery prices are falling just as hard. Right now, anyone capable of covering the initial outlay can slap a solar array on their roof, power their home, and stand to make a little scratch to boot.

But that scratch is dependent on net metering laws that allow individuals to sell their excess electricity to the utility company. These laws were put in place when the percentage of environmentally minded customers likely to have solar was negligible. “Now it’s not just a few people, a couple of greens—now everybody that cares about money is saying maybe I’ll put some panels up on my roof. That really scares some utilities,” says Joshua Pearce, a professor of Materials Science and Engineering as well as Electrical and Computer Engineering at Michigan Tech.

It scares them so much, that many utilities are trying to change net metering legislation, a move that would seriously squash the attractiveness of adding solar to a home.

What they don’t realize, argues Pearce in his recent paper, Emerging Economic Viability of Grid Defection in a Northern Climate Using Solar Hybrid Systems, is that the price drop for solar, batteries, and natural gas has been so steep that their costumers now have the option of going off the grid entirely.

To prove his point, he and his colleagues narrowed their focus to a single, un-sunny locale. “Rather than cherrypicking a perfect place in Arizona or California, we said let’s take the worst case in America: Michigan,” explains Pearce. “Right now I’m looking out my window. It’s June, it’s cold and cloudy and terrible. And we get snow eight months of the year. It’s a very, very challenging location to be considering moving off the grid. If we can make it work here, then basically everywhere else, at least in the continental U.S., is fair game.”

They did make it work there. The researchers, who included a photovoltaic expert (Pearce), a battery expert, a demographer, and computer scientists, showed that by using a combination of a photovoltaic system with a battery system and a cogeneration system, households making more than $30,000 could conceivably profit by unhitching from the grid.

For northern climes as miserable as those in the Upper Peninsula, the cogeneration unit is key. These refrigerator-sized appliances sit next to a furnace and turn natural gas to electricity. Instead sending excess heat up a smokestack, it’s used to heat the home. As a result, household-sized cogeneration units can reach efficiencies of 85 percent, far superior to even the most efficient centralized power plant.

The economic viability of the hybrid off-the-gird system they used means that utilities trying to punish solar adopters through legislation will be shooting themselves in the foot. “If you’re a utility company with a set customer base and then all of a sudden 10 percent of your customers leave to go off the grid and make their own little micro-grids in their own houses and businesses, then your cost for distribution may stay exactly the same, but now you don’t get any revenue from the energy that they would have bought,” explains Pearce. “So those costs go up, which means even more of your customers are going to want to jump ship, and it just continues and continues. They have all kinds of funny names for it. The death spiral is the most common one.”

But a morbid vortex is not a fait accompli. Some forward-thinking utilities are embracing the inevitable, providing loans to customers wanting to adopt solar, renting roofs from others. In essence, they’ve changed their model to one of distributed generation. Such companies are still in the minority though. “The majority are still ignoring things,” says Pearce. Of course, even if a family could go off the grid, they’d mostly likely want to stay connected anyway, just in case there’s a month of snowstorms and the gas lines go down. So utilities willing to distribute energy regardless of its source are far more likely to have a role in the micro-grid-powered future.

“Our strong recommendation is that you avoid the death spiral,” says Pearce. “Rather than push your customers away, find a way to integrate distributive generation in the grid now.”

Learn about the latest trends in energy solutions at ASME’s Power & Energy Conference and Exhibition.

For Further Discussion
It's a very, very challenging location to be considering moving off the grid. If we can make it work here, then basically everywhere else, at least in the continental US, is fair game.Prof. Joshua Pearce, Michigan Tech