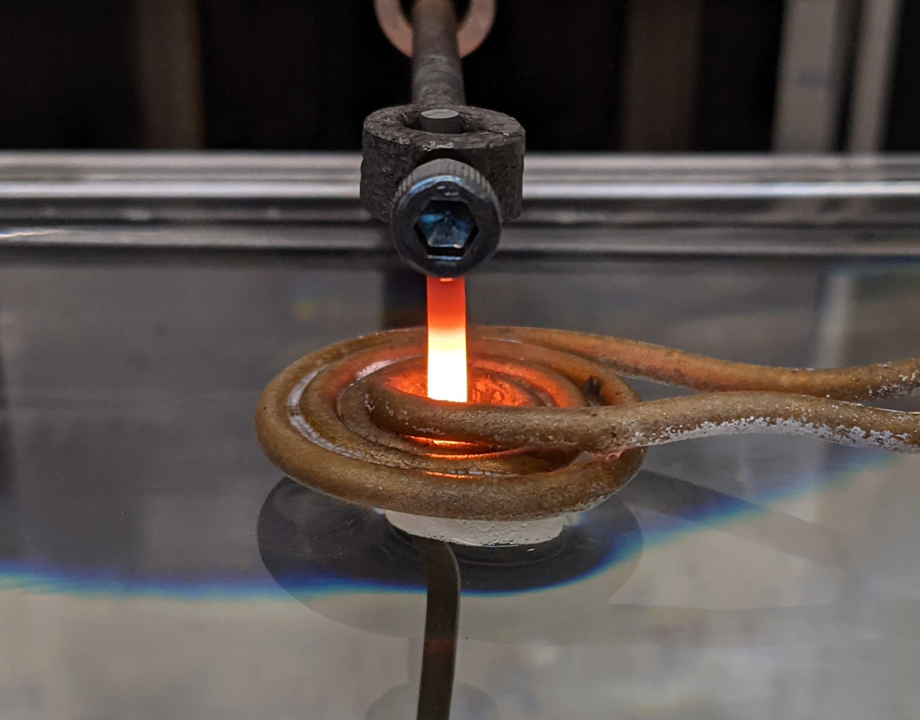 Using a unique heat treatment process that transforms the structure of alloys in post-production, researchers are now able to 3D print high-temperature components that are stronger and more durable.

Advanced Manufacturing Materials Technology and Society
Collection:
Additive Manufacturing Collection
Utilizing 3D printing to construct high-temperature components like gas turbine blades and vanes would save manufacturers precious time and resources. But due to the heat-resistant nature of the metal alloys required for these components, it has not been possible to print with such materials.

Now, a team of researchers at the Massachusetts Institute of Technology has developed a heat treatment that transforms the structure of these alloys in post-production, creating stronger, more durable materials than ever before.

The heat treatment utilizes a process called directional recrystallization. As Zachary Cordero, Boeing Career Development Professor in Aeronautics and Astronautics at MIT, explains, the process requires feedstock material that has been heavily worked, so that it contains numerous crystallographic defects. The energy stored in those defects is used to drive the process and create materials with improved high-temperature mechanical properties.

More for Your Interest: Metal 3D Printing for Orthopedics

Directional recrystallization was used by physicists in the early 20th century to make coarse-grain materials. As casting grew in popularity for heat-resistant components, this process was phased out and replaced by the modern-day directional solidification process, which does not work for 3D printed materials because they are already in the solid phase. But as Cordero has discovered, the old process does work.

“You wouldn't think you could apply recrystallization to something that has been 3D printed because it is a melt-based process,” he explains. “However, it turns out that materials printed with laser powder bed fusion, which is a specific additive manufacturing process, have a structure resembling that of a heavily worked material.”

Printing with the laser powder bed fusion technique creates structures with two critical features: rapid solidification and thermal cycling. Rapid solidification of the material results in a very fine grain structure, and the thermal cycling caused by each pass of the laser plastically strains the material. These two features result in a high density of the crystallographic defects similar to what you would find in cold worked alloys and is ultimately what enables the researchers to use this old heat treatment process.

The goal for most components used in high-temperature applications is to have as large a grain size as possible because that ultimately means more resistance against creep—a term used to describe how a component like a turbine blade deforms with time under sustained load at high temperatures.

Become A Member: How To Join ASME

Using Cordero’s process, they are able to increase the grain size of these materials from just 20 microns all the way up to the centimeter scale. In comparison, the conventional heat treatment can only grow that size to about 100 microns. So Cordero’s materials are more creep-resistant by a huge margin, and that matters.

“The important thing to take note of here are those orders of magnitude,” he elaborates. “So we can grow the grains a hundred times larger than the conventional heat treatment. This translates to a creep rate that is one million times slower. So, we can potentially extend the creep-life of the material by a million.”

In addition to upgraded creep resistance and durability, the treatment also provides manufacturers with a level of control that was not previously possible. For example, with the treatment, there is an opportunity for functional grading. So, some areas of a structure may need more or less of the treatment to achieve a certain result. Cordero explains that you can also control the crystolographic orientation of the grains to tailor the elastic properties of the material, potentially minimizing thermal stresses caused by cyclical heating.

Combine this new level of control with the versatility of 3D printing and you could create new designs that would be impossible to replicate through traditional casting.

Continue the Topic: 3D Printing at the Nanoscale

Casting also takes time and expertise, and the market for creep-resistant components is dominated by two large corporations that both use traditional casting processes, so the demand for their products has always been high. That is until the COVID-19 crisis hit. The pandemic’s impact on air travel meant a sudden and dramatic dip in demand that caused these companies to lay off their employees.

“Casting requires a lot of skill and those employees were artisans,” Cordero says. “Now that aerospace is bouncing back, there are huge shortages in the workforce, and those companies can’t meet the demand. So, if you could print these blades and then use our heat treatment, you could very quickly solve supply chain issues and transform the industry.”

Recognizing the need for the heat treatment, Cordero and his team are moving quickly toward commercializing their solution. With the launch of their new company, Top Grain Technologies, they are excited to see how the heat treatment will disrupt the aerospace market and hope that they can offer solutions that will impact the energy market as a whole.

Cordero’s co-authors on the study are lead author Dominic Peachey, Christopher Carter, and Andres Garcia-Jimenez at MIT; Anugrahaprada Mukundan and Marie-Agathe Charpagne of the University of Illinois at Urbana-Champaign; and Donovan Leonard of Oak Ridge National Laboratory.

Cassandra Martindell is an independent writer in Columbus, Ohio.

3D-Printed Sensor Could Serve All of Humanity in Space