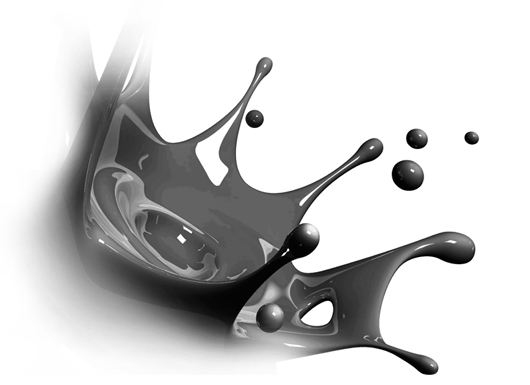 Behind the recent headlines of offshore spills and Middle East uprisings, there has actually been some good news for the U.S. oil industry.

Reports in early 2011 focused public attention on something oil industry insiders have known for years: significant oil and gas plays lie beneath vast areas of the upper midwestern United States, practically begging to be tapped. And when they are, the nation's foreign oil imports could plummet by more than half within a decade.

The news just keeps getting better for producers active in the largest of these fields: the 25,000-square-mile Bakken Shale in the Williston basin of Montana, North Dakota, and adjoining Canadian provinces.

In the mid-1990s, the U.S. Geological Survey estimated the amount of technically obtainable oil in the Bakken at about 151 million barrels. By 2008, technological advances had pushed that estimate to 3 billion—4.3 billion barrels, more than 25 times the previous forecast.

In early 2011, independent oil and natural gas exploration and production company Continental Resources of Enid, OK, was projecting an ultimate Bakken recovery of an astounding 24 billion barrels of oil, enough to make it the world's largest oil discovery in the past 30—40 years, and more than enough to double current U.S. reserves.

The catch is thatthe Bakken does not give up its riches easily. Conventional drilling techniques have only been able to extract a fraction of the available crude.

"The Bakken is a tremendous resource for North Dakota and our nation," said Ron Ness, president of the North Dakota Petroleum Council. "But even with the best technology available today, we can only recover about 5% of the Bakken oil resource in this tight shale rock."

Nonetheless, excitement about the play grows as technologies such as horizontal drilling and hydraulic fracturing become more effective. Horizontal drilling puts the well casing in contact with far greater surface area of the oil reservoir than vertical methods, making recovery from shale faster and more efficient.

Horizontal Drilling Is the Key

In modern horizontal drilling, producers drill straight down until they hit shale, and then use directional drilling techniques to bend the drill string in parallel to the shale layer. Downhole motors and advanced measurement using drillingsensors at selected intervals along the drill string help the crew above ground steer the drill and make real-time adjustments based on directional data.

Multistage hydraulic "fracking" increases the speed and precision of the fracturing process, increasing cost-effectiveness and production output. Area residents and environmental groups have raised concerns about possible effects of this method on groundwater and air quality, but environmental impact studies suggest that horizontal drilling's effects are comparable to conventional techniques.

Bakken-style horizontal drilling is expensive upfront, but the success and yield rates can easily offset the higher initial investment. Producers report that about 99% off their wells are productive, and 90% are profitable—a track record that traditional vertical wells can't touch. North Dakota and the other states with large, previously unobtainable oil plays are relishing some long-sought economic benefits from this latter-day oil boom.

"North Dakota has tripled its oil production over the past four years, becoming the fourth largest oil-producing state, and production continues to grow rapidly," Ness said. North Dakota's 3.8% jobless rate—the nation's lowest—is another byproduct of the boom, as companies struggle to find skilled workers to maintain a drilling pace of 1,800 new wells per year.

"The oil and gas industry has added more than 20,000 new high-wage jobs in the state," Ness said. "North Dakota is attracting all types of engineering companies to the state as we invest billions in infrastructure. We need more companies to do the work."

The ongoing technical challenge to extract even more crude from shale will continue to lure engineers to the region for decades. "This will attract the great minds of the future," Ness said. "The ability to recover the other 95 out of every 100 barrels of oil in the ground awaits better technology."

North Dakota is attracting all types of engineering companies to the state as we invest billions in infrastructure—we need more companies to do the work.Ron Ness, president, North Dakota Petroleum Council