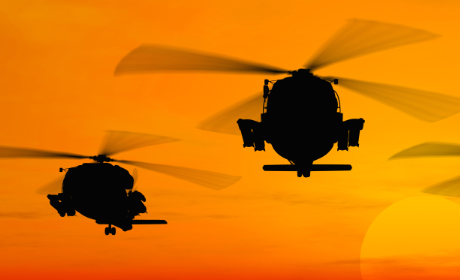 The jet engine fuel market is evolving. New fuels that could replace conventional petroleum-based liquid jet fuels that require no alterations to existing equipment are being developed. In fact, petroleum alternative fuels have advanced to the point that they have equivalent performance and can be used in existing fleets as “drop in” replacements. They can be co-mingled with existing fuels at airports at every stage of delivery, storage, distribution, and utilization in aircraft and their engines.

The biofuel industry has seen much activity in the last several years in evaluating, testing, and certifying synthetic fuels for aviation. Conventional jet fuels are kerosene-type distillates such as Jet A (in the U.S.) and Jet A-1 (worldwide) for commercial aviation turbines, and jet propellant JP-8 and JP-5 for military jet engines. Two leading processes for producing synthetic paraffinic kerosene (SPKs), the same paraffins as traditional jet fuels, are Fischer-Tropsch (FT) Synthesis and hydrotreating to create hydrotreated renewable jet fuel (HRJ).

Fischer-Tropsch Fuels In Use

Most synthetic fuels flown by commercial airlines and U.S. military planes today are blends of FT fuels with traditional fuels. Many feedstocks produce a variety of petroleum-alternatives FT fuels:

To create FT SPK fuels, feedstocks are first converted to syngas with a process called gasification, and then FT processing reacts these gases with carbon monoxide, hydrogen, and a catalyst to make long hydrocarbon chains. These chains are then “cracked” and separated into finished liquid jet fuels.

The RAND Corporation, Santa Monica, CA, recently reported that a number of FT fuels are technically viable substitutions for fuels currently used in military aviation in the U.S. Their composition, purity, density, toxicity, thermal stability, and compatibility with other fluids and materials, among other properties, have been evaluated and shown to be equivalent to conventional fuels. Military aircraft including Army Black Hawk helicopters, Air Force F-15 Eagles, and many others, have passed successful test flights and are now certified to use blends of 50% FT-derived jet fuels with 50% JP-8 jet fuel.

The American Society for Testing and Materials (ASTM) International Aviation Fuel Committee’s recent specification ASTM D7566 has enabled certified use of FT fuel blends of up to 50% in commercial aviation flights. Since the ASTM specification, FT blends have already been used by a number of airlines in normally scheduled passenger flights, while others such as Lufthansa have announced a six-month trial of commercial flights to study long-term effects of BTL fuels on engines beginning in April 2011.

A newer process for creating aviation fuels derived from renewable oil sources is HRJ processing. Fats or oils from nonfood, seed-bearing crops or algae are treated with hydrogen, which saturates the oil molecules and removes oxygen and contaminants. The result is similar to unfinished FT fuels, a long, straight hydrocarbon chain that must undergo similar cracking and separation finishing.

Blends with algae-derived HRJ fuels have completed successful test flights in commercial jet engines, and progress is being made towards extending ASTM 7566 to allow for 50/50 blends of drop-in HRJ fuels with Jet A for commercial aircraft. HRJ certification is also under way for military aircraft.

SPK fuels lack aromatic hydrocarbons, which swell to seal o-rings and other elastomeric seals, so blends with conventional fuels that contain them are currently required for certification. New synthesized kerosene-containing aromatic (SKA) fuels are being evaluated for certification that may support longer term goals of producing fully synthetic replacement fuels that could be used without blending.

These compatible fuels allow extensive aviation infrastructures and more diverse sources of fuel to be used.