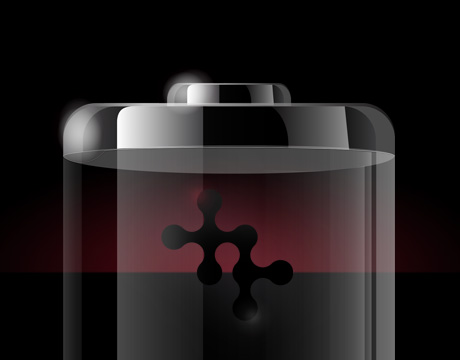 As a Ph.D. student in materials science at Stanford University, Candace Chan’s failure in making metal oxide materials in nano form led her down a path she may never have taken otherwise. This path put her at the forefront of finding an alternative method for making popular, but volatile, lithium-ion batteries that have caused safety concerns. 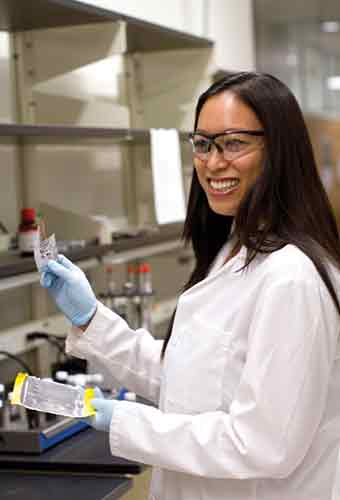 Her general interest as she embarked on her doctorate was in looking for a common and scalable method of making nanomaterials.

“At the time, there weren’t any good ways to make all sorts of nanomaterials using one single technique,” says Chan, an associate professor in Arizona State University’s Ira A. Fulton Schools of Engineering. “You had to find the right synthesis method for each individual material. It was a tedious process.”

After many attempts, she ended up with just one success, a “very beautiful” metal oxide nanowire material, but she had no idea what it could be used for. After learning that it could be a useful battery material, she focused her Ph.D. candidacy on using nanomaterials to improve the properties of lithium ion batteries.

For you: Learn how nanotechnology became engineering’s new frontier.

Today, she and the researchers in her ASU group in Materials Science and Engineering are laying foundations for the next generation of batteries. Chan received a National Science Foundation Career Award in 2016 to support research of a ceramic replacement to flammable liquid electrolytes used in batteries. This award is issued yearly and includes a federal grant for five years to support junior faculty who exemplify the role of teacher-scholars through research, education, and the integration of education and research within their organizations.

We’re trying to replace the liquid electrolyte in lithium batteries with a solid. We need to find a solid that is going to allow a battery to work just as well as a liquid does. Prof. Candace Chan, Arizona State University

Lithium ion batteries are highly desirable for portable electronics, power tools and equipment, and even electric vehicles because of their effective combination of high energy and power in a tiny space. But as demand for increasingly smaller and lighter yet more energy dense batteries has grown, so has the risk of short circuiting, causing the flammable liquid electrolyte inside to heat up, catch fire, and explode. There has been enough concern that many airlines have banned the batteries from checked luggage.

“What we’re doing is trying to replace this liquid with a solid. In doing so, we need to find a solid that is going to allow a battery to work just as well as a liquid does,” Chan says.

The challenge is that many solid electrolytes can be brittle, inflexible, and fragile. To overcome those drawbacks, the researchers are working with composites made of lithium-conducting ceramic nanomaterials mixed with various polymers.

The team recently published an article in ACS’s Applied Energy Materials, written by lead author J. Mark Weller, a Ph.D. candidate, on a new molten salt synthesis method the researchers developed for making a solid state ceramic material, lithium lanthanum zirconate (LLZO). In the materials science world, LLZO is considered a “hot” material right now and a lot of groups are working on it, Chan said. Researchers, though, face some challenges in making it into a real product.

When made by the new method, the material offers improved safety over liquid electrolytes and maintains high ionic conductivity that allows the lithium ions to move through the solid almost as fast as through the liquid. “We found that because the range of the material was in the nanometer range, it could allow the lithium to go in much faster,” Chan says. The end result is a thin flexible film that can be easily implemented into batteries and it’s very scalable.

“With more engineering work we are hoping to get it [even faster],” Chan says. “We’ve been able to make 50 grams at a time, which is a lot of material. We are limited only by the size of our glassware and heating apparatuses.”

Others in the field already know how to make the film, but the problem with most of them is that the films are too thick, Chan says. “We’ve established this new synthesis method and done some preliminary testing of connectivity, though we haven’t made a real battery yet,” she says.

Chan does believe there is enough potential to take the next step soon.

“Hopefully we are going to be working with some companies in the battery-making business to see if they are interested in licensing this method for their devices,” she says. “I can imagine this could be something that would be in a real battery within a few years, for sure within fewer than five years.”

Read More:
Flying to Space on Butterfly Wings
Clams Give Energy to Biofuels
Solar Power for Everyone