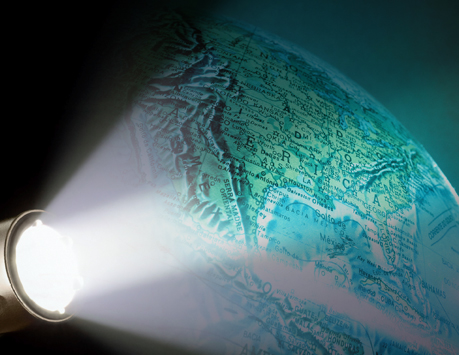 Many of these components can be integrated to form microgrids—distributed generation systems that operate as self-contained, local electrical power grids with a combination of sources and loads. They operate equally well when connected to or disconnected from the utility grid, often incorporating on-site renewable energy sources such as wind turbines and solar panels, as well as electrical energy storage systems.

Microgrids gained national attention during Hurricane Sandy when a residential building in Greenwich Village was able to maintain its power, water, and heat during the damaging storm and its aftermath. It was one of the few buildings that had lights on in the landscape of darkness after Con Edison cut power to almost one-third of Manhattan. The building’s combined heat and power (CHP) system ran 24/7 for five days after the storm, maintaining operation of the central boilers, domestic water pumps, and elevators until power was restored.

Microgrids provide the the opportunity to integrate a variety of renewable energy sources (solar, wind) and fossil-fuel sources (natural gas genets) in building systems, together with CHP that uses the "waste" heat to provide building heating/air conditioning or hot water, to significantly boost efficiency. A static disconnect switch is typically installed so the building can isolate itself from the utility’s grid at a moment’s notice.

Dr. Thomas Jahns, professor of power electronics and electrical machines at the University of Wisconsin-Madison, carries out microgrid research and design at the university’s Center for Renewable Energy Systems, which works with the private sector to explore applications in the fast-growing microgrid industry.

“We are investigating how very different types of renewable and fossil-fuel-based energy sources can be combined with various types of energy storage to design new microgrid configurations,” says Jahns. “These integrated energy systems will make it possible to reduce our dependence on conventional coal-fired power plants, despite the intermittency of renewable energy sources.”

Microgrids have the potential to be the basic core technology that will make tomorrow's smart grid possible. For this to happen, however, there must be a fundamental change in the way the nation’s utility system is designed.

“Our traditional radial grid system, which is built around a limited number of very large power plants, would need to be converted into a distributed mesh system in which the large power generators are broken into very large numbers of small electrical sources,” says Jahns. “This would make it possible to significantly reduce our fossil fuel dependence, reduce our need for large transmission lines, and improve the reliability of our electrical power because of these ‘islanding’ capabilities.”

It is possible that eventually the entire supply of U.S. power could be supplied via microgrids, but it won’t be easy and will require a massive change in mindset. “In Europe and other parts of the world, where energy is more expensive, microgrid installations are much more aggressively pursued than here in the U.S.,” says Jahns. “However, that could change in the future if conversion to clean non-carbon renewable energy sources becomes a major societal objective.”

UW-Madison’s Department of Engineering is serious about microgrid technology. The university will soon open a state-of-the-art microgrid laboratory at the Wisconsin Energy Institute on campus. Research efforts will combine real and simulated power sources capable of reproducing the inherent technical challenges associated with intermittent energy sources.

“We want to be able to create all of the different operating conditions that are associated with renewable energy sources, including high-wind and low-wind days, and bright sunlight and overcast skies, to develop improved techniques that will enable microgrids to adapt more naturally to these fluctuations,” says Jahns.

Microgrids have the potential to be the basic core technology that will make tomorrow's smart grid possible.