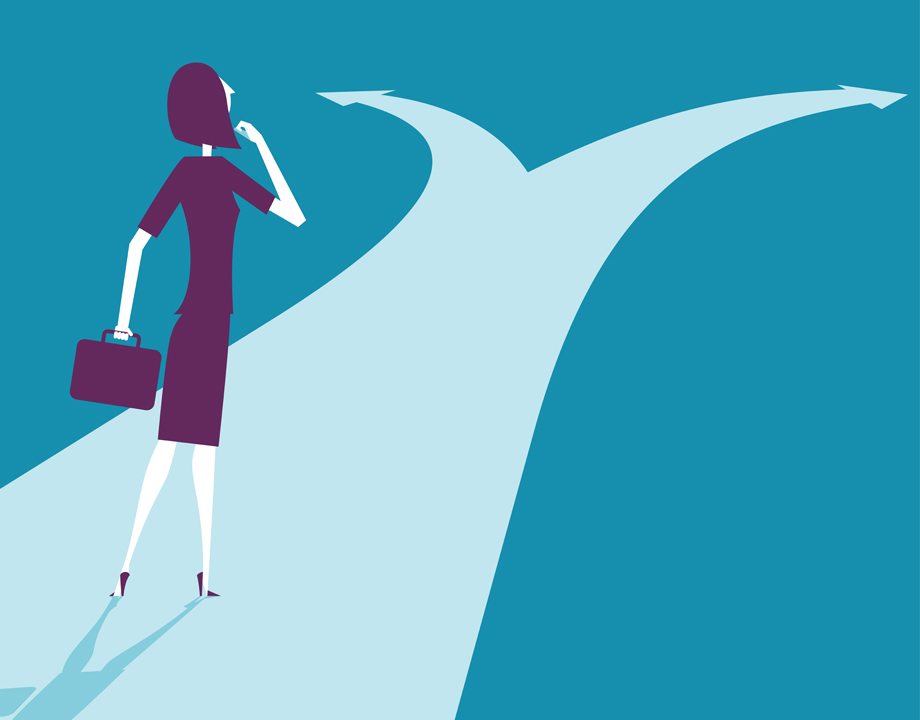 Go deeper with pure engineering or pursue an MBA and become a manager? Many engineers struggle with this career-defining choice.

Consider Priya: She has been a design lead at her company for more than a decade, but she has hit a plateau. There is no more room to grow in her engineering job. In the company organization chart, the only place for her to go up the leadership chain is a management role. Does she continue down the technical career pathway? Or does she take the leap, pursue a master’s in business administration, or MBA, and become a manager?

Mid-careers engineers often reach that crossroad. The right path to take mostly depends on the engineer.

“There are two types: People who are really interested in the subject matter expertise track, but there are also people who are interested in more of the managerial tasks,” said Philipp Tietjen, director of Strategic Initiatives and Analytics at Siemens Digital Industries Software.

Tietjen faced that choice himself. Toward the end of the coursework for his master’s degree in computer engineering, Tietjen realized he wanted to use the analytical approach he had gained and translate that into something that is more on the business side. He went on to earn an MBA as well.

He believes that people who are interested in a management path realize it very early on in their career.

“They are different from the ones that are really interested in learning everything there is to learn about a very specific engineering domain and want to stick with it,” Tietjen said.

Recommended for You: How Engineers Are Thriving Today

Zachary White, founder and CEO of Oasis of Courage, a career guidance service based in Benton Harbor, Mich., has worked with hundreds of engineers and has seen a fairly even split between those staying in engineering and those who pursue MBAs. “It is such a difficult question for most mid-career engineers because they often lack true clarity on their values and vision. You are just seeking to continue down a path that has been laid out before you, maybe by someone you respect or by external voices,” he said.

Many engineers take the management path with career progression as their goal. “Regardless of where they are, most engineers never fully take off their technical or analytical baseball hat,” said Ted Rozier, director of engineering for Festo Didactic Solution Center North America.

Rozier entered the management career pathway through an apprentice program at his company and enjoys being a manager, even though it demands a larger mindshare. “As a manager your job is still to inspire the team and have clear understanding of technical insight in order to drive the department. Engineers think differently, and it takes something different to inspire them," he said.

An MBA often serves as a gateway to business leadership positions, experts say, and management roles typically involve higher salaries than nonmanagement jobs. Even so, getting an MBA is no guarantee for long-term success.

“I see too many engineers go get their MBA, either out of the belief that it will help them land their manager promotion that they have been struggling to land or because they received their first managerial role,” White said. Among most engineering leaders, especially in the middle band of the organization, White says he has seen no correlation between the MBA on the resume and their capability of driving value into the company at that level.

White emphasizes that a technical career path doesn’t allow one to avoid learning how to lead and influence others because those skills are critical on both sides, even if you want to move up the technical career ladder to be a principal engineer or chief engineer focused on deep technical knowledge.

“To get the big paychecks and the big influence and the big impact, you still must be able to influence others and lead the organization from the technical lens,” he said. “It’s different work, but it’s still leadership.”

Engineers solve problems and create products that make the world a better place. However, it also takes business expertise to get these inventions into the right markets. An MBA can prepare an engineer for those business functions. For instance, Tietjen said the best value that he got out of his own MBA degree was finance literacy that helped him understand the functions of the company, including marketing and sales and how everything works together.

“You can also learn a lot through professional certificates that you can do part time while you are working. Or maybe via programs that are offered by the companies themselves,” Tietjen said. In addition to his MBA, he also participated in a Siemens management trainee program.

An MBA is definitely a step forward and you develop new skills that give you confidence, but many engineers are misinformed that by doing an MBA they can become good managers, said Nader Mowlaee, founder of Engineer Your Mission and the creator of The Job Search Acceleration System.

Mowlaee believes that soft skills are 80 percent what you grew up with, and 20 percent you can build. He strongly advises aspiring managers to speak with someone who has made that transition and has walked through this journey to guide you.

White agrees that it won’t ultimately be your textbook knowledge or degrees that make the final difference but instead the willingness to continuously find your edge and then push it further. There is no growth in the comfort zone, he said, so his advice to anyone aspiring to high levels of
the organization is: “Learn how to get comfortable being uncomfortable.”

Chitra Sethi is a science and technology writer based in Edison, N.J.