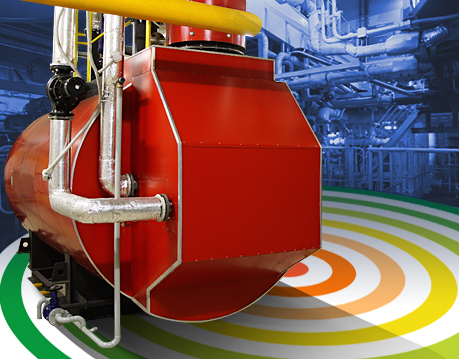 In the boiler world, most upgrades over the years have been small innovative steps rather than anything highly revolutionary as the industry continues to improve safety and efficiency and to control emissions.

Today, efficiency is the name of the game, and recently, companies have been focusing on changing the way the burner operates on the boiler as an important way to gain greater efficiency. The result for one company has been what Alan Wedal, product manager for commercial boilers at Cleaver-Brooks Inc., Milwaukee, WI, calls the biggest major development in decades and perhaps even since World War II.

It all became possible due to advances in computer modeling within the past decade that allowed engineers to work faster, generate information from the modeling program, and test prior to building and testing new boilers.

“Now, we build and test to verify. It’s not as much trial and error as before,” says Florian Wisinski, Wedal’s counterpart for industrial boilers at Cleaver-Brooks.

The goal was to get to a constant oxygen level across the entire firing range of the boiler, which is accomplished through controls and sensors, says Wisinski.

A traditional burner typically operates at lower efficiency ratings because additional oxygen is required for the burner to fire properly, and too much “excess air,” as the added oxygen is termed, can lower boiler efficiency.

According to Cleaver-Brooks, research has shown that 15% excess air is the optimal amount to introduce into the boiler combustion process. While some boilers have been able to achieve 15% excess air at the top end of a boiler’s firing range, the challenge comes at the lower end when the boiler is operating well below its maximum capacity. That’s because most boilers tend to demand greater excess air in the lower range.

Furthermore, Wedal explains, most boilers typically operate in the lower range the vast majority of the time. “So if you can improve the efficiency at the lower firing range and you’re operating there quite a bit of the time, the overall effect can be a very good efficiency gain for the end user,” he adds.

In what became a 24-month process from initial concept, design, and validation through testing, engineers at Cleaver-Brooks started by designing a new boiler incorporating the idea of changing the burner, says Wisinski. One critical factor was a re-design of the tubes within the boiler to increase heat transfer in the tubes. Engineers added helical ribs to the inside of the tubes, creating more turbulence of the hot flue gasses and thus more heat transfer.

But it was only with the aid of CAD embedded with CFD that engineers were able to perform extremely complex calculations on various elements of a boiler system, including analyzing problems that involve fluid flows. Calculations allowed simulation of the interaction of liquids and gases with surfaces, which in turn enabled engineers to improve the tube profile and increase heat transfer by 85% compared to a traditional bare tube.

Now that the equipment is available commercially, more than half of the boilers Wisinski is providing quotes for to prospects are using this new design, which provides between 1 percent and 5 percent greater efficiency in the lower ranges and is comparable in cost to older models.

“It’s changing [the marketplace] as people learn about it and understand it,” Wedal says. “We’re seeing it replacing a lot of our older models that we had been using, driven by the efficiency gains.”

Over time, Wisinski expects this will totally replace older technology although boilers can have a long life, some as long as 50 years. The new boilers have many applications for heating buildings and for all sorts of industrial processing from food, paper and plastic manufacturers to pharmaceutical and computer chip manufacturing facilities to providing process steam at healthcare facilities and other institutions.

While efficiency was the main focus, there are additional benefits, including a reduction in emissions, savings related to using less fuel and an optimized design so that the new model typically has a much smaller footprint than older boilers for a comparable size. “There are gains on many different fronts,” says Wedal.

So if you can improve the efficiency at the lower firing range and you’re operating there quite a bit of the time, the overall effect can be a very good Florian Wisinski, product manager, Cleaver-Brooks.