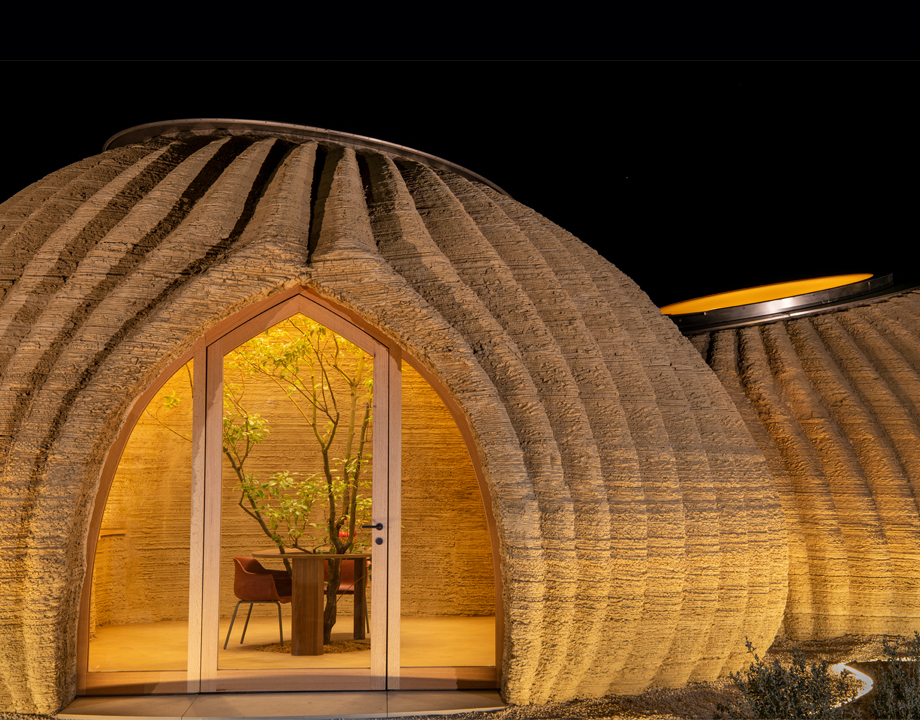 The city of Thekla is in a state of continuous construction with “scaffoldings that embrace other scaffoldings, beams that prop up other beams.” The inhabitants, fearing potential decay, have erected so much in the way of support structure that there’s scarcely any actual city to be seen. What is their guiding principle? It’s revealed when the sun has gone down and the work has stopped. “Darkness falls over the building site. The sky is filled with stars. ‘There is the blueprint,’ they say.”

This tale, from Italo Calvino’s Invisible Cities, inspired the minds behind Italy’s Mario Cucinella Architects to create TECLA, a 3D-printed domicile raised from the very earth on which it it sits. “TECLA is described as a city that is perpetually growing and the idea behind our concept is that, by using local soil as the main construction material, dwellings can arise from the environment and, once they are not needed anymore, they can just go back to the soil, in a possibly perpetual loop that leaves no trace on our planet,” said Irene Giglio, TECLA’s project manager. “And our TECLA is all about the two-round skylights and the relationship with the sky they allow for.” 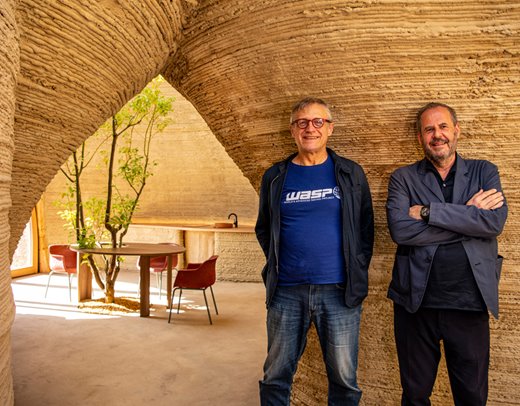 The people at WASP and Mario Cucinella Architects have done everything they can to prove that avant-garde edifices can be constructed just about anywhere. Photo: WASP
The structure, which sits upon the ground like two conjoined sea urchin shells—or, maybe, like two stitched together ice bags, to be less biotic about it—is the product of a WASP 3D Printer.

WASP first appeared on this site some five years ago with their BigDelta printer, then the largest 3D printer in the world. The concepts that informed the development of that printer—extrusion using material found on site, zero emissions as a target, organic curvy structures—have been extended to its smaller cousin, Crane WASP, used to build TECLA. But TECLA (a name that, in addition to referencing Italo Calvino, is also a combination of technology and clay) has some firsts of its own.

The printer has two synchronized printing arms and the software to keep them from colliding. It took 200 hours of printing to build the two pods, with the dual arms laying down 150 kilometers of extruded earth in 350 layers. The structure can be built wherever there’s dirt, but may be tweaked as the landscape, soil type, and residents demand. 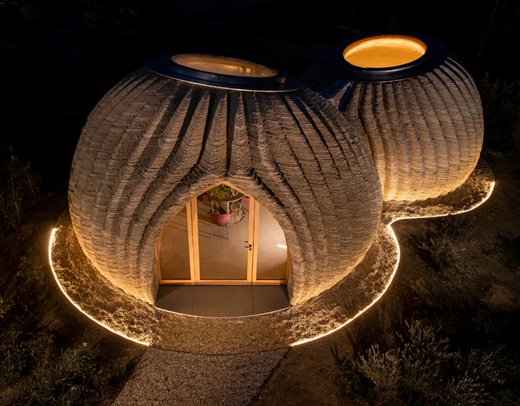 It took 200 hours of printing to build the two pods, with the dual arms laying down 150 kilometers of extruded earth in 350 layers. Photo: WASP
“Its envelope, shape, aggregation and mix design are designed parametrically, and can therefore, change with latitude but also according to the needs of its future occupants,” said Giglio. “We started from a simple dome, that was slowly ‘deformed’ according to the specific local conditions. Since the overall orientation of the building, and the position of the door was given by the plot, we played by tilting the skylights and enlivening the external skin, thus achieving its iconic sea-urchin-shape.


Pulling building material from the earth at the site of construction is no eco-chic gimmick. The people at WASP and Mario Cucinella Architects have done everything they can to prove that avant-garde edifices can be constructed just about anywhere—and that they can be built with next to zero emissions.

The cranes that hold the printing head are erected by hand and the computers that drive them are solar powered. The whole system uses an average of six kilowatts. “TECLA reduces the raw materials extraction, processing and transportation that make up almost 40 percent of total energy use over the entire life cycle of a building,” said Giglio.

With its tiny carbon footprint, comely form, and speed of construction, you might think the giant pin-cushions would soon be sprouting up all over the world continuously, a la Calvino. But, of course, there’s much to be done before TECLAs proliferate in any great number.

Take this Quiz: Which New Materials are Popular in 3D Printing?

“TECLA is still a prototype and there is a long path, made of research—and certifications—to go,” said Giglio. “In the next months, following the huge success it had, we will work hard, along with our many partners, to make it happen.” 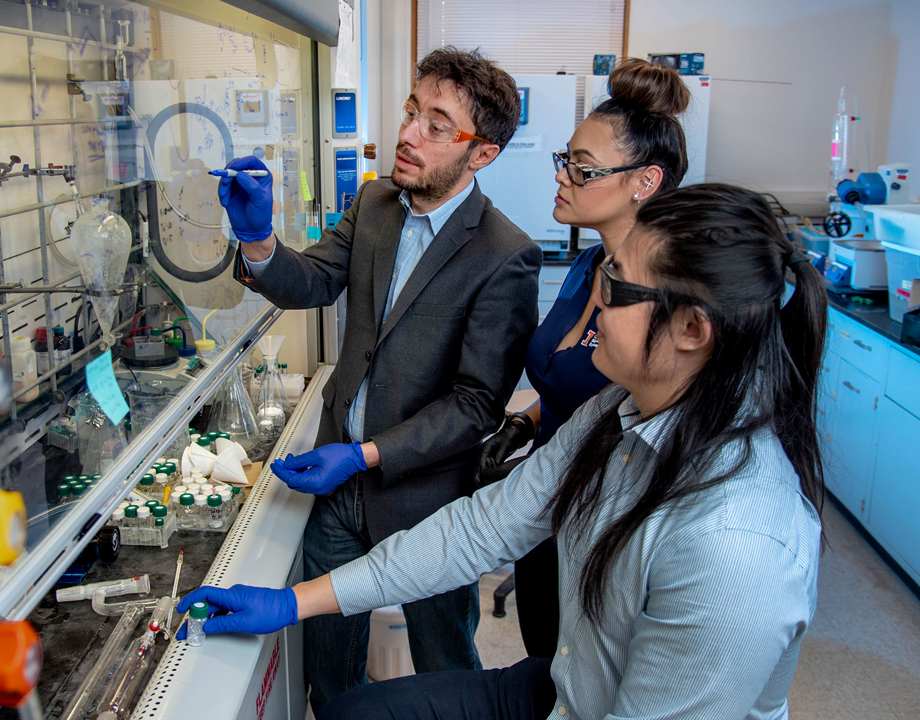