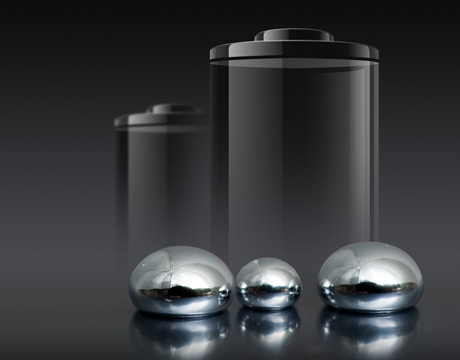 Battery storage capacity is an increasingly critical factor for reliable and efficient energy transmission and storage—from small personal devices to systems as large as power grids.

This is especially true for aging power grids that are overworked and have problems meeting peak energy demands. Companies are scrambling to develop scalable battery solutions that can stabilize these grids by increasing energy efficiency and storage capacity.

“The market opportunity for grid-scale energy storage is large, growing, and global,” says Phil Giudice, CEO and president of Ambri, a start-up company in Massachusetts that is developing an innovative battery system that relies on molten metal for storing energy.

The battery is based on research conducted by co-founder Donald Sadoway at the Massachusetts Institute of Technology. The system is different from other storage options on the market because it is the only battery where all three active components are in liquid form when the battery operates. Two liquid electrodes (magnesium and antimony) are separated by a molten salt electrolyte; the liquid layers float on top of each other based on density differences and immiscibility. The system operates at an elevated temperature maintained by self-heating during charging and discharging, resulting in a low-cost and long-lasting storage system.

When a liquid metal battery cell is at operating temperature, potential energy exists between the two electrodes, creating a cell voltage. When discharging the battery, the cell voltage drives electrons from the magnesium electrode and delivers power to the external load, after which the electrons return back into the antimony electrode. Internally, this causes magnesium ions to pass through the salt and attach to the antimony ions, forming a magnesium-antimony alloy. When recharging, power from an external source pushes electrons in the opposite direction, pulling magnesium from the alloy and redepositing it back onto the top layer.

“Liquid electrodes offer a robust alternative to solid electrodes, avoiding common failure mechanisms of conventional batteries, such as electrode particle cracking,” states Ambri on its website. “The all-liquid design also avoids cycle-to-cycle capacity fade because the electrodes are reconstituted with each charge.”

Extensive laboratory testing on over 2,500 cells with a cumulative test time of 600,000 hours and 100,000 cycles shows that the all-liquid cell design avoids the main failure mechanisms experienced by solid components in other battery technologies. “This enables our systems to have a projected lifespan of over 15 years with no degradation in performance,” states Ambri.

Other advantages of liquid metal batteries include:

The liquid-metal battery is an innovative approach to solving grid-scale electricity storage problems. Its capabilities allow improved integration of renewable resources into the power grid. In addition, the battery will hopefully improve the overall reliability of an aging grid and offset the need to build additional transmission, generation, and distribution assets. This is, however, a competitive field. Dozens of start-ups are targeting utility-scale energy storage with innovative systems that utilize compressed air, iron flow batteries, saltwater batteries, and other electrochemical processes.

Ambri continues to improve the performance and longevity of its batteries—some of its test cells have been running for almost four years without showing any signs of degradation. The company is also exploring other elemental combinations, including calcium, lithium, and lead. Because of the simple design and easy-to-source materials, manufacturing the battery will cost far less than other storage technologies for an equivalent amount of storage. “Ultimately,” says Ambril, “we envision working with global partners to build factories around the world, creating partnerships to serve regional markets.”