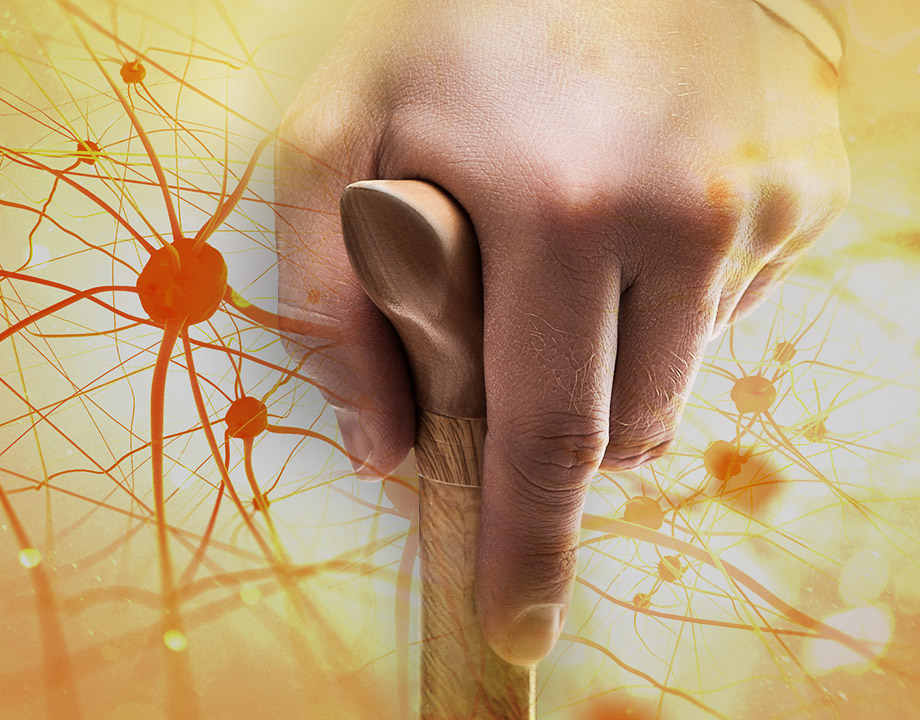 An inner ear implant restores balance by signaling the vestibular system about the location and motion of the head.

When A’ndrea Elyse Messer, a science writer, was fighting a dangerous infection, her physician prescribed a strong antibiotic, gentamicin. Since the drug was known to cause deafness, loss of balance, and kidney problems at high doses, he gave her a low dose for a short period of time.

Within a few days, however, Messer was experiencing kidney problems. Then, one morning, she awoke to find her sense of balance completely gone.

“I didn’t have vertigo,” she said. “There was no dizziness. But I couldn’t even walk to the bathroom without holding on to something. My body just refused to center itself. It did get a little better over time, but I needed to rely on a cane to walk indoors. Walking on grass or snow, where I couldn’t see my feet, was nearly impossible.”


Hope for Patients with Vestibular Problems


Today, Messer has found relief from an innovative implant that provides continuous electrical stimulation to the vestibular nerve in the inner ear. The nerve provides the brain with information on head position, motion, and spatial orientation so it maintains a person’s balance when their head turns or moves. 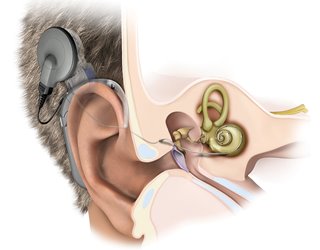 An early version of the electronics Charles Della Santina used for his vestibular system implant. Image: Johns Hopkins
The implant system was developed by Charles Della Santina, a professor of biomedical engineering and otolaryngology, and his colleagues at Johns Hopkins University. The device has the potential to help individuals, like Messer, who have been diagnosed with bilateral vestibular loss, a condition that affects approximately 64,000 Americans, Della Santina said.

The device itself is built on the same principles as surgically implanted cochlear implants, which were invented in 1957 to restore hearing for some deaf individuals. In healthy people, sound causes hair cells in the ear to vibrate. The cochlear nerve transforms those motions into pulses that go to the brain. A cochlear implant bypasses damaged hairs and transmits sound impulses directly to the nerve.

The vestibular system, which controls balance, is more complex, and involves fluids as well as tiny hairs. It provides the brain with information on the head’s position, motion, and orientation so it can maintain a balance when moving.

The vestibular nerve itself runs through three semicircular canals. Like a MEMS gyroscope, each has a different orientation. When the head moves, fluid in the canals stimulates tiny hairs that activate the nerve, which transmits the information to the brain.

Back in the 1960’s, Bernard Cohen, a pioneering neurologist, showed that he could selectively stimulate different branches of the vestibular nerve by implanting wires into the semicircular canals of the inner ear.


It has taken 50 years to turn Cohen’s insights into a practical device. Della Santina started by modifying a commercial Concerto cochlear implant made by Med-El into a vestibular implant.

The modified device stimulates the vestibular nerve, helping to restore the eye-stabilizing reflexes that enable humans to properly align their heads in relation to the body’s movement. This restores a sense of balance.

Related Video: How Does a Robotic Cane Work?

The device consists of three components. The first is an array of three platinum/iridium electrodes, one for each semicircular canal, plus a fourth for reference and return.

The implant receives power and control signals from a device that mounts behind the ear, where it inductively couples with the implant. This contains an Invensense MPU6050 MEMS motion sensor that combines a 3-axis gyroscope and a 3-axis accelerometer.

Software developed by the lab translates 3D head rotational velocity data from the sensor into a series of electrical pulses (which vary in rate and amplitude) that are used to stimulate each of the vestibular system’s semicircular canals.

For the sensor to provide accurate measurements, the palm-sized unit must remain fixed in place behind the ear. This is done by implanting three magnets in the scalp, which anchor the unit in place.

Della Santina, who is also a surgeon, has successfully implanted the device in eight individuals to date, including Messer. At first, patients experience uncontrolled eye movements, called nystagmus, as well as dizziness. Those side effects subsided within a day. While the device restored some degree of balance for all eight patients, a few lost hearing in the ear with the implant.

“Almost immediately, my balance was better, but it wasn’t great. I still needed my cane,” said Messer. “But I noticed that the exhaustion I experienced from having to constantly use my vision to navigate was gone. I didn’t have to adjust my head, neck, and shoulders all the time, and it made a huge difference in the way I felt.”

The team is already planning to improve the device’s fidelity. “There are mechanical design aspects like making sure we can increase the stimulation without spreading it to the wrong nerves—optimize the stimulus routines—that we are working on,” Della Santina said.

“We are also doing the work so we can understand why some people are able to preserve their hearing after getting the implant and some lose it, so we can prevent any hearing loss in the implanted ear. There’s a lot more to be done—but we’re working hard on it.”

Within three months, Messer’s balance improved to the point where she no longer needed a cane.

“It’s not perfect,” she said. “It’s not the same as before, and I still can have some trouble walking outdoors. But I have absolutely no trouble navigating and walking around inside. I’m back at the gym. I’m doing all the things I couldn’t do before the implant. It works for me.”

Kayt Sukel is a science and engineering writer based in Houston.