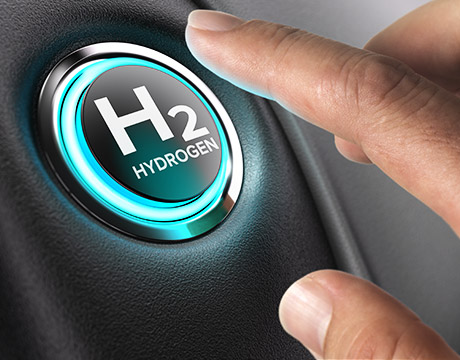 Autonomously driven vehicles and electric-powered cars flaunt technologies that are beginning to capture the imagination of the public. Tesla is the poster child for electric-powered cars, but the Chevrolet Volt is gaining. Another technology is lagging, but it won’t go away and its proponents think it could rapidly surpass its rivals if the next round of research shakes out.

Hydrogen is the other alternative fuel, and though it is unclear what the new Trump administration thinks about it, car manufacturers and researchers are moving ahead. Hyundai, Honda, and Toyota already offer hydrogen-fueled cars, but storage remains an issue. For now, stakeholders are focusing on hydrogen infrastructure focused on high-pressure storage or very cold temperatures.

But other work is being done to make storage better and more economic, delivering hydrogen at lower pressure and higher on-board densities. An Indiana startup born from Indiana University-Purdue University Indianapolis is taking a National Science Foundation grant to prove a low-pressure solid-state delivery system. Peter Schubert, founder of Green Fortress Engineering Inc. and professor of electrical and computer engineering, says his system has the potential to be “disruptive” by delivering hydrogen at low pressures of eight bars or even less. Now, compressed hydrogen gas is stored at 700 bar, or atmospheres of pressure.

Schubert, also the director IUPU’s Richard G. Lugar Center for Renewable Energy, says the key lies in using cheaper and more abundant materials. Metal hydrides are the preferred catalyst in existing low-pressure storage systems and have been used for a long time. But they give off a lot of heat during recharge, up to 500 degrees Centigrade. “That makes dissipating heat more complicated,” says Schubert.

Schubert’s system will use less expensive and more common silicon, rather than metal hydrides. “Using these less-expensive materials could make solid-state hydrogen storage available to every economic market,” he says.

But the long-range effects could even be greater, he says. Silicon is almost ubiquitous, used in manufacturing computer chips and solar panels. The fledgling technology would allow homeowners or businesses to generate their own hydrogen using rooftop solar panels to split water. Storing it as hydrogen in silicon, a home could theoretically be fueled overnight or over a number of days. “With solar panels and water, you could have all the utility needs for a lifetime,” says Schubert. “And on a cost curve of less than $8 per kwh, it could clobber batteries and completely disrupt energy supply.”

That’s a grand plan, but Schubert thinks its future isn’t that far away if the next research steps are successful. The first phase is performing the first gaseous recharge of a solid-state hydrogen storage media, to make valid the theoretical work that led to the NSF grant. That includes working with polycrystalline silicon and metallurgical grade silicon, something not yet attempted. That would be followed by construction of a one-tenth scale radio-controlled car fitted with a fuel cell and hydrogen storage media.

Other researchers are looking at hydrogen storage a little differently. A Florida State University professor is designing new materials to store hydrogen more efficiently. In an article published in the Journal of the American Chemical Society, Jose L. Mendoza-Cortes used computer simulations and mathematical equations to describe porous materials of transition metals that cause hydrogen to bond to it.

Made of earth abundant materials such as cobalt, iron or nickel, the materials could be placed or manufactured within a fuel tank. Because the hydrogen molecules bond to the material, more hydrogen could be fitted in and condensed into a tank. Further, because hydrogen bonds to the material, the tank never really would reach the empty level, claims the assistant professor of chemical engineering.

“More hydrogen can be stored at lower pressure and room temperatures, making some of these materials good for practical use,” he says.

Current compressed hydrogen systems require large facilities to pressurize the gas to 10,000 lb per square inch. Fuel tanks must be “super strong” to handle the pressure, notes Schubert. His system operating at 8 bar allows for using a much lighter tank.

Schubert says his real passion is space-based solar power, putting solar panels in space where they would generate electricity almost continually, relaying the power to earth. He actually thought of using silcon as a medium when writing a novel about hydrogen and the space program.

“It was a plot device,” he says. “I thought—Silicon—and it is pourous. No one had proposed anything like that before.”

Schubert was working in the private sector at the time, and worked on the idea with the approval of his employer. The theoretical work proved fruitful, and he was awarded the patents for the system, which now belong to IUPU. If the next step is successful, he thinks a working commercial system may be five or six years away. Coupled with another plan to produce hydrogen from biomass on a local scale, he thinks hydrogen-powered cars could give electric-powered competitors a good run for their money.

For Further Discussion
With solar panels and water, you could have all the utility needs for a lifetime. And on a cost curve of less than $8 per kwh, it could clobber batteries and completely disrupt energy supply. Peter Schubert, Indiana University-Purdue University Indianapolis