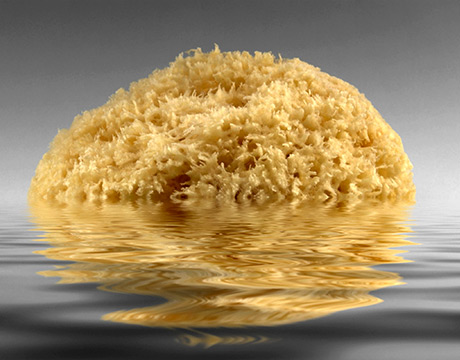 How the Fluid Flows

Take a water-saturated sponge and place it in a bowl filled with almost any liquid. The results could prove relevant to future carbon dioxide storage methods.

Fluids move and interact within porous networks in a complex manner. Pinning down the methods behind a certain type of fluid displacement within porous material could help researchers come up with the best ways to store carbon dioxide in undersea rocks or to leach contaminants from soil, says Marcel Moura, a researcher at the University of Oslo’s newly established PoreLab.

He and fellow PoreLab researchers recently demonstrated the process through which fluid moves from a porous material—like the sponge or porous rocks--when another liquid is forced into the material.

“When a material full of pores, like a rock or a sponge, is soaked in a fluid and then another fluid is forced in, an interesting dynamics arises,” Moura says. “The invading fluid sequentially displaces the other one from the pores.”

Such displacement takes place when air is shot into an underground cavern filled with water or when water makes its way into a patch of oil-soaked ground.

In this type of fluid flow, the first liquid follows a mathematical formula when it ebbs from its surroundings. And the process is actually commonplace.

“It happens in carbon sequestration, but also simply when writing on a paper and the ink displaces the air from the voids between paper fibers, or when we water the plants and water displaces air from the soil pores,” Moura says.

And solid porous materials represent one of the most promising technologies for separating and storing gases, which is important in the generation and use of energy, Moura adds. Carbon sequestration, for example, aims to store carbon dioxide in a number of ways, such as underground in depleted oil and gas reservoirs, saline formations, and un-minable coal beds, or by injecting carbon dioxide deep within the ocean floor.

That’s why studying the way the method of displacement is important, Moura says. The mathematical formula involved in the fluid displacement process can be used by those working on methods of carbon sequestration as well as in the many fields in which one fluid displaces another from a porous network, he says.

The formula for the way liquids “percolate and scale” within a fluid-filled porous structure was first published in 1988 by University of Oslo researchers in the physics department. They used computer simulations to quantify the relative probabilities of this type of pore displacement and made predictions about how that probability would vary with space and time. But they were never able to verify those predictions experimentally.

“It's transparent, which is convenient because we can directly see the fluids moving inside of it,” Moura says “Having a very simplified system like ours is convenient because things become more comprehensible than in a real porous network like a rock in the subsea or real soils. Nevertheless, of course we don't capture the full myriad of phenomena that occur in real systems.”

The PoreLab team was able to verify the 1988 predictions and offer an explanation for the way one liquid displaces another within a porous substance.

Future researchers can use both the formula and the PoreLab team’s findings when investigating their own techniques for carbon sequestration or soil contamination cleanup, he says.

The Porelab itself is a new and novel lab, created in 2017 as a Norwegian Centre of Excellence and housed at the Norwegian University of Science and Technology in Trondheim and at the University of Oslo. The group focuses on the physics of porous media using experimental, theoretical and computational methods. Scientists in physics, chemistry, and reservoir engineering lead the PoreLab team.

The lab addresses fundamental scientific questions in a field that historically has been dedicated to specific applications, Moura says.

Kicking off its work by verifying the way fluids displace other liquid within a porous material could aid researchers looking to halt climate change.

For Further Discussion
Having a very simplified system like ours is convenient because things become more comprehensible than in a real porous network like a rock in the subsea or real soils. Prof. Marcel Moura, University of Oslo