How Coronavirus is Reshaping the Engineering World

How Coronavirus is Reshaping the Engineering World 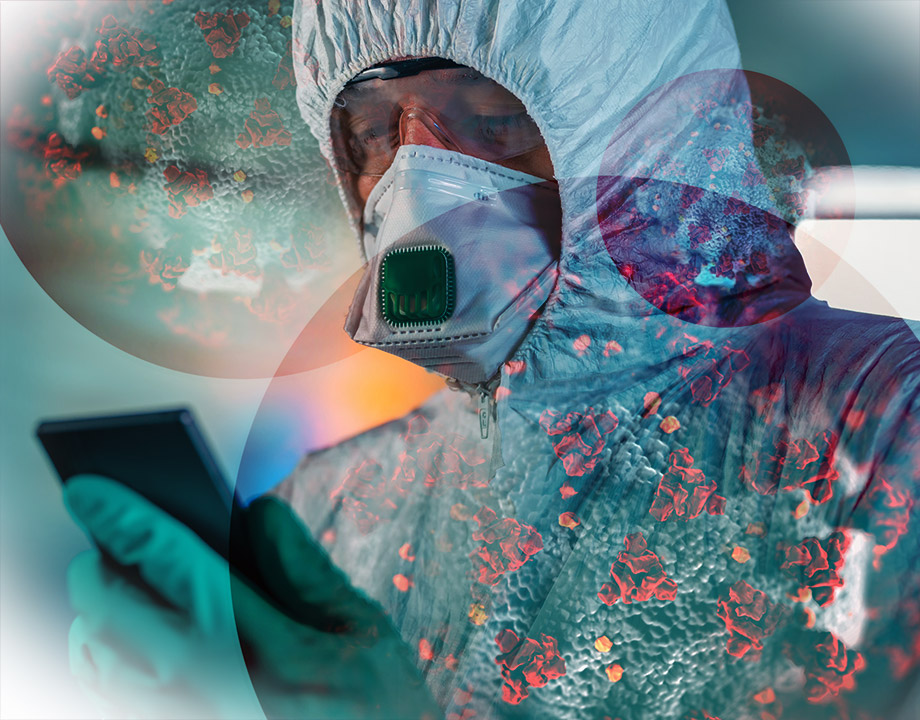 From supply chains to industrial investment to classrooms, Covid-19 is shaking up the engineering world.

Business and Career Support Oil and Gas Extraction
The new coronavirus is sweeping through the world like a scythe, disrupting not only our lives but also our jobs, companies, and industries. Whether we suddenly find ourselves telecommuting, facing unanticipated supply chain difficulties, or unable to run our factories, we’re all affected. This update looks at some of the ways this virus-borne disease, Covid-19, is reshaping the engineering world.


Covid-19 hit China first. To contain it, the government ordered a series of lockdowns that brought industry to a stall. As a result, Chinese automobile sales in February dropped a record 80 percent while exports declined 17 percent January and February. According to analysts at Brookings Institution, China’s February Purchasing Management Index (which assesses orders) collapsed to the lowest ever recorded: 26.5 for services and 35.7 for industry. A PMI below 50 indicates the economy is contracting.

Perhaps the most accurate measure of activity in China comes from NASA and European Space Agency satellites, which measure pollution. They found Chinese pollution fell 37.5 percent during February 10-25, compared with January 1-20. Some analysts believe that China could report the first quarterly decline since it began reporting GDP data in 1994. Still, workers are already returning to many Chinese factories and production is starting to ramp up again.

What about the rest of the world? The economies of Europe and Japan, sputtering along at the start of the year, rely heavily on trade and may have already fallen into a recession. Economies closely linked with China, including South Korea, Australia, and Japan, have also been hurt. The United States entered 2020 strong, but Covid-19 is already taking a toll.

Economists are trying to get their hands around how large an impact the virus will have. This is complicated for two reasons. First, there is still a lot we don’t know about the virus, such as its true fatality rate, whether it spreads slower in hot weather, or even how many people are already infected. Second, governments and businesses are moving with unprecedented speed to try to slow the spread of the virus by prohibiting large events, asking workers to telecommute, closing schools and colleges, shutting bars and restaurants, restricting travel, and asking people to stay at home. It is hard to say how well this will work.

A March 2 report by the Organization for Economic Cooperation and Development (OECD), for example, projects global GDP in 2020 to grow only 2.4 percent, 0.5 percent lower than its previous forecast, but it could fall as low as 1.5 percent if the pandemic is severe. A Bloomberg Economics forecast from March 6 projects global growth at 1.2 percent for widespread contagion and zero growth for a severe pandemic.

On March 15, after a week of U.S. shutdowns and lockdowns, Goldman Sachs predicted a recession. It projected U.S. GDP will show growth in the first quarter and decline 5 percent in the second quarter. For the full year, they expect the U.S. economy to grow 0.4 percent. This is one-third the growth rate Goldman had projected only a few weeks earlier, suggesting that the virus is tracking closer to a worst-case than a best-case scenario.


The U.S. and Chinese economies are tightly bound. Even with tariffs, many companies retained vendors and facilities in China. Covid-19 upended the supply chain that links the two nations. A recent Institute for Supply Management (ISM) survey of 628 purchasing managers taken by the between February 22 and March 5 shows the extent of the disruption.

The ISM survey found that nearly three-quarters of companies report supply chain disruptions due to coronavirus-related transportation restrictions. A full 57 percent reported longer lead times for tier-1 China-sourced components, with the average lead time twice as long as the end of 2019. Four out of five expect that COVID-19 will disrupt their operations and that it will get worse after the second quarter. Of those, one in six has revised revenue targets downward by an average of 5.6 percent.

More than half find it difficult to get supply chain information from China, and nearly half of all respondents are experiencing delays moving goods within China and loading them on the docks. And, on a sobering note, more than 44 percent of the purchasing managers said they did not have a plan in place to address supply disruption from China.


Russia and Saudi Arabia are having a price war over oil. Combine that with the rolling economic slowdown caused by the coronavirus (including travel bans) and no wonder the price of benchmark West Texas Intermediate crude fell to $31.37/barrel on March 13, from $63.27/barrel on December 27, 2019.

Why is this important to American industry? It has to do with the type of wells U.S. producers operate. These are shale and other “tight” wells that need continuous drilling and a flow of recovery chemicals and water keep the oil flowing. When oil prices are high, U.S. producers turn on the spigot. When prices decline, as they have as Russia and Saudi Arabia wrangle over market share, U.S. producers reduce their investment in pumping.

That investment accounts for a lot of business activity, from chemicals and the facilities needed to make them to drills, pipes, pumps, compressors and all sorts of industrial equipment. In fact, a decline in oil prices may have partially accounted for the decline in manufacturing between 2014 and 2016, while a rise sparked the runup in manufacturing from 2017 through mid-2019.

If U.S. industrial production is tied to oil prices, the future does not look rosy. The price war is bound to continue and Covid-19 is sure to take a toll. At the start of 2020, most analysts expected global oil demand in 2020 to rise about 1.2 million barrels/day. By March 9, the International Energy Agency’s March Oil Market Report was projecting a year-on-year decline.