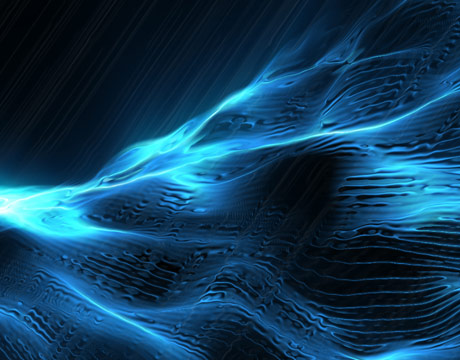 After the sun has gone down and the wind has stopped blowing, water in seas and oceans can be predictably used for energy production. Many hydrokinetic systems extract energy from waves whose motions are greatest at the surface of the sea. But because cables connecting energy to the power grid are sensitive to motion, floating or suspended systems whose cables are free to move about are subject to losses.

In addition to researching harvesting energy from waves, Swedish researchers at Uppsala University, Sweden, have taken a different approach. They have designed and are now testing complete systems that take advantage of motion due to currents below the sea's surface. Generating power at the bottom of the ocean where systems are protected from strong waves and floating debris, the cables can remain still, secured to the ocean floor.

The energy density of water is higher than air, so the same amount of power can be generated at lower speeds. Until recently, techniques for extracting usable energy from water moving at variable low speeds have been limited. Marine currents are very slow, about 1 m/s. Marine-current turbines operate at low rotational speeds, typically 5–30 rpm, but standard electric generators spin up to 100 times faster.

Prior attempts to connect slow-moving turbines to standard high-speed generators involved gearboxes, producing complex, bulky systems that required maintenance and were not cost-efficient. For cost-efficient, robust, low-maintenance operation at the bottom of the ocean, the approach the Uppsala University group has taken directly connects a slow-moving turbine to a low-speed electric generator, with as few moving parts as possible.

The directional vertical-axis turbine they've developed has no blade-pitch mechanism, no yaw mechanism, no gearbox, and no oil or grease required. Recessed into a gravity foundation on the sea floor, the turbine is mounted with a "direct drive" onto a generator designed to efficiently generate power at low speeds.

Permanent magnets are used in these generators, and the key is having many poles, says Mats Leijon, research director and Uppsala professor. Traditional electromagnets cannot be used because their losses are too high at low speeds. Both iron bore and ferrite magnets are possible, and how they are wound affects efficiency, with wave windings being preferred over traditional sling winding distributions, says Leijon.

The greatest challenge has been in this direct connection. "Combining the two different disciplines of flow in turbines using Navier Stokes equations on one side with Maxwell equations on the generator side, connected by a rotating shaft, is a theoretically interesting problem, but very difficult to solve" says Leijon.

Turbine design and modeling presents another challenge due to the lack of experimental data for comparing and validating models. Leijon explains that data does exist for low-speed generators, but there is not much for undersea turbines. The aerodynamic data of turbines used in wind power is similar to the hydrodynamic data of undersea turbines, but needs to be verified at low speeds.

The turbine blade design (size, number, solidity) depends on its location, depth, and the flow profiles of the moving water it will encounter. Flow profiles determine the forces the blades will encounter and can help researchers understand structural and mechanical effects of friction against the sea floor, which can also cause vertical velocity variations and shear.

Flow profiles are easier to measure in a river than in the ocean, and years of abundant flow data down to the hour is known for some rivers where hydroelectric power is generated, so proof of concept has begun there.

Hydrokinetic power has been successfully generated under varying conditions on the bottom of riverbeds, and three different system designs have been tested. This research is bringing to light the performance and tradeoffs of different designs and will validate and improve detailed simulations for operating on the ocean floor. Ultimately, this work could lead to the development of economically feasible, full-scale commercial power farms in the near future.