A Green Alternative to Insulation Materials

A Green Alternative to Insulation Materials 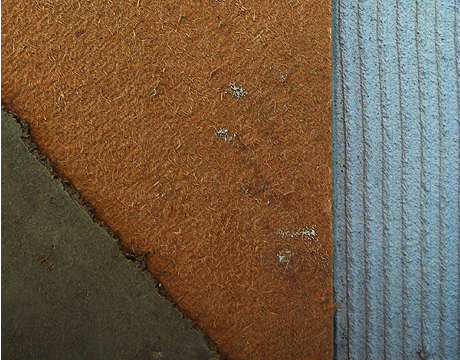 As demand grows for “green” construction materials, more builders are starting to take a serious look at “hempcrete”: a mix of hemp fibers and cement-like binders that can serve as an effective building envelope.

Hemp is a low-maintenance, fast-growing crop that thrives in both temperate and tropical climates. It also absorbs a significant amount of carbon dioxide during its growth process, making it a naturally environmentally-friendly crop to cultivate. For centuries hemp has been used to manufacture paper, fabric, rope, and other products. Over the last two decades, hempcrete has become increasing popular as a building material in Europe as engineers and builders learn more about its mechanical properties.

Hemp is an important agricultural crop in Manitoba, where it is mostly used for seed and oil. The leftover cellulose wood core, called the “hurd,” can then be mixed with binders and water to form hempcrete.

“Hempcrete is used as an environmental barrier for providing resistance to heat transfer and managing moisture of the building envelope,” says Kris J. Dick, an associate professor in the Department of Biosystems Engineering at the University of Manitoba in Winnipeg and director of Alternative Village, its construction research facility. “Engineers and architectural designers practicing in the field of nonconventional material applications have clearly indicated a need for more design data regarding hempcrete.”

Testing Hempcrete in a Northern Climate

To provide this data, Dick conducted research using a 23.8-square-meter test building at the Alternative Village. The purpose was to compare the thermal, moisture, and energy performance of the hempcrete structure to that of a conventional, wood-framed, batt-insulated building. “We wanted to determine the efficacy of hempcrete as a viable insulation material for use in wall systems in the harsh prairie winters,” Dick adds.

The walls of the hempcrete building consisted of 300-mm-(11 and 7/8 in.) thick prefabricated hempcrete panels. The sill and top plates were constructed using 300-mm laminated veneer lumber with 38 x 140 mm (2 x 6 in.) dimensional lumber vertical members. Each panel was 1.62 m in width with an overall height of 2,440 mm (8 feet). Hempcrete was placed into the panels in 200-mm layers using slip forms up to the form height, and then left for 24 hours before the process continued. The exterior of the hempcrete structure was finished with a wood paneling offset from the framing with 19-mm (3/4-inch) strips to provide a rainscreen. Typar, a weather-resistant house wrap, was used on the surface of the hempcrete.

Temperature was monitored at 40 locations within the envelope (at the interior, middle, and exterior), providing a profile through the wall system. Similarly, relative humidity was monitored within the wall and used in conjunction with a sorption isotherm to estimate the moisture content within the assembly. The building was kept at a constant temperature during the heating season with the energy consumption monitored continuously.

“Investigation of the relative humidity through the wall shows that the internal portion of the wall manages moisture in a consistent manner,” says Dick.

A possible concern, he notes, is that a house wrap or air barrier on the exterior of the hempcrete may not allow moisture within the wall system to exit at an acceptable rate.

“From a building function point of view, hempcrete manages moisture within the wall by allowing water vapor to move through the building envelope,” explains Dick. “As long as the hempcrete is combined with a ‘breathable’ cover, such as earth or lime plaster, then the system will manage moisture. Hempcrete could also be considered as a mass wall with the ability to store heat energy when used in conjunction with passive solar design.”

The power consumption of the hempcrete structure was 153.9 kWh, while the R2000 was 118.8 kWh. Although it may not have performed as well as the R2000 building, an increase in wall thickness will likely improve thermal performance.

“Ongoing and future research includes investigating other binders that are natural materials and ideally by-products of industrial processes,” says Dick. “We are also looking at ways to increase hempcrete's structural strength without compromising its thermal resistance—another challenging direction for research.”

For Further Discussion
Hempcrete is used as an environmental barrier for providing resistance to heat transfer and managing the moisture of the building envelope.Kris J. Dick, University of Manitoba