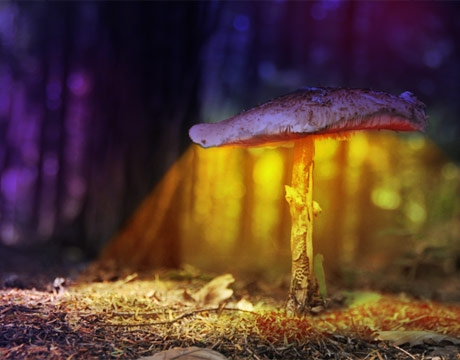 A husband-and-wife engineering team at the Bourns College of Engineering (University of California at Riverside) is cooking up a new recipe that uses mushrooms to replace graphite in lithium-ion batteries to power everything from cell phones to electric cars.

Cengiz Ozkan, professor of mechanical engineering and materials science and engineering, and Mihri Ozkan, professor of electrical and computer engineering, and three of their current and former students, have developed a new kind of lithium-ion battery anode using portobello mushrooms. They hope this plentiful and biological ingredient can eventually replace the current industry standard of synthetic graphite, which is harmful to the environment during purification and preparation and costly to manufacture.

Why mushrooms? Not only are they environmentally friendly and less expensive to produce, they are expected to be more efficient, too.

Their work is especially important because of the increasing demand for lithium-ion batteries, widely used in consumer electronics and electric vehicles because they are smaller and lighter than traditional batteries and discharge less power when not being used. Navigant Research predicts that the demand globally for lithium-ion batteries for light duty and medium/heavy duty vehicles will almost quadruple by 2024.

The Ozkans’ respective labs have been collaborating and working on batteries and capacitors as an energy storage medium for about 10 years, testing different types of anode and cathode materials. They have noticed that while computer performance and data storage has improved with each new model year after year, battery capacity hasn’t, and one of their goals is to change that.

“Over the years, we learned that porosity is quite important for the anode especially in terms of pushing more lithium in and increasing the capacity,” Mihri Ozkan says. High porosity, in other words, having many small spaces for liquid or air to pass through, creates more space for the storage and transfer of energy, which in turn, improves battery performance.

“We also said that we want to find a green solution," she notes. “We don’t want to use any harsh chemical or acid bases, and we were looking around in nature to see what we have. That’s how we started.”

She says producing one pound of graphite requires the use of up to 300 kilograms of acid and more than 2.5 pounds of water. “Imagine how much wastewater with all these contaminants you are creating and then dumping into the drain. This is clearly causing a serious problem and we wanted to find an alternative that is green and sustainable so that we can meet [growing] demand,” she says.

Past research had shown mushrooms are highly porous. “If you turn a mushroom upside down you see these ribbed structures naturally that show right away you have different levels of porosity,” explaines Cengiz Ozkan. “We had to experiment with different temperatures and different process conditions, and we ended up optimizing the process.” The heat treatment that can range from 700 to 1,000 degrees Celsius turns the nano-ribbon-like structures into an interconnected porous carbon nanoribbon.

Another benefit that comes from the mushroom is high potassium salt concentrations, which allow for additional electrolyte-active material over time. “You see a gradual increase in the battery performance,” says Cengiz Ozkan. “All the time your battery is becoming better, more efficient because more pores open up over time as you use the battery. This is the opposite of batteries now, which decline with use.”

According to press materials, graduate student/researcher Brennan Campbellsaysusing battery materials like this means battery life in cell phones, laptops, and tablets may increase after many uses, rather than decrease, due to the activation of pores hidden within the carbon architectures as the device charges and discharges over time.

The Ozkans’ research findings were published in a September 2015 paper in the journal Nature Scientific Reports. Patents have been filed, and the engineers hope to collaborate with a major car or battery manufacturer to commercialize their technology and develop the next generation of batteries.

Mihri Ozkan says their labs are already working with industry on various other projects. “It benefits both sides,” she says. For industry, it is working with experts and researchers in the field, and for the researchers, it provides feedback from industry about how things must be aligned or realigned to meet market needs.

Unlike many research projects, which can take years tobe commercialized, this one may not take long with the right interest and financing, the two believe.

“We can implement this in a few months if a company wants to get going,” Cengiz Ozkan says.

Learn about the latest energy solutions at ASME’s 2015Power & Energy Conference and Exhibition.

For Further Discussion
Imagine how much wastewater with all these contaminants you are creating and then dumping into the drain. This is clearly causing a serious problem and we wanted to find an alternative that is green and sustainable so that we can meet demand."Prof. Mihri Ozkan, University of California, Riverside

QUIZ: What Do You Know About Offshore Oil Production?

6 Top Trends in Industrial Robots for 2021